A U.S. adventurer just became the first to reach all of the world’s deepest spots 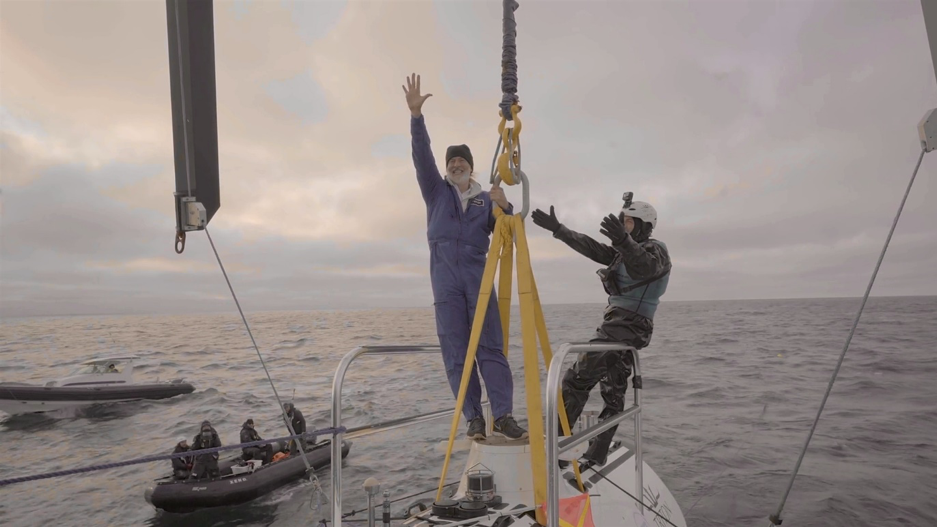 Since December 2018, Popular Science has followed extreme adventurer Victor Vescovo around the globe as he worked to be the first human to touch the deepest point in all five oceans. In chronicling his quest, dubbed The Five Deeps, we uncover the technologies, discoveries, and controversies that come with diving to into this largely unexplored world beneath the surface.

There aren’t many firsts left, and adventurer Victor Vescovo knocked off arguably the last major one — at least here on Earth — when he reached the Molloy Deep, the bottommost point in the Arctic Ocean, on August 24. That dive, embargoed until yesterday, was the final of the so-called Five Deeps mission, Vescovo’s quest to reach the absolute lowest spot in each ocean.

Starting in December 2018 off Puerto Rico—where PopSci followed Vescovo’s first attempt from aboard the mission ship—the Texas businessman’s submersible, Limiting Factor, carried him solo to the deepest points on the planet. Over 10 months, Vescovo, his crew, and a scientific team circumnavigated the globe aboard the sub’s mother ship, Pressure Drop, covering more than 46,000 miles. Vescovo says that the expedition discovered perhaps 40-plus new species, corrected underwater maps, and studied the places known as hadal zones for pollutants and microscopic creatures. The effort culminated in last week’s dive off Svalbard Island.

Vescovo and his crew had to race bad weather and a dangerous sea ice pack to make a series of dives in the Arctic Ocean during a brief window of calm. Had they missed out, had the weather not calmed, Vescovo may have had to wait an entire year for another chance to reach the Molloy Deep.

First, Vescovo dove alone to the bottom of the 5,500-meter trench, and found it—compared to the other, deeper deeps—to be teaming with wildlife. The next day, he took mission geologist Heather Stewart down, riding shotgun in Limiting Factor, and twenty-four-hours later, Alan Jamieson, the mission’s chief scientist and one of the world’s hadal zone experts. “We showed what a great science collection and observation platform [the sub] can be,” says Vescovo.

Technically, Vescovo has finished his mission, having accomplished his goal: to be the first human to reach the five deepest points in a reusable sub that can continue visiting the ocean floor. But he’s not ready to stop. Vescovo thinks he’ll return to the deep Pacific trenches next year, perhaps to descend to ones that remain unexplored — such as the Philippine Trench. “It can be addicting, diving into places where no person has ever been before,” he says. “A big itch was scratched, but another one inevitably comes up nearby.”

Vescovo is even more convinced of an assumption he held before Five Deeps: We still have so much to learn about the deep ocean, about its biology and geology. That idea has been reinforced by team members like mission director Rob McCallum, and deep sea pilots like Don Walsh—who with Jacques Piccard had been the first to reach the lowest spot on the globe, the Mariana Trench, in 1960—and Paul Henry Nargeolet, who led several expeditions to the wreck of Titanic.

“We created the first deep-water baseline ever—the same ship, same tools, even the same crew—analyzing the water and mapping the seafloor,” Vescovo says, “so that ten, or even hundreds of years from now, there will be a detailed data baseline to compare the present to. No one has ever done that for the five deepest points in the oceans. And hopefully, this system is just getting started on its scientific contributions.”

The expedition made over 100 deep-sea lander deployments in thirteen locations, recorded over 500 hours of high-definition video in the deep oceans, and collected more than 400,000 biological samples, 1.5 million meters of water data, and samples of bottom water at every deep, to be shared and studied by scientists.

From the outset, the ambition was not simply one man’s mission to plant a flag in history. It was, Vescovo says, to start something. He commissioned and paid for this reusable full-ocean-depth submersible with the idea that it would carry on after him. He’d like Limiting Factor to go into regular use for other scientific and exploratory missions.

“I sincerely hope that what we did was build a new system that can reliably go to the bottom of the sea floor, anywhere, and do really meaningful science and observation,” Vescovo says. “No tool like this has ever existed, and it is about time we started methodically filling in the blank spaces in all the deep parts of our oceans….This is just the end of the beginning.”