Great white shark sightings are up in the US, which is kinda good news 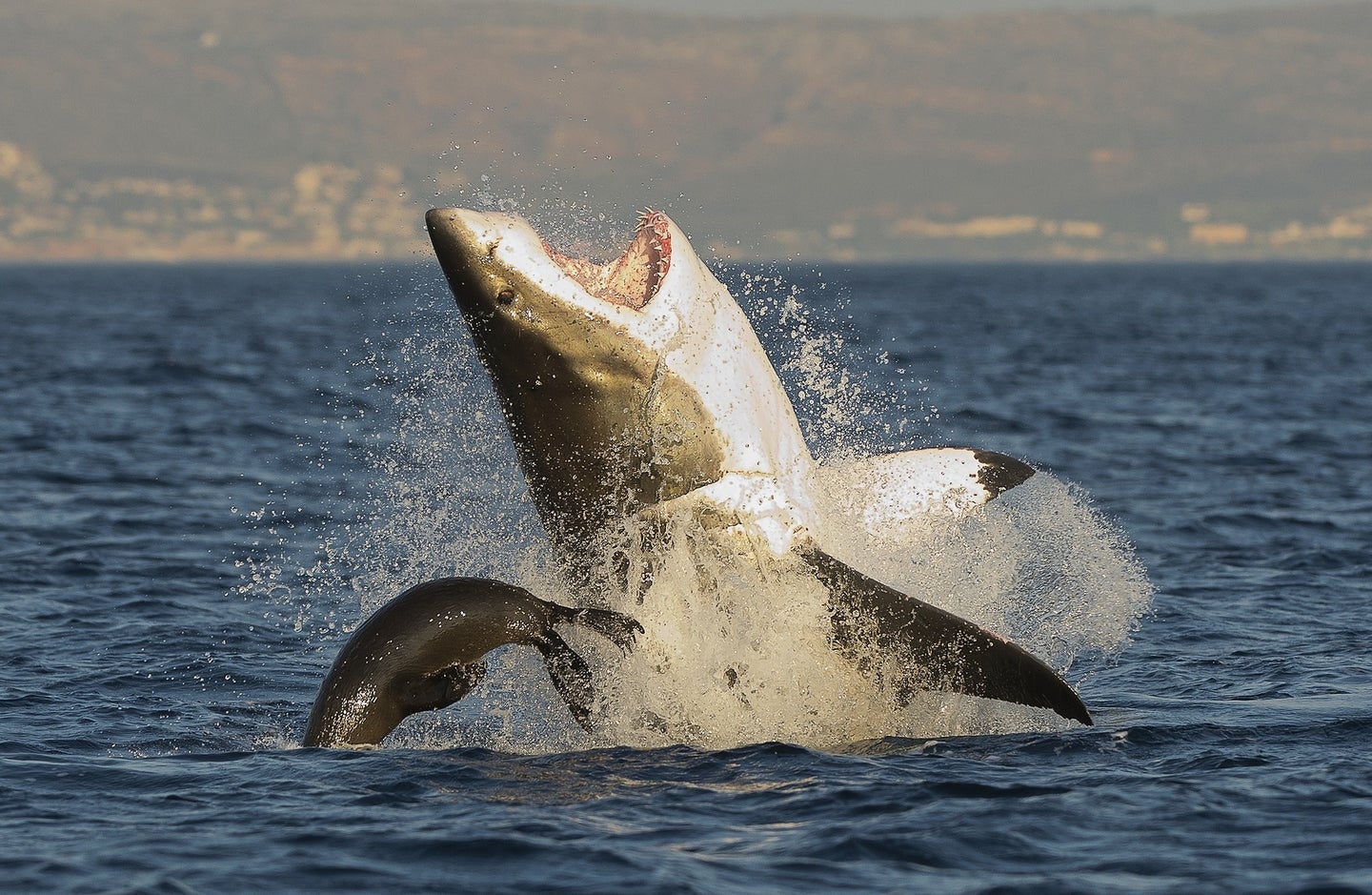 Do you taste like a seal? No? Then a great white shark doesn't want to prey on you. Deposit Photos
SHARE

This summer has seen a historic number of shark sightings and encounters along US coasts. Especially at beaches on Long Island, New York, and Cape Cod, Massachusetts, where several shark bites prompted beach closures, there are growing concerns of threatening predators filling up the waters.

“I’ve always thought ‘shark-infested waters’ is a funny term because sharks live in the ocean—really, it’s people-infested,” says Carlee Jackson, a shark researcher and the director of communications for Minorities in Shark Sciences. “Just because they scare us doesn’t mean that they’re not important for the ecosystem.”

Indeed, based on experts’ best guesses as to why people are seeing (or occasionally being attacked by) sharks more frequently, there’s no need to panic. In fact, it’s probably a sign that coastal biomes in the US are healthy. The increase in shark sightings, biologists think, is due to growing populations, more folks in the water, and better technology for both experts and the public to see and track the marine creatures. With efforts that began decades ago to protect sharks now paying off, it’s on humans to understand how to stay safe in the ocean.

[Related: New tags can track sharks into the inky depths of the ocean’s Twilight Zone]

Unprovoked great white shark attacks in particular are still incredibly rare—so much that driving to the beach is riskier than running into sharks there. And while the number of shark bites did increase in the US last year (73 in 2021, compared to 52 in 2020), only one person died—fewer than the 11 killed by lightning strikes in the same year.

Data around sightings is a little hazier because people often mistake various other swimming creatures, like seals and different shark species, for great whites, which are the most dangerous. Not because they’re more aggressive, but because even a small bite from them can do a lot of damage.

“The only way sharks can figure out what something is is by biting it,” Jackson explains. Once the shark realizes you’re a human, not a seal or fish, they almost always will move on.

John Chisholm, an adjunct scientist at the New England Aquarium, sees firsthand just how often people’s fear or excitement messes with their ability to judge what is and isn’t a great while. Part of his work is verifying public submissions to the Atlantic White Shark Conservancy’s tracking app, Sharktivity. With the app, people can report sightings along the Massachusetts coast, receive notifications of confirmed sightings near beaches, and check recorded locations of tagged great white sharks.

“Most of the reports are not actually sharks,” says Chisholm. “But it’s kind of a good thing, because it means people are paying attention. And we still have to err on the side of caution, because we know the sharks are out there.”

Misidentifications by citizen scientists aside, researchers are fairly confident that great white populations are increasing, at least in US waters. Populations of the species around North America have grown steadily in the past three decades, thanks to federal and state laws preventing people from killing them or catching them accidentally, and protecting their prey (seals in most cases). Still, great whites in most other parts of the world are struggling.

Chris Lowe, the director of the Shark Lab at California State University Long Beach, also points to better technology as key to improved scientific and popular understanding of sharks’ numbers. The widespread use of GoPros, phone cameras, and drones have been useful tools for biologists, and have made it easier for more beachgoers to capture and disseminate videos, photos, and shark alerts.

Climate change could be behind the increase in shark sightings and encounters, too, according to Lowe and other researchers. Warmer temperatures are forcing more people to hit the ocean to escape the heat, increasing the odds that someone will bump into a shark cruising the shallows. “Millions of people are using SoCal beaches alone,” Lowe explains. “And the more people there are in the water, the greater the probability of an encounter.”

Shark researchers like Lowe don’t know exactly how healthy the great white population is right now, because there isn’t good data on their numbers before they were overfished in the 1970s and ’80s. For the same reason, they’re not sure when the species’s population will stop increasing. But it’s a heartening example of successful conservation interventions that could be applied to other shark species and populations around the world. “Sharks have been around for around 450 million years, before trees existed,” says Jackson. If humans aren’t killing them or their prey, she says, “It’s amazing how resilient they are.”

On the flip side, like cougars, wolves, and other large predators that people brush up against, sharks basically never kill and eat humans for prey. But since accidents can happen, Chisholm and other shark experts recommend taking precautions when entering salt water, just like you would for a hike in bear country. Taking steps to avoid the cartilage-filled predators, and appropriate responses if you do bump into them, have been shown to vastly improve your chances of walking (or swimming) away from surprise encounters unharmed.

[Related: You should never have to fight off a shark—but here’s how to do it (just in case)]

“If you’re going into the ocean, if you’re going into a wilderness area, you have to be proactive,” Chisholm says. “Before you go to the beach, you check the weather and traffic. Take a moment to check Sharktivity and with the local lifeguards [for shark sightings], too.” Staying in groups further decreases the odds of a violent encounter, and removing jewelry, which might flash like a fish that younger sharks prey on, is also a good idea.

Most importantly, pay attention to your surroundings when you’re in the water. Don’t just steer clear of fins—also look out for anything sharks actually do want to eat, like fish schools, seals, and bait. There are more sharks and humans in the water than there used to be, but there should also be plenty of room for both to coexist.