By diving into archives, scientists confirmed that floes are melting faster than ever before. 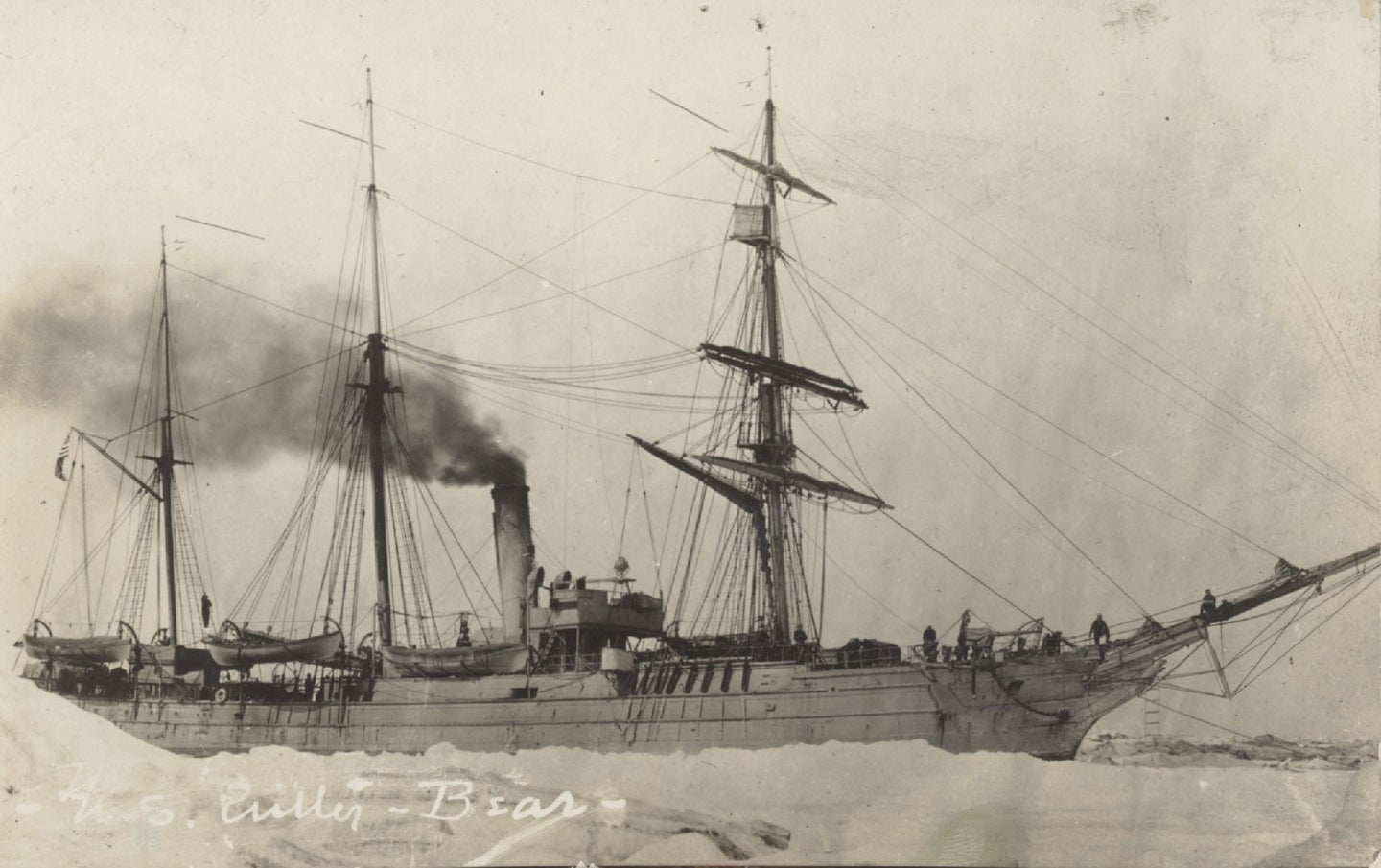 When retired Canadian meteorologist Michael Purves transcribes the handwritten notes from an ancient ship’s log, he finds himself transported back in time a century, imagining he is on board an old cutter, a fast-moving patrol boat, as it sails through the Bering Sea.

In August 1919, for example, the cutter Bear, one of the forerunners of today’s Coast Guard, was en route to remote villages north of Nome, in modern-day Alaska, carrying supplies and people when it ran into heavy ice. The crew had no choice but to stop and wait for the winds to shift.

“Stopped, dropped kedge [secondary anchor] to await an easterly shift of the wind, to clear sea of ice for further progress to the northward and eastward,” the Bear’s navigator wrote. “The continual S.W. and South winds have banked ice up along the Alaskan shore, and made an impenetrable barrier… On account of the leaky condition of the boiler, it is not deemed expedient to stand to the northward and westward for a clear passage, because of the liability of strong east winds moving the pack off shore, thereby imprisoning the vessel and making extrication impossible.”

“They couldn’t make further progress north because the ice was too solid, and they were afraid of getting trapped in the ice,” Purves said. “The Bear used both sail and steam. With a leaky boiler, they would have to rely on sail, and it would be difficult to extricate themselves from the ice without having reliable steam power.”

The mission of cutters like the Bear was to protect lives and property at sea. That included combatting smuggling and the poaching of marine mammals. Boats like the Bear also brought medical supplies and care to native communities, including in the aftermath of the devastating Spanish Flu epidemic.

Those early navigators continue to serve the country up this day. Though they couldn’t have imagined it, their handwritten chronicles provide 21st Century scientists with important clues about the fate of sea ice under a warming climate.

Until recently, logs like these were not easily accessible, and could only be viewed at the National Archives. But digital imaging—and painstaking work by volunteers like Purves—have enabled scientists to learn about ocean conditions in the 1900s, specifically sea ice.

Before, computer models approximated ice loss based on data obtained from satellites images beginning in 1979 and from fixed instruments and submarine observations. The models could estimate what had the Arctic had looked like a century ago, but until now, they couldn’t confirm their calculations were correct.

Information gleaned from the old logs corroborates computer models generated by the University of Washington’s Pan-Arctic Ice Ocean and Modeling System, or PIOMAS, scientists said. The logs confirm what the models have estimated—that Arctic sea ice loss has been unprecedented.

“The current rate that Arctic sea ice is disappearing is the highest it’s been over the past century-plus,” said Kevin Wood, a researcher at the Joint Institute for the Study of the Atmosphere and Ocean, a partnership between the University of Washington and the National Oceanic and Atmospheric Administration. He said the logs illuminate this fact, and are especially valuable because they had not been used in earlier studies.

Wood and collaborator Axel Schweiger, a sea ice scientist at the University of Washington’s Applied Physics Laboratory, recently authored a study describing the extent of sea ice loss with input from logbook observations. Their paper appears in the Journal of Climate.

“We actually compare the ship log information directly against our [computer model],” Schweiger said.” I don’t think this has been done for sea ice before.”

Moreover, it’s believed to be the first time sea ice information from ship logs has been extracted using a crowdsource approach, Schweiger said. “Previous efforts have focused on weather recordings or ocean temperatures,” he said. “Transcribers actually had to read difficult-to-decipher text and search for terms relating to sea ice. I think this is novel.”

Citizen scientists like Purves spent many hours poring through the handwritten notes as part of the Old Weather project, established in 2010 in the United Kingdom. People can volunteer at the site and also interact with others on the site’s forum.

It can be difficult to transcribe the near-illegible handwriting, according to Wood, who runs the U.S. part of the project. Nevertheless, key words provide hints about the status of the ice, he said. For example, “steaming full ahead” or “underway,” indicate clear sailing in open waters, while “steering various courses and speeds,” suggests the presence of ice floes, or “beset,” means the vessel probably was ice-bound and stuck. Scientists will review those transcribed passages and try to put a number on the amount of ice present.

“They can also look for other clues in the logs,” Purves said, for example whether they have removed their “patent log” from the water, a mechanical device that measures the speed and distance traveled. “In icy waters, they will take the patent log out of the water so it won’t be damaged by the ice,” Purves explained.

Also, he said, “Often in icy waters, they change course very frequently and their speed is very slow, so slow speeds and variable courses can be a sign of icy water.”

Because the navigational notes are so thorough, scientists can pinpoint the ship’s position in time and space, often hourly, and better characterize the kind of sea ice the ship has encountered — for example, thin or scattered pieces of ice versus the more large, impenetrable chunks, Wood said. “They provide a level of detail not found anywhere else,” he said.

Wood, himself a former merchant marine officer, believes much will be learned about the sea ice once the work is complete. “The other piece that is important to me personally is simply documenting what has already disappeared,” he said. “I think when we’re completely finished with this collection of logs, we will find there were particular sea-ice phenomena—giant floe-bergs 60 feet tall, for example—that are now very rare, if not entirely gone.”