The sun can help break down ocean plastic, but there’s a catch

With the help of sunlight, plastics in the ocean dissolve into carbon that some microbes will turn into food. 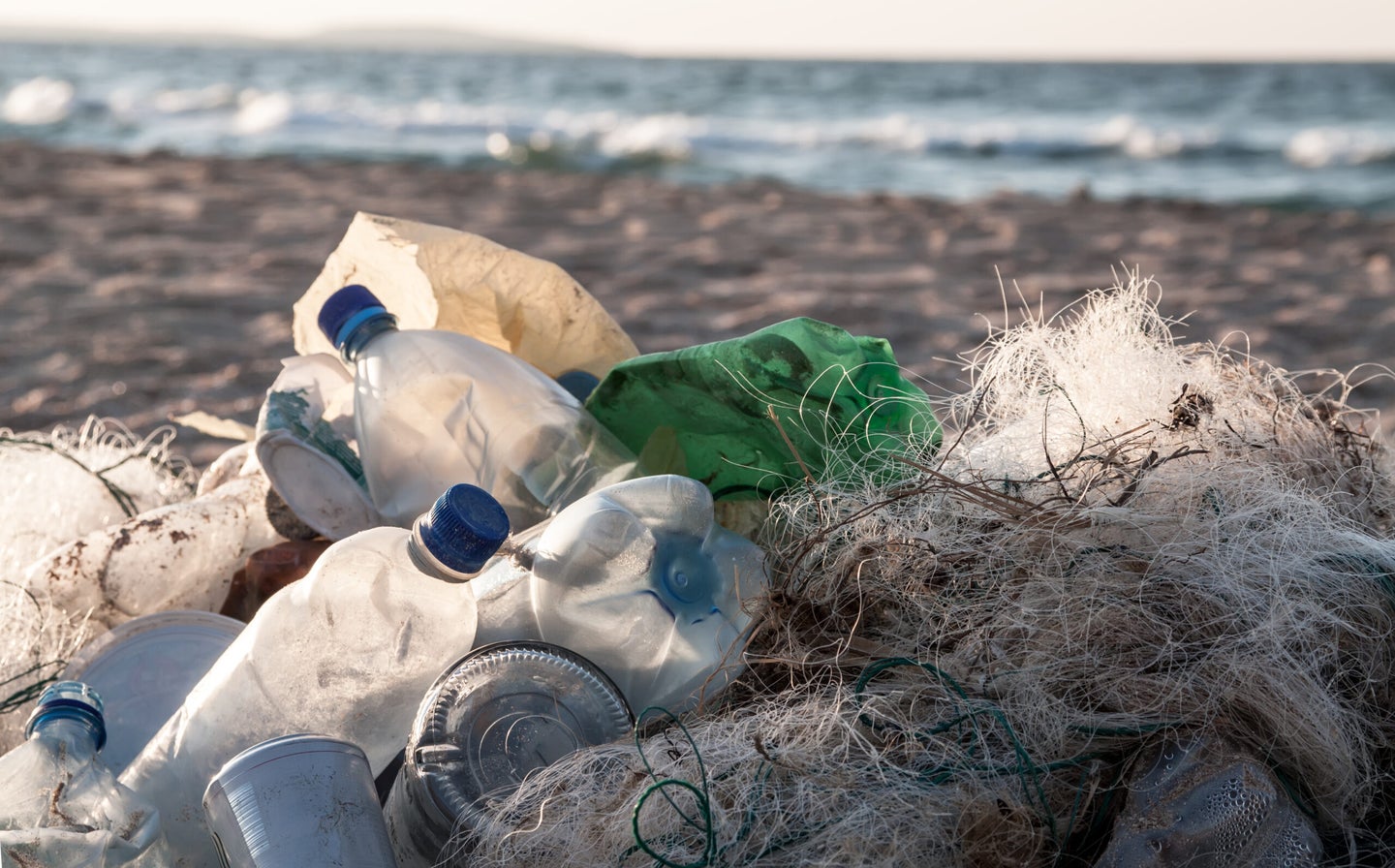 As of 2014, 5 trillion plastic pieces are floating around the planet's oceans. DepositPhotos
SHARE

What if the plastic in the ocean could burn itself up?

This thought might not be too far from the truth. A recent study in the Journal of Hazardous Materials found that when four different types of post-consumer microplastics collected from the waters of the North Pacific Gyre were placed under a solar simulator, they dissolved into organic carbon.

Currently, scientists predict that 5 trillion plastic items, most of which are teensy microplastics, are currently floating around in the world’s oceans, weighing over 250,000 tons. Still, researchers have estimated that the plastic found at the surface of the sea is only around one percent of the plastic that has gone into the oceans.

However, the plastics on the surface are unique in that they are exposed to sunlight. And, since plastics are made of polymers of carbon, that sunlight breaks down larger plastics into carbon over time, says Aron Stubbins, an author of the study and professor of marine sciences and engineering at Northeastern University.

This dissolved organic carbon was then, for the most part, munched up by marine bacteria in the water, which then likely converting it to carbon dioxide.

“They just see it as another food source,” Stubbins says.

To Stubbins, it looks like the way plastic can do the most harm is with large pieces, since they can end up in the stomachs of marine life and seagulls far before the sun can convert them into carbon.

The trouble, he says, is not so much on what they might release into the ecosystem but rather their physical presence in the water. “It’s more that they’re a physical nuisance, whether that’s to us as an eyesore and a reminder of the damage that they are doing to the planet, and to other organisms that might mistakenly eat them,” Stubbins says. “It’s more that they are a physical pollutant, in that sense, rather than a chemical pollutant.”

It might be a bit of a jump to start thinking about how this new knowledge might impact cleaning up the ocean in the future, Ward says.

“But going down this path, once more and more work is done, and we find out how general these findings are, we ultimately can think about incorporating this kind of information into models that would optimize clean-up operations,” Ward says.

While most of the dissolved microplastics just meant more food for microbes, one of the four plastics tested in the study actually harmed the bacteria. Stubbins says he’s not sure if it killed them off or inhibited their growth. Still, they definitely were knocked off their track compared to the same bacteria in plain seawater.

There are lots of different ways to make plastic, so of course, there is potential for some types to cause harm in their dissolved form. It’ll take a bit more investigation to see how prevalent this unpleasant side effect is, Stubbins says.

“In some ways, it’s a relief that certain materials don’t last forever in the environment, but on the flip side, we have to exercise caution about the impacts of these transformation products,” Ward says.

Not to mention, there’s a lot of plastic in the world, say the bits that end up a river, that exist in more significant concentrations than the ocean, Stubbins says. The ocean is enormous. So when sunlight breaks down the plastic, the byproducts of those chemical reactions are far more diluted in the sea than they would be in smaller water sources, such as rivers or streams.

Some next steps for Stubbins are looking deeper into the timeline of the breakdown of plastics—how long it takes, what the drivers are, and how chemistry and the size of the materials each play a role.