They shoot jets of water out of their butts to toss their poop into the air. 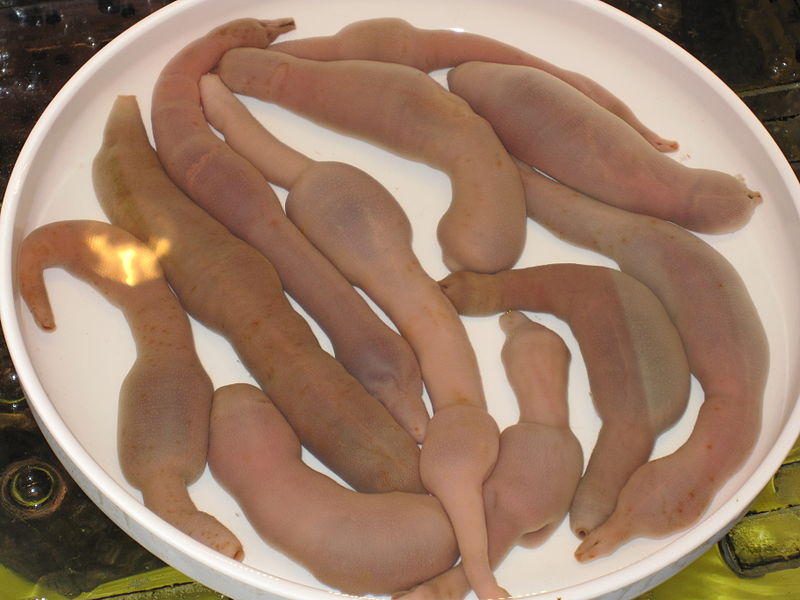 There’s something lovely about going to a beach in the winter. The cool, salty breeze whips through your hair like you’re some kind of Byronic hero, alone with only your thoughts and the sea—and, in some cases, several thousand wriggling penis fish.

That’s what happened earlier this month at Drakes Beach in Inverness, CA, according to Bay Nature’s “Ask the Naturalist” column. The photo, which biologist Ivan Parr admits may rightfully offend some viewers, shows “thousands of 10-inch wiggly pink sausages” strewn across the sand—and this is not a one-time occurrence. Penis fish have stormed our shores before, and they will surely invade again.

What is a penis fish?

A penis fish is neither a penis nor a fish. The first is probably obvious, though we wouldn’t fault you for some momentary confusion on that front. Urechis caupo is actually a species of spoon worm. They’re related to segmented worms like leeches and earthworms, but lost their body segments over the course of their evolution to become smooth in a way that is, frankly, unsettling. Their more polite common name is the “innkeeper worm,” due to their accidental altruism in creating tunnels that other critters can live in.

Some people eat them!

Where did the penis fish come from?

The penis fish were right there all along. The species hangs out in the muddy sand of shallow waters that stretch from southern Oregon to northern Mexico, digging U-shaped burrows to squirm around in. One end of those burrows is often capped with blob of mucus, which the penis worm expels to act as a sort of net in which to catch plankton and other small food particles during high tide. The other end usually features a pile of poop, which the penis worm blasts out of the tunnel by shooting a jet of water out of its anus. A whole host of other tiny beach critters find these accommodations quite agreeable, and eat any mucus-caught food particles that are too large for their hosts’ tastes. Unfortunately, strong storms have the power to evict the entire bunch of them by stirring up the muck—which is exactly what happened at Drakes Beach.

Because the world is a horrifying place. And because there are only so many things you can look like when your whole body is just one tube. See also: shipworms. Relatedly: hagfish. Consider, too, the time that a mission to explore the depths of the Australian Eastern Abyss turned up at least two animals that look just like penises. Finally (and unfortunately) we must point out that geoducks exist.

But worms and clams and eels and deep-sea monsters aren’t the only offenders: Naked mole rats don’t win many “definitely doesn’t look like a penis” pageants, either.