Rights of Nature laws generally are designed to encourage people to rethink their relationship to the environment. 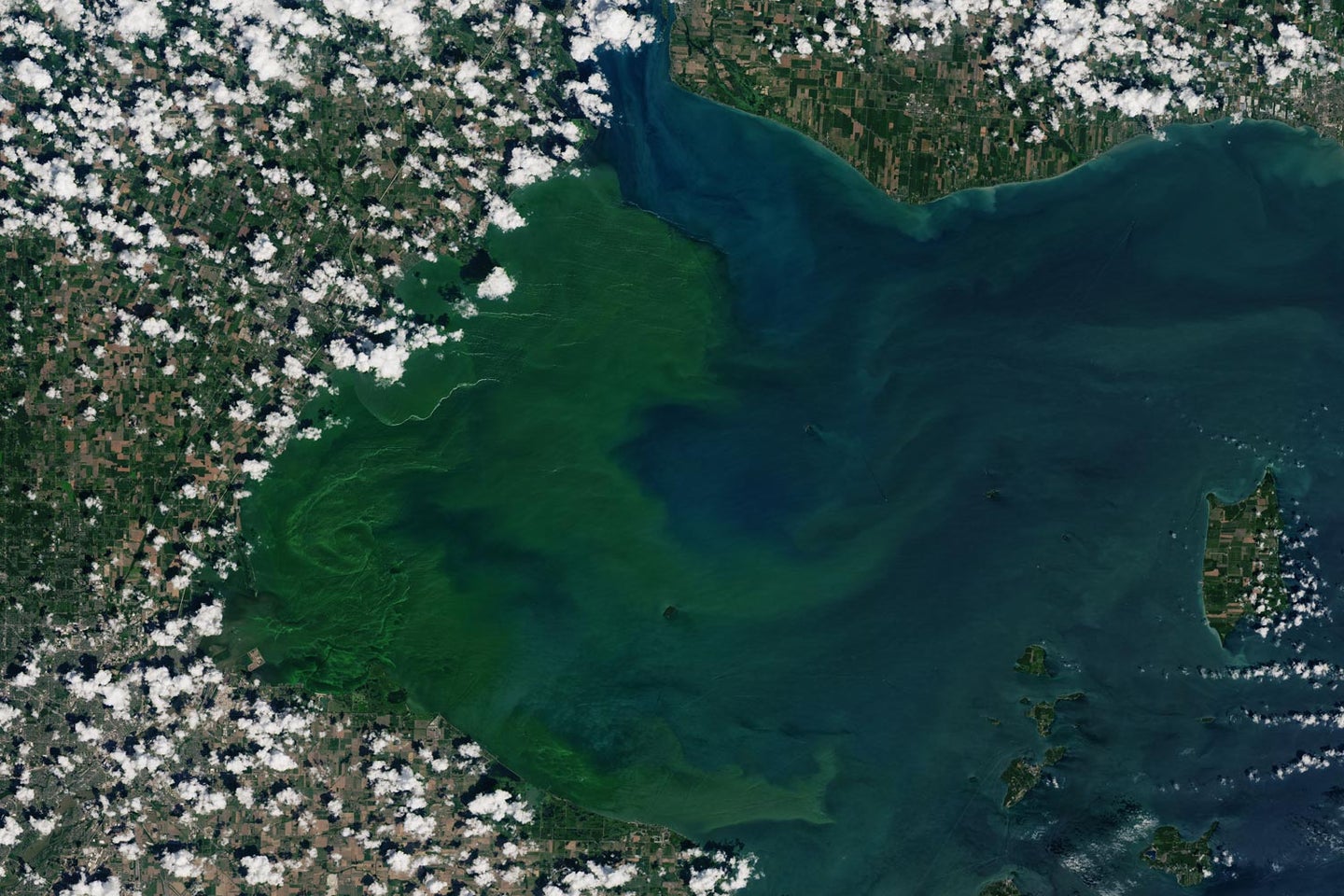 August and September are peak months for harmful blooms of algae in western Lake Erie. This year’s outbreak covered more than 620 square miles by mid-August. These blooms, which can kill fish and pets and threaten public health, are driven mainly by agricultural pollution and increasingly warm waters due to climate change.

Advocates are looking for new ways to combat this problem. On February 26, 2019, Toledo citizens passed the Lake Erie Bill of Rights, which gives the lake the right to “exist, flourish, and naturally evolve” and awards citizens the right to a “clean and healthy environment.” They join a growing movement—referred to as “Rights of Nature”—providing legal personhood to natural entities.

In theory, this action could make it possible to hold corporations and governments liable for polluting the lake. But while the concept is finding support abroad, it faces hurdles in the U.S. The Lake Erie law was immediately challenged in court by an Ohio farm and has yet to take effect.

My work focuses on international and comparative law related to environmental justice and human rights. I recently spent time in New Zealand researching the impacts of a 2017 law giving the Whanganui River its own legal identity. What I saw there convinced me that providing legal standing to a natural entity is a viable method of environmental protection. In my view, however, the processes that advocates use to enact Rights of Nature law critically influence whether these efforts will succeed.

Rights of Nature laws generally are designed to improve environmental protection and encourage people to rethink their relationship to the environment. Instead of viewing nature as a commodity that exists for humans to use, and abuse, these statutes consider nature as important for its own sake.

Measures awarding legal status to nature have been adopted in Ecuador, Bolivia, Colombia, New Zealand and Bangladesh, and by several Native American nations, including the Ho Chunk and White Earth. Other efforts are underway across the country, including in Oklahoma and Oregon.

Local politicians and farmers opposed the measure, but it passed with 61% of the vote, although only 8.9% of eligible voters participated. A day later, Drewes Farm Partnership of Ohio filed a lawsuit arguing that it was unconstitutional. While the city of Toledo has taken up defense of the Lake Erie Bill of Rights, the state of Ohio is siding with Drewes Farm.

How effective are Rights of Nature laws elsewhere? One of the most detailed examples is the 2017 Whanganui River Settlement Agreement, which resulted from years of negotiations between the Maori and New Zealand’s government. Known by its Maori name, Te Awa Tupua, it recognizes legal personhood for the Whanganui, the country’s third-longest river.

The Whanganui has been an important source of food and transportation for centuries, and has great spiritual importance for the Maori, who view it as a living being. Te Awa Tupua recognizes that the river possesses all the “rights, powers, duties, and liabilities of a legal person.” The Whanganui is represented by two Guardians, known as Te Pou Tupua, who are jointly appointed by the national government and local Maori.

Under the law, any activity that might affect the river must go through a consultation process and receive approval from Te Pou Tupua. One early test occurred in March 2019, when construction of a new bike bridge over the river was halted so that the required consultations could take place. Bigger issues will arise in the future, particularly in regards to renewal of concessions for energy companies diverting portions of the river for power generation.

Lake Erie and the law

Unlike Te Awa Tupua, the Lake Erie law does not include much detail regarding its requirements or specific mechanisms to guide implementation. Ultimately courts may strike the measure down based on these omissions and potential conflicts with state and federal regulations.

Lake Erie is governed by treaty law between the U.S. and Canada, so the Drewes Farm lawsuit asserts that the Bill of Rights infringes upon U.S. government authority. Similarly, because the lake touches four U.S. states, the lawsuit argues that any new law related to Lake Erie should be adopted by states, not individual cities.

Drewes Farm also claims that the Bill of Rights violates its 14th Amendment rights to equal protection, since the law mentions only corporations and governments, and conflicts with Fifth Amendment prohibitions on law that is too vague.

On July 22, 2019, Ohio Gov. Mike DeWine signed a budget bill which includes a provision stating that “Nature or any ecosystem does not have standing to participate in or bring an action in any court.” The bill creates a new fund called H2Ohio, purportedly to provide US$172 million to address pollution in Lake Erie, but critics want more proactive measures.

In my view, challenges to the Lake Erie Bill of Rights are not surprising. Within the U.S. environmental regulatory framework, which vests authority mainly with federal and state agencies and is affected by the influence that corporate interests assert in the American political system, protecting the environment by awarding legal personhood to nature will be an uphill battle.

But I believe that it is still worth trying, and that passage of the Lake Erie Bill of Rights is significant, even if it is ultimately struck down. Widespread coverage of the issue has already increased awareness of the idea of legal personhood for nature in the U.S.

I see learning from the negotiation and implementation of more developed Rights of Nature laws like Te Awa Tupua as the next step. As measures like this become more common, a new view of our relationship to nature may develop. I expect that recognizing the legal standing of natural entities will become a significant legal tool in the fight for better environmental protections, including addressing toxic algae blooms in Lake Erie.