Nearly a billion dollars a year are on the line with the Land and Water Conservation Fund. 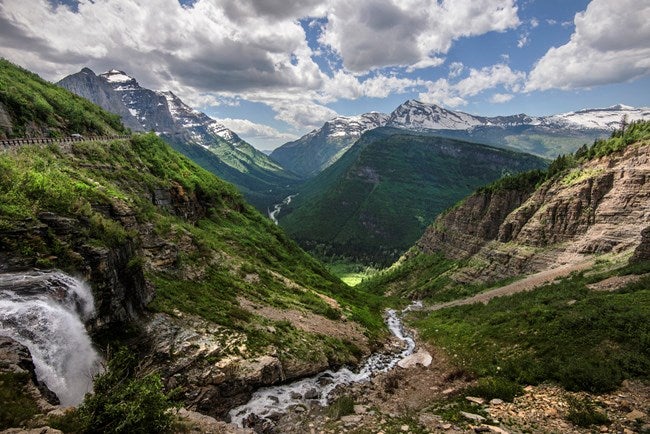 A bipartisan deal would fully fund the LWCF and provide funding for clearing the maintenance backlog in our national parks. NPS.Gov
SHARE

President Donald Trump has evidently undergone an election-year conversion on the topic of the Land & Water Conservation Fund (LWCF), pumping new energy into the campaign for full and permanent funding of this critically important access and habitat conservation tool.

This week, Trump used his favorite platform—Twitter—to express his enthusiasm for LWCF. He wrote: “I am calling on Congress to send me a Bill that will fully and permanently fund the LWCF and restores our National Parks. When I sign it into law, it will be HISTORIC for our beautiful public lands.”

He goes on to thank Sens. Cory Gardner and Steve Daines, whom he called “GREAT Conservative Leaders.”

In this highly partisan era, LWCF is one of the relatively few government programs that consistently receives support on both sides of the aisle. Even so, it has critics among those who frown upon the idea of government owning land in the first place. Full funding for the LWCF has received pushback because some lawmakers argue the massive $12 billion backlog in national parks maintenance needed to be addressed first.

It seems the president and the Senate are ready to tackle both issues with one deal. This week, Senate leaders announced a bipartisan deal that would spend about $2.2 billion per year on conservation and outdoor projects and national park maintenance across the country, according to the New York Times.

Of that $2.2 billion, $900 million would go to the LWCF, which is nearly double the $485 million Congress approved this year and 60 times larger than the $15 million Trump proposed in his 2021 budget last month. More than a $1 billion per year would be used to address the national parks maintenance backlog.

Trump’s change of heart has surprised conservation policy observers on two levels. For one, LWCF has hardly been front-page news lately, given the election, coronavirus outbreak, and the ups and downs on Wall Street.

Secondly, Trump has been mostly negligent of the LWCF in the past. In fact, his previous budgets have effectively zeroed out LWCF funding.

Frequent readers of this site know that LWCF is one of the most powerful funding mechanisms for conservation that Congress has. Since 1965, LWCF has taken some money from royalties paid for off-shore energy development and directs it towards habitat conservation, access projects and urban parks and recreation.

LWCF can be funded up to $900 million annually, but Congress often raids that piggy bank for other purposes. Over the decades, Congress has funded LWCF at about half its potential. Right now, Congress is considering legislation to fully and permanently fund LWCF at the $900 million level. That bill passed the House of Representatives, is being considered in the Senate, and evidently has the support of the White House.

It’s probably no coincidence that Trump’s tweet heaped praise on Daines and Gardner. Both are Trump allies who are up for re-election in November and both represent states that highly value hunting, fishing, and the outdoors. Gardner is said to be one of the most vulnerable Republican senators facing the voters this cycle. Some outlets, including Politico and The New York Times, say Daines may see a surprise challenge from Montana Governor Steve Bullock, a Democrat who has branded himself as a champion of public lands.

No matter the motivation, LWCF stock is going up in Washington D.C., and odds have to be increasing that legislation to provide full and permanent funding will actually pass into law.