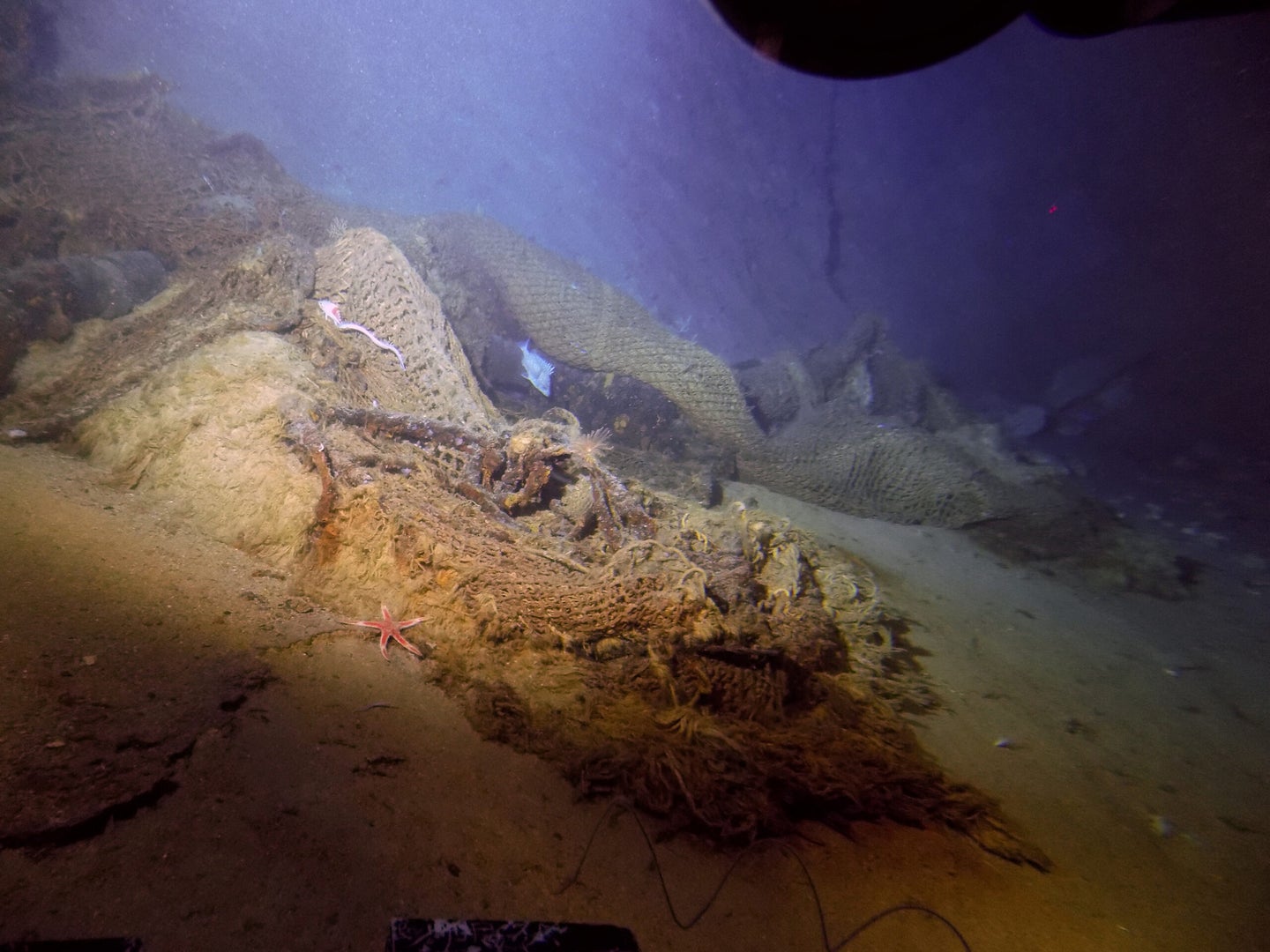 Trawling has a bad name for a good reason. It’s well-known that the fishing method, which involves dragging heavy nets across the seafloor to capture fish, devastates marine communities. That’s especially true for seamounts, which function like islands deep below the surface. Diverse creatures take advantage of the warmer water and proximity to food-bearing ocean currents offered by these volcanic peaks.

Scientists have long thought that seamounts lost to trawling could never return. But using robots capable of spending two days taking photographs deep underwater along with submersibles carrying humans, a team of researchers from Florida State University found signs of life on three locations in the Hawaiian-Emperor Seamount Chain. This discovery carries with it the possibility that seamounts, if allowed time, may bounce back from human destruction.

The team looked at three spots that hadn’t been trawled in more than 30 years thanks to protections on their area. “We went there fully expecting there to be nothing,” says Amy Baco-Taylor, a Florida State University oceanography professor, “and to be writing a paper saying that even after 40 years, there’s no recovery.” Instead, she says, “the coral is still fighting and growing.”

These now-protected seamounts were far from pristine: the researchers could still spot scrape marks from trawling that took place decades before, and found colonies of fan corals—which branch upwards, but don’t grow laterally—knocked over onto their sides. But some of those flattened fan corals were growing at right angles to reach toward the sky once more. Elsewhere in the rubble they saw “remnant” corals starting to grow back from the fragments of much larger colonies.

This shows that “recovery is possible,” Baco-Taylor says. But the more times an area is trawled, the less likely it is to bounce back. Coral is made up of thousands of polyps: tiny animals living in symbiosis and growing exoskeletons to form reefs. An abused colony can rebound given time to replenish its numbers, but if a reef is totally destroyed, new coral polyps have to find their way there and go it on their own. Like islands, seamounts are isolated, and repopulating with corals from other seamounts would take a long time or maybe not happen at all. So the more we trawl, the more likely we are to destroy these habitats for good.

A significant amount of the world’s seafood is still produced by trawling, but relatively little is known about its impacts on the deep ocean—in part because studying the depths is so difficult and expensive.

The researchers still haven’t figured out exactly which species of coral are growing back, but the images and videos they took in the depths represent important new information about how to protect and nurture deep-sea creatures—and about the potential impacts of trawling.

“…Clearly the case [is] made in the paper that protection of such seamounts from further trawling is critical,” Alex Rogers, an Oxford University biologist who studies deep-sea coral, told Popular Science in an email. While some species of coral may take hundreds or even thousands of years to regrow, he says, the evidence gathered by Baco-Taylor’s team shows that some are coming back more quickly, and resuming important ecosystem roles like providing habitat for other animals. It’s still not clear exactly what the post-trawling prognosis is for these critical marine habitats, but this new research shows that—with our help—they do have a chance of springing back to life.