E-cigarettes might actually be a safe tool for quitting smoking 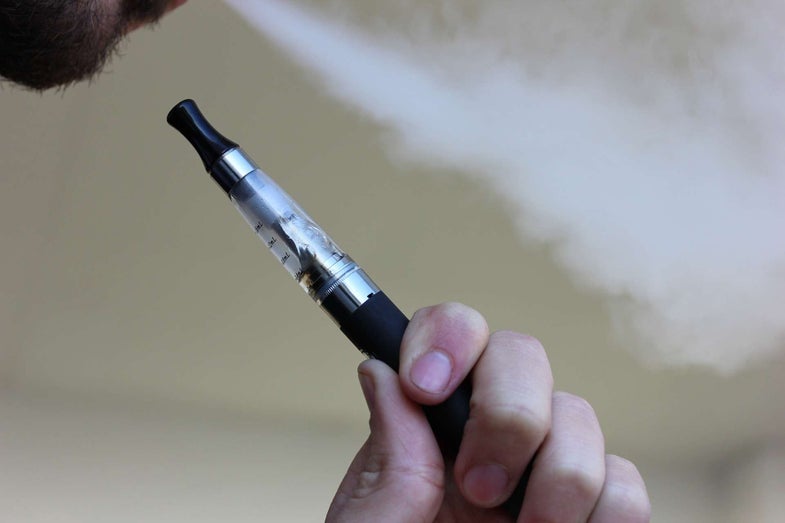 In a report out this week in the journal Annals of Internal Medicine, a six-month-long study found that people who used e-cigarettes exclusively had significantly lower levels of carcinogens and toxins in their bodies compared to those who used combustible cigarettes or a combination of the two. The study, which is the first to directly compare these two groups over an extended period of time, suggests that e-cigarettes may be a safe and effective way to quit smoking.

It’s been a little over a decade since the modern e-cigarette hit markets across the globe. Since its arrival, it’s inspired waves of controversy from doctors and public health officials, particularly in the United States. E-cigarettes dispense a liquid cocktail of nicotine mixed with tasty flavors, which is vaporized and inhaled. Because they deliver nicotine without also delivering the harmful, cancer-causing chemicals that traditional combustible cigarettes provide, many groups have hailed them to be a safer alternative to smoking. But not all agree. In May of last year, the FDA banned the sale of e-cigarettes to anyone younger than 18, regulating the devices in much the same way as their traditional counterparts. The CDC’s reasoning is that they are a gateway for children and teens to go on to use combustible cigarettes, and that the levels of nicotine in them aren’t considered safe for them.

But as The New York Times reported last year, some experts fear that this negative view of e-cigarettes could hinder one of their potential benefits: their use as a safe and effective method to quit smoking.

This particular study looked at how the levels of cancer-causing chemicals in participants’ bodies changed when they switched from using traditional, combustible cigarettes to using only e-cigarettes, and how that compared to using tobacco-free nicotine replacement therapy like patches.

In the report, the researchers conclude that their findings indicate that e-cigarettes could be a safe and effective method to quit smoking, but only if the person completely stops using combustible cigarettes. However, at this point, the study can only tell so much. It lasted for just six months and only measured a handful of biomarkers to detect carcinogens. The researchers say they plan to conduct future studies that measure more biomarkers—as well as other markers like lung function —to better understand the risks associated with using e-cigarettes.

Further, even if individuals do successfully quit smoking by switching to e-cigarettes, they may end up becoming addicted to the e-cigarettes themselves. Because they give users a similar dose of nicotine—the main addiction mechanism in both regular and e-cigarettes—some studies suggest that they are just as addictive as the real thing. And while this new study suggests that e-cigarettes are healthier, the jury is still out on just how safe they are. So if you switch to e-cigarettes instead of using them as a bridge between combustible tobacco and cutting your smoking habit out completely, you might not be doing yourself much good.

The study took place in the United Kingdom, where recommendations about e-cigarette use contrast those in America. Last year, The Royal College of Physicians urged smokers in the U.K. to switch to e-cigarettes as an effective means to quit using traditional cigarettes. For now, the study shows some promise that e-cigarettes could be used temporarily to help smokers to quit. Whether or not the devices are safe enough for physicians to condone their continued use is another question entirely.