Nicotine Only Controls You Because You Believe In It

In the battle of you versus cigarettes, your brain has more power than you think 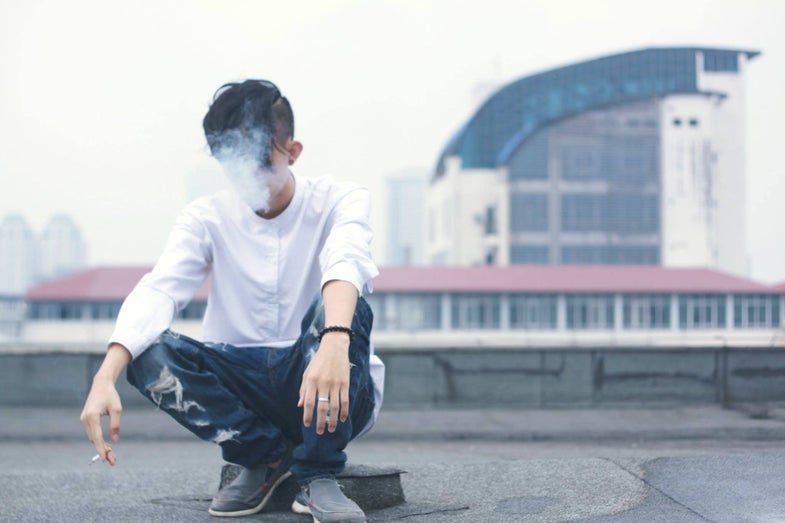 Nicotine needs you just like you need it. That sweet release of dopamine only happens if you really believe in it.

A new study in Frontiers in Psychiatry found that only smokers who thought that their cigarettes contained nicotine got the satisfaction of smoking. Anyone who was told they weren’t getting nicotine — even if it was a normal cigarette — was left unsatisfied.

The researchers took 24 chronic smokers and looked at their brain activity in an fMRI machine right after they smoked.

Fake cigarettes couldn’t provide that satisfaction, regardless of what smokers were told.

Smokers normally get a rush of dopamine when the nicotine hits them, which is why it feels so good to finally have that cigarette you’ve been craving. It’s why nicotine is so addictive: you crave the rush, physically and psychologically. But if you don’t think you’re getting nicotine, the satisfaction never comes.

If the simple act of not believing can counteract nicotine’s effects, there might be better ways to quitting smoking than the patch or medication. Right now, effective solutions are hard to come by. The CDC estimates that about 70 percent of U.S. smokers want to quit, but only 6 percent actually do. That’s a lot of people looking for answers and not finding them.

Using belief as a tool against drug addiction might offer smokers some relief. But only if they believe it will.