Peeing in the pool is actually really bad for you 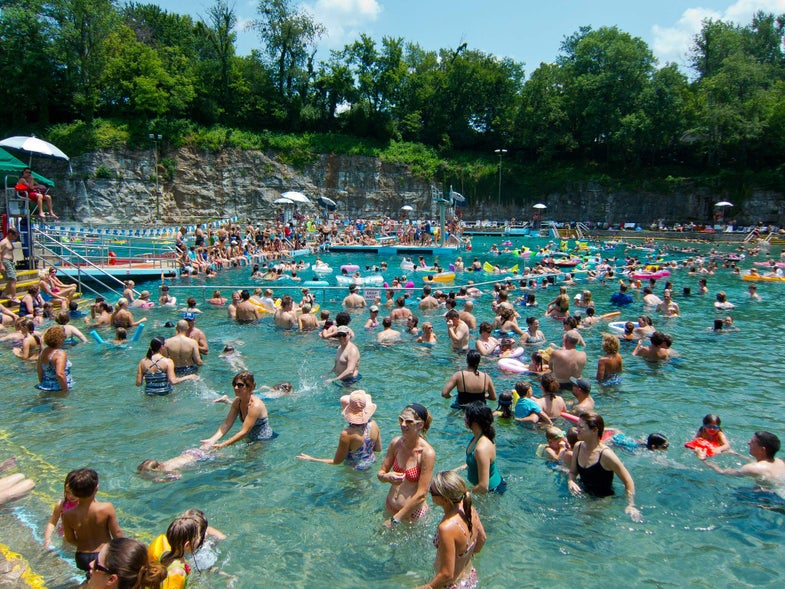 Everyone pees in the pool. That’s the safe and well-informed assumption that many chemists studying the safety of public, chlorinated swimming pools make. But let’s face it: once you jump in the pool and smell and feel the chlorine surrounding you, you quickly forget about any potential pool-peers and trust the power of the chemicals in the water. That’s probably not the best idea, though. The chemical byproducts that result from your urine and the chlorine aren’t as benign as you may think. And in the end, everyone would be doing a great public service if they would just stop peeing.

“If this was just one person peeing in the pool, then clearly that would not be a problem,” says Ernest Blatchley, an environmental engineer at Purdue University. “But we have evidence to suggest that there are circumstances where the concentration of these compounds could, in some cases, or in fact have, reached the concentrations that are detrimental to human health.”

First, let’s start with a little chemistry. Urine is made up of tons of different substances, all of which can interact with chlorine. But uric acid and a handful of amino acids pose the biggest threat. When each of these react with chlorine, they create are trichloraminen (sometimes called nitrogen trichloride) and cyanogen chloride. Both of these can be harmful in high enough concentrations.

The problem, says Blatchley, is that it’s incredibly difficult to determine just how concentrated these chemicals are in pool water at any given time. It depends on a whole bunch of other factors: How many people are using the pool, how well mixed it is, how warm the water is, and how long it’s been since someone changed the water.

The amount of trichloramine can be measured, but the tools used to do so aren’t generally available at pools. And cyanogen chloride is even harder to measure. “[It’s] a very dynamic chemical. It forms very rapidly but it also decays very rapidly, and it’s quite volatile,” says Blatchley. What that means, he says, is that once it forms in a pool, it doesn’t stick around very long. Of the two substances, Blatchley says cyanogen chloride is the most concerning. It’s a toxic substance, and once it reaches a high enough level, it can be detrimental to human health. But the problem is that because it forms and decays so quickly, it’s very hard to figure out how high those levels in a pool can get.

Trichloramine can caused respiratory problems when inhaled, especially in folks who already suffer from problems like asthma. It also causes irritation—it’s what creates that sometimes-overwhelming pool smell, and makes your eyes burn. Cyanogen chloride is an irritant too, and can actually affect the body’s ability to use oxygen. You’re not going to get a fatal whiff of the stuff in a pool—no matter how full of pee it is—but breathing it in definitely isn’t good for you.

Blatchley says that for the majority of swimming pools, and the majority of the time, the levels of cyanogen chloride won’t reach toxic levels. However, he says, that there are certain conditions in which that chemical could accumulate to unacceptably high concentrations—when you have a really crowded pool, for example.

“I think pretty much any pool that you put people in, you can count on people peeing in [it],” Blatchley says. Based on data that he and his team have conducted, as well a multitude of other studies done, he estimates that the average swimmer leaves behind somewhere between 50 and 80 milliliters of urine—”essentially a shot glass full of urine per swimmer.” 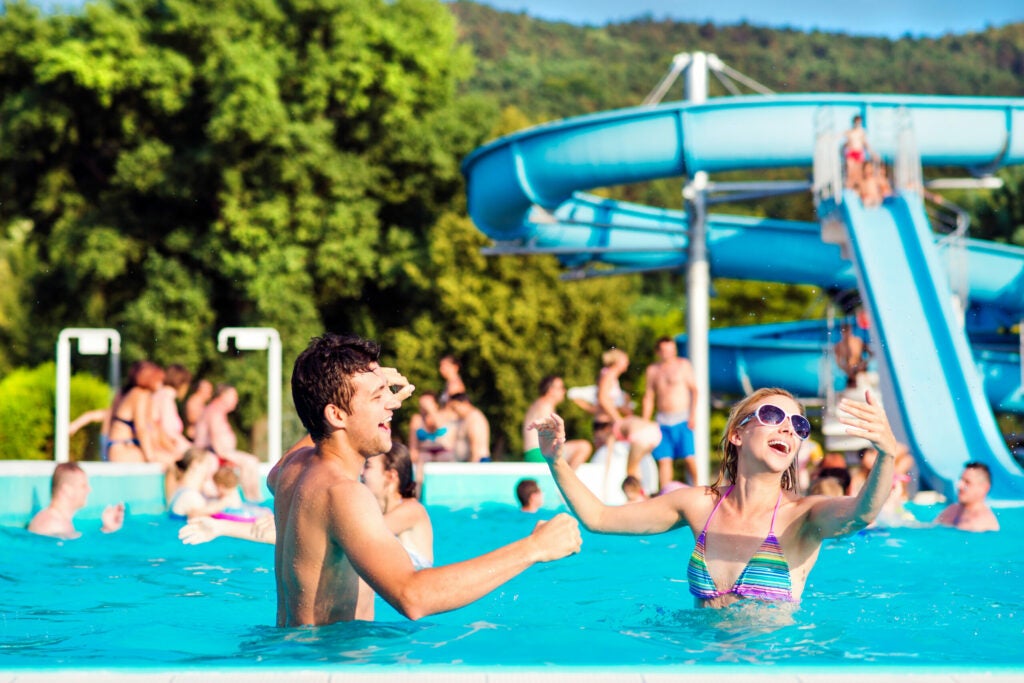 Chances are, there’s a lot of urine in this pool.

If everyone is peeing, why don’t we just chlorinate our pools more? Blatchley says that’s not the solution. The more chlorine you add, the more likely the chemical reactions that create those volatile compounds are to occur. Instead, he says, we should actually be working to disband this culture that it’s okay to pee in the pool.

Blatchley thinks that if people just understood the chemistry, they would think twice before urinating in a pool they’re sharing with others. He says he often relates it to secondhand smoking. It wasn’t that long ago that it was culturally acceptable to smoke in public in this country. That changed largely as a result of public pressure that grew out of a scientific understanding of the negative effects of secondhand smoke. “I think we as a culture have evolved to make it unacceptable. If people understood [the same] for pool chemistry, no one would subject their neighbors to cyanogen chloride.”

Even Michael Phelps—a swimming icon and symbol for both competitive and recreational swimming—has admitted to peeing the pool, commenting that chlorine kills it, so it’s not bad. But in reality, science says the opposite.

What Blatchley suggests is that people stop treating swimming pools like a cleaning machine—take a shower before getting in the pool, and step out to the restroom if you need to urinate. If we can stop this culture of routinely peeing in the pool, we can cut down on our chlorine usage— that would reduce the burden of organic compounds that react with chlorine, which would, in turn, result in less chlorine usage as well as improved water and air quality. In the future, Blatchley says “I’d like to see us take a proactive approach, rather than reactive.”