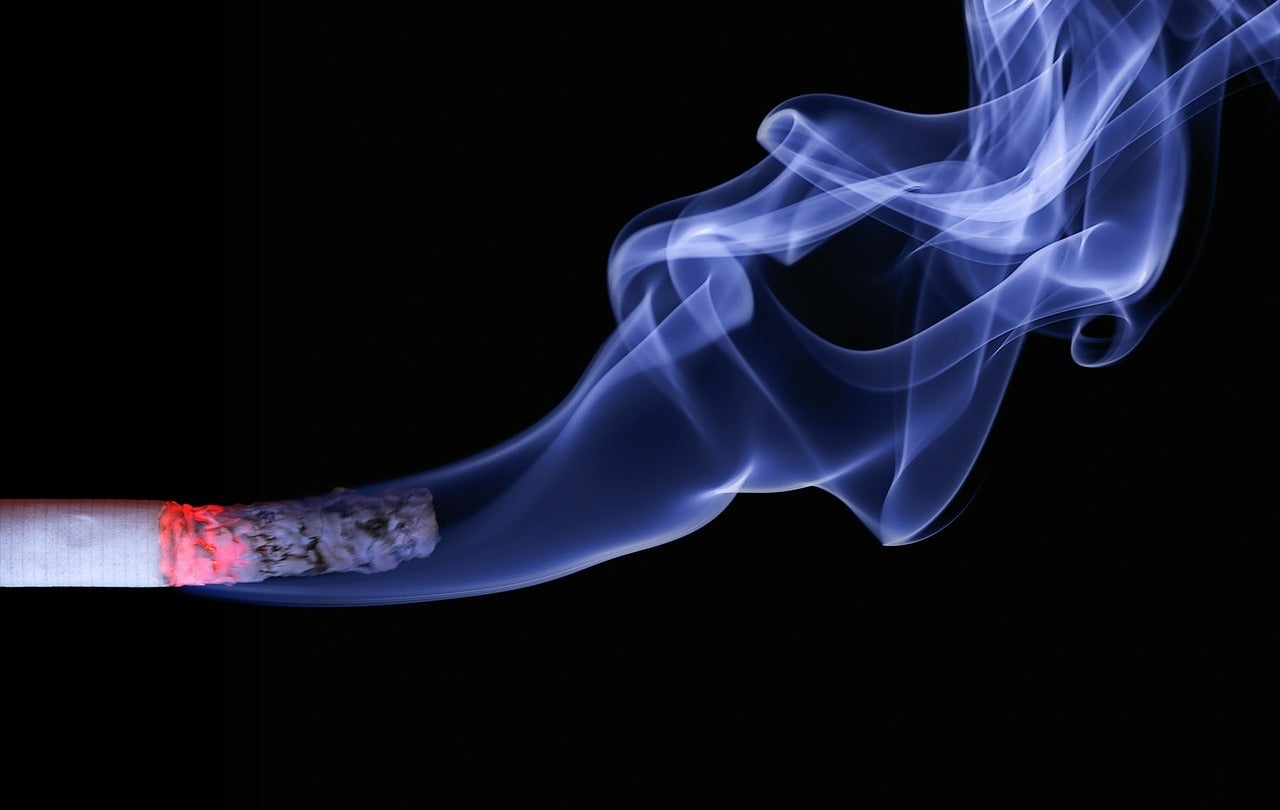 James Bond started smoking in 1962 and was last seen lighting up in 2002. Pixabay
SHARE 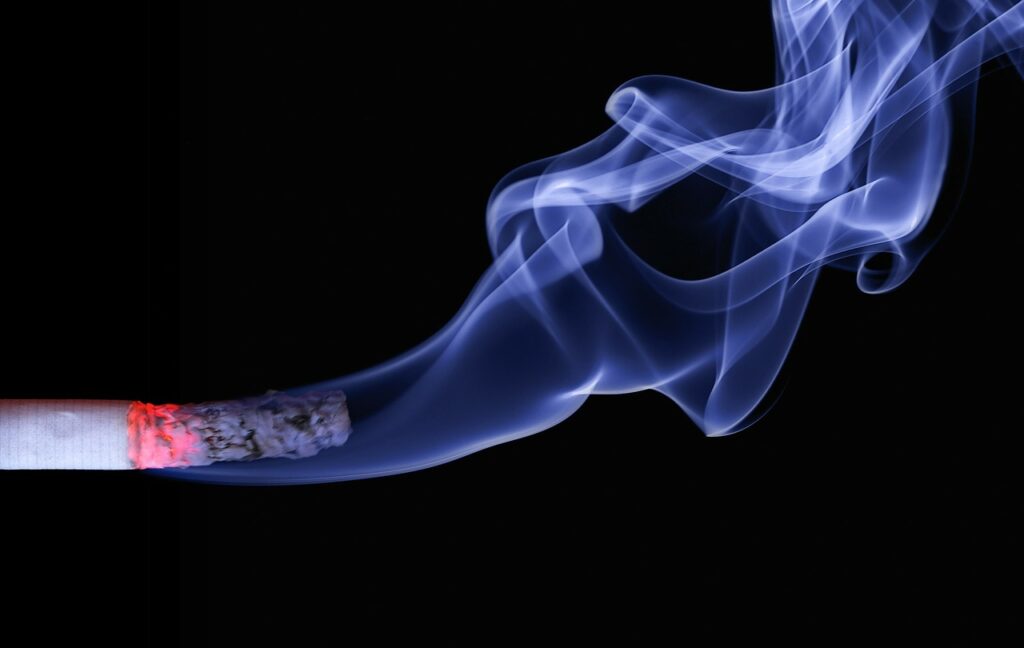 Over the course of six decades, James Bond eluded thousands of enemy bullets, averted global wars and deactivated some potent bombs. But he may have also encouraged kids to try smoking cigarettes.

“It is well established scientifically that smoking in movies is associated with adolescents taking up smoking,” says Nick Wilson, a medical doctor who studies public health at the University of Otago. “It is likely that Bond movies overall have contributed to this general pattern given the smoking by both Bond—a hero—and glamorous women characters.”

To better gauge Bond’s fondness for lighting up, Wilson selflessly viewed all 24 James Bond movies, beginning with the 1962 film “Dr. No” wherein Bond confronts an adversary that seeks to derail America’s space ambitions with a radio-beam weapon. Wilson found that in most films that decade, Bond and his sexual partners both smoked, and smoking-related spy-gadgets were employed (one such device emitted a toxic plume, for example).

Wilson concluded that just one Bond film—2006’s “Casino Royal”—lacked smoking-related imagery entirely. But Wilson’s study, published in the journal Tobacco Control, found that Bond’s smoking has declined over the decades. In fact, Bond himself hasn’t been seen smoking since 2002. The use of smoking-related weapons and gizmos has become less common on screen as well.

Bond smoked the most in the 1960s, when he smoked in 83 percent of movies. And when he was smoking he wasted little time in getting to it—on average he inhaled his first cigarette smoke at 19 minutes into a film. But by the 1980s, Bond smoked in just 40 percent of films, and he didn’t light up at all in the 1990s.

This trend is indeed “favorable”—as Wilson puts it—but a huge number of younger viewers are still exposed to some smoking imagery in Bond films, like the cool puffs taken by his adversaries. According the study, the most recent movie, “Spectre” (2015), made 261 million “tobacco impressions” (tobacco incidents multiplied by in-theatre viewings) upon 10 to 29 year olds in the United States. That’s more tobacco impressions than dollars earned in domestic box office sales—$200 million.

These smoking impressions have a significant influence on young people, especially in high doses. In a 2016 report, the U.S. Surgeon General said that youth who are exposed to the most on-screen smoking are about twice as likely to start smoking than those who are least exposed.

Bond’s gradual move away from cigarettes didn’t extend to the suave spy’s sexual partners. A “Bond girl” smoked onscreen as recently as 2012’s “Skyfall”, a decade after the practice became too passé for the man himself. Wilson found that around 20 percent of Bond’s partners smoked in most decades, though they all abstained through a six-movie lull in the 1990s and 2000s.

To Wilson, this raises the concern of secondhand smoke exposure for Mr. Bond, especially during postcoital moments. In a particular instance of secondhand exposure, notes Wilson, “one partner used an ashtray positioned on [Bond’s] naked chest.” But Wilson concedes that Bond might not spend enough time with his partners to see too many second-hand health risks, not least because most of them lived short lives. Wilson noted a nearly 30 percent rate of “mortality from violence” among Bond’s sexual partners.

Although Bond didn’t smoke in “Spectre” (and probably doesn’t have to worry about his brief flings raising his risk of lung cancer all that much) anything that encourages younger minds to smoke is problematic, because more scientists learn about smoking, the worse it seems. A recent study undertaken by the Los Alamos National Laboratory found that every 50 cigarettes smoked results in the creation an extra DNA mutation in each lung cell. For the pack-a-day smoker, that’s 150 extra mutations in each lung cell every year. Those are terrific odds for lung tumors, which kill more Americans than any other cancer.

“Smoking is like playing Russian roulette: the more you play, the higher the chance the mutations will hit the right genes and you will develop cancer,” Ludmil Alexandrov, one of the mutation study’s authors, told New Scientist.

With so many people mutating their lung cells, Wilson suggests that government intervention be considered. “Given the size of the health problem from smoking there is a strong argument for taking action, such as using “R” [ratings] classifications.” In some countries, Wilson explains, subsidies could be cut for movies “if they have gratuitous smoking content.”

But like Bond, some younger demographics have smoked less in recent years. “There is a rather dramatic decrease in youth smoking occurring in developed countries over the past decade or so,” says Wilson, although the reasons for the decline are unclear. He suggests that tobacco taxes may have made cigarettes too costly, or that more social groups simply find smoking uncool these days.

Perhaps Bond is beginning to think the same. In 1997, when his character had (temporally) kicked the practice, he called cigarettes a “filthy habit.”

His earlier smoking behavior, meanwhile, might be explained by the more pressing existential threats on his mind: over the course of six decades, a whopping 15 percent of his sexual partners tried to kill, disarm, or capture him. You’d probably be a little stressed out, too. But maybe Mr. Bond should try some yoga—or, like, not being a spy.