How It Works: An Electronic Cigarette

The future of smoking 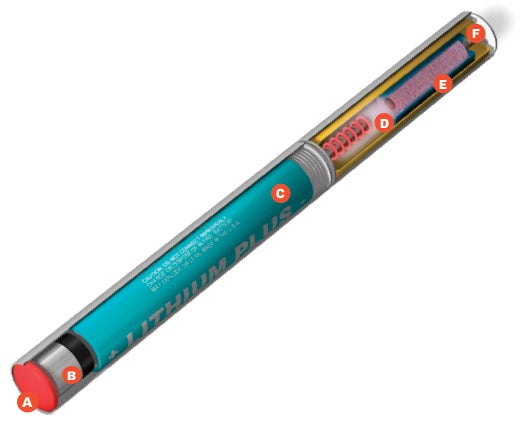 Since electronic cigarettes hit the market in 2007, yearly sales have reached $1 billion in the U.S. Although they’re popular, it’s still unclear how safe they are. Last year, a study from an international group of scientists showed that the toxins in e-cigarette vapor are 9 to 450 times lower than in tobacco smoke. The Food and Drug Administration is still determining its regulatory stance. It’s sponsoring more research while sorting out its position.

When the e-cigarette is active, an indicator light glows like a tobacco ember.

Some versions have a pressure sensor that detects the airflow of an inhalation. The sensor then turns on the battery, which triggers the heating element. Other e-cigarettes are turned on and off with a button.

A slim lithium-ion battery, usually rechargeable, provides the power. An average e-cigarette has about 300 puffs per charge.

Electricity passes through a resistant material—usually metal or ceramic—which produces heat. Once the heating element reaches approximately 150°F, it vaporizes about 0.005 milliliters of the nicotine liquid into a mist. Each hit has roughly 90 percent of the nicotine found in a tobacco-cigarette puff.

A viscous fluid made from propylene glycol, vegetable glycerin, or a mixture of both, contains about 1 percent nicotine and flavoring such as menthol, fruit, or classic tobacco.

A flexible tip, sometimes made of silicone, evokes the feel of a real cigarette.

Continue reading about How It Works: a Wiffle ball, a surgical snakebot, and more