Vapes are full of flavors—and fungi

Your lungs could be the ones to suffer. 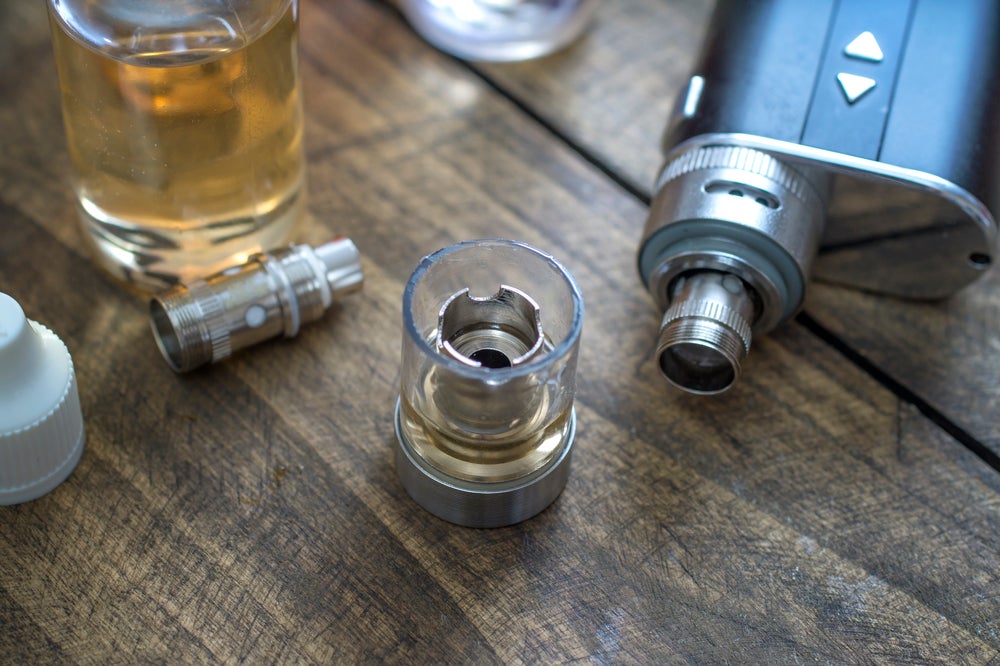 When they first came on the market, industry advocates originally touted vapes—electronic nicotine delivery systems such as a JUUL—as a smoking cessation aid. In the time since, they’ve exploded in popularity among young people, leading to worries that brands like JUUL are contributing to a new and dangerous nicotine addiction epidemic among teens who would never have thought to light up a traditional cigarette. E-cigarettes have public officials concerned, and a new study from Harvard researchers suggests there are two more reasons to worry: the presence of fungi and bacteria in vape juice and e-cigarette cartridges.

In the study, David Christiani and his colleagues tested 75 e-cigarette products in total for two contaminants: endotoxin, which is part of the cell walls of a class of bacteria, and glucan, which is part of the makeup of fungi. Chronic exposure to endotoxin is linked to asthma and reduced lung capacity; while the form of glucan they found is known to cause inflammation, which is a big problem in a sensitive system like your lungs. Both microbial products are found in many places out in the world. The issue here is that they’re in a substance that’s inhaled—and inhaled frequently.

Of the products they tested, of which about half were e-cigarette liquid and half were cartridges, they found endotoxin in 17 products, or 23 percent, of products. Eighty-one percent, or 61 products, contained glucan. Even though Christiani says the concentrations of these two microbial products “are not very high,” knowing they’re present “adds a couple more agents to the already long list of exposures from e-cigarette products,” Christiani says.

E-cigarettes work by heating up a nicotine-containing liquid so it vaporizes and can be inhaled by users. This liquid also contains flavorings, from the traditional (mint) to the avant-garde (banana.) The flavors are thought to be one of the reasons that e-cigarettes have become so popular among young people. Nobody really knows what happens to the juice chemically when it’s heated up.. Many compounds break down into dangerous chemicals when heated, and the researchers still don’t know very much about what’s in e-cigarette fluid.

Experts do know that some flavorings are linked to heart and blood vessel damage.) And there is a body of evidence showing that e-cigarettes product harmful carcinogens and other chemicals, as well as exposing users to metal byproducts from the devices themselves. However, because e-cigarettes are loosely regulated, with a huge diversity of products in the marketplace, it’s hard to definitively state what’s in them. It doesn’t help that the e-cigarette industry, like the traditional tobacco industry, has a stake in obscuring the health risks of their addictive (and lucrative) products.

This new study, which looked at brand-new products, also points to the fact that e-cigarette products are getting contaminated with microbes somewhere in the production process. In the case of cartridges, he speculates that the presence of microbial products may be the result of contamination on the cotton wicks that are part of the cartridge. But nobody knows yet, though his team is going to try and find out in further research.

Sanjay Sethi, a professor of medicine who specializes in lung health at the University of Buffalo, says the findings are “interesting, but not surprising.” Sethi was not involved with the study. He would like to see further research elaborating on how the levels of endotoxin and glucan in e-cigarettes stack up against those in traditional cigarettes, which he says would give the results more context. However, he agrees the current study’s findings are another reason for concern about e-cigarettes.