There’s no evidence that cell phones pose a public health risk, no matter what California says

This "possible carcinogen" isn't going to give you cancer. 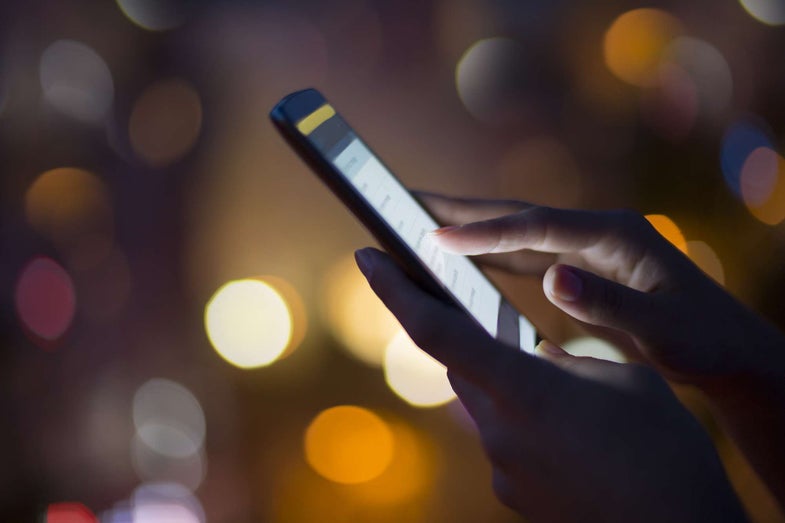 The California Department of Public Health recently released guidelines for decreasing one’s exposure to cell phone radiation. This seems, at first, like a reasonable thing to offer. But the problem with a government body issuing guidelines on how to avoid something is that it implies the thing should be avoided. And there’s no evidence that cell phones are dangerous to your health. Period.

Why would the CDPH want to warn against cell phone radiation if it’s not hazardous? According to CDPH Director Karen Smith, “there are concerns among some public health professionals and members of the public regarding long-term, high use exposure to the energy emitted by cellphones.” That press release goes on to say that some public health official thinks the radio waves emitted “may impact human health,” while also stating that “the scientific community has not reached a consensus on the risks of cell phone use.”

We requested that the CDPH send us the information they used to make this decision, and received a lengthy list of links to other government agencies’ positions on the matter. Nearly all of these other agencies have summarized the evidence as showing that cell phones have not been shown to pose a health risk, but that we need to do more long-term studies. It seems that the CDPH has simply drawn a more precautionary conclusion than most of the other agencies based on exactly the same data.

This isn’t the first time that California has played it overly safe, to say the least. They also recently decided that glyphosate, or Round-Up, required a label marking it as a possible carcinogen—even though most national and international health organizations agree that glyphosate is safe to use.

There’s no harm in trying to avoid things that might pose risks. You should live your life the way you see fit. But when a public health department releases guidelines that make it seem as if something might be a serious health hazard, they owe it to the public to make the real risks clear.

Let’s take a look at what the data actually has to say.

The trouble here is that many of the studies on cell phone radiation are poorly designed. With a new drug, you can study potential adverse effects by assigning some people to get a placebo pill and some to get the real medicine, then following them to see what happens to each group. You can’t do that with a phone. The logistics of fooling someone into thinking they’re using a real phone would be a nightmare, plus you’d be hard-pressed to find enough adults in the developed world who don’t already use cell phones to form a good study set. Maybe you could go to a developing area that isn’t already inundated, but you’d have to set up infrastructure to allow some subjects to use the phones once they get them. And that would of course present an ethical problem, because you’d be introducing a potential cancer risk to a group that had previously been free of it.

That leaves us with observational and case-control studies, where researchers compare people who use phones a lot with those who don’t. These types of studies are better than nothing, but they’re also deeply flawed. There are likely lots of differences between the kind of person who owns a cell phone and the person who doesn’t, especially given how widespread phone use is today. These differences may influence health risks and make it seem as if the phones themselves are causing health problems, when really it’s some other confounding factor.

All this adds up to a lot of wishy-washy results that don’t really mean anything. It’s not until you look at the few large studies done in the past decade that you can find any solid evidence. And when you do, the message is clear: cell phones don’t pose a health hazard.

There have been a handful of enormous studies on public health and cell phones, all of which have either found no link, or found a weak link that could also be explained away by those confounding factors we discussed before. But it’s on the basis of these studies that the International Agency for Research on Cancer classifies cell phones as “possibly carcinogenic.” IARC’s designations come up a lot when we talk about things that may cause cancer, mostly because they’ve listed just about everything as either possibly or probably carcinogenic. To the untrained ear, those classifications make it sound like IARC thinks cell phones pose a small risk to human health. “Possibly carcinogenic” sounds like it’s classifying how much cancer cell phones might cause, but really it’s classifying whether cell phones cause cancer at all.

If we’re going on IARC’s call, though, we should also release guidelines for how to avoid exposure to coffee, which is marked as “possibly carcinogenic” as well.

Most people don’t bother reading past these simple classifications. But if you go to IARC’s website you can read a summarized version of all the available evidence on cell phones and health risks. Essentially every section ends with some version of “there was no link found,” “there was not enough evidence,” or “there was a link found, but the studies were biased.” Other health agencies would look at that same information and conclude that the weight of the evidence says there’s no reason to avoid cell phones. The Food and Drug Administration did exactly that, as did the National Cancer Institute. But IARC’s role is not to find the weight of the scientific evidence, it’s to list anything that might conceivably be a carcinogen, even if it very likely isn’t.

Testicles and brains are both totally unharmed by phone radiation

The reality is that we haven’t even been able to find a mechanism by which cell phones could cause health problems in the first place. It’s a non-ionizing form of radiation, so it doesn’t damage DNA. All it might do is heat a small area of your body, but studies have shown that it is such a minuscule amount of heat that it would likely have no ill effects. Men do sometimes worry that heat in their testicles can cause fertility problems, and frankly that’s a valid fear. But the warmth from your phone’s radiation is tiny compared to how much heat you trap by wearing tight, synthetic underwear. Skinny jeans are riskier than your smartphone.

Plenty of other people seem convinced that cell phones cause brain tumors. If that were true, we would have seen a massive increase in brain cancer cases over the past decade as cell phone use has shot up. But in fact, we haven’t seen any increase.

All that being said, cell phones do pose one massive risk. Thousands of people die every year because a driver decided to text or talk on the phone. . This is the single biggest danger phones pose. Not brain cancer, not infertility—distracted driving is the real problem.

So go ahead and leave your phone in your pocket. Talk on it for hours. Heck, you could duct-tape it to your face if you so choose. Just put it down when you get in the car, and you’ll be fine.