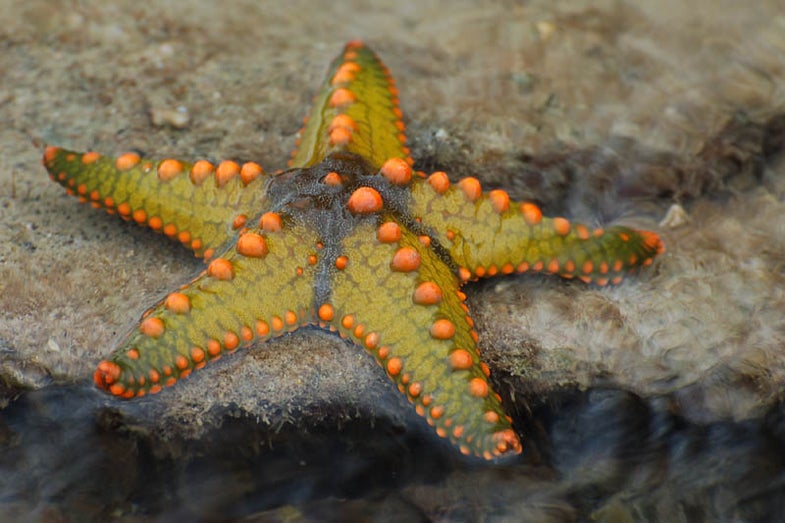 There are lots of disadvantages to living underwater. Oxygen is a lot harder to come by, for one. For another, you get all pruny. But one of the big advantages is that you’re basically bobbing around in a big nutrient soup. Apart from basic gases, there’s not a lot of useful material floating around in the air, so breathing is not a practical way for land-lubbing animals to feed. Most of us have boring old mouths and digestive tracts and anuses.

Marine creatures get to be much more inventive, evolutionarily-speaking. Here are few of the weirdest ways our aquatic brethren “eat”: 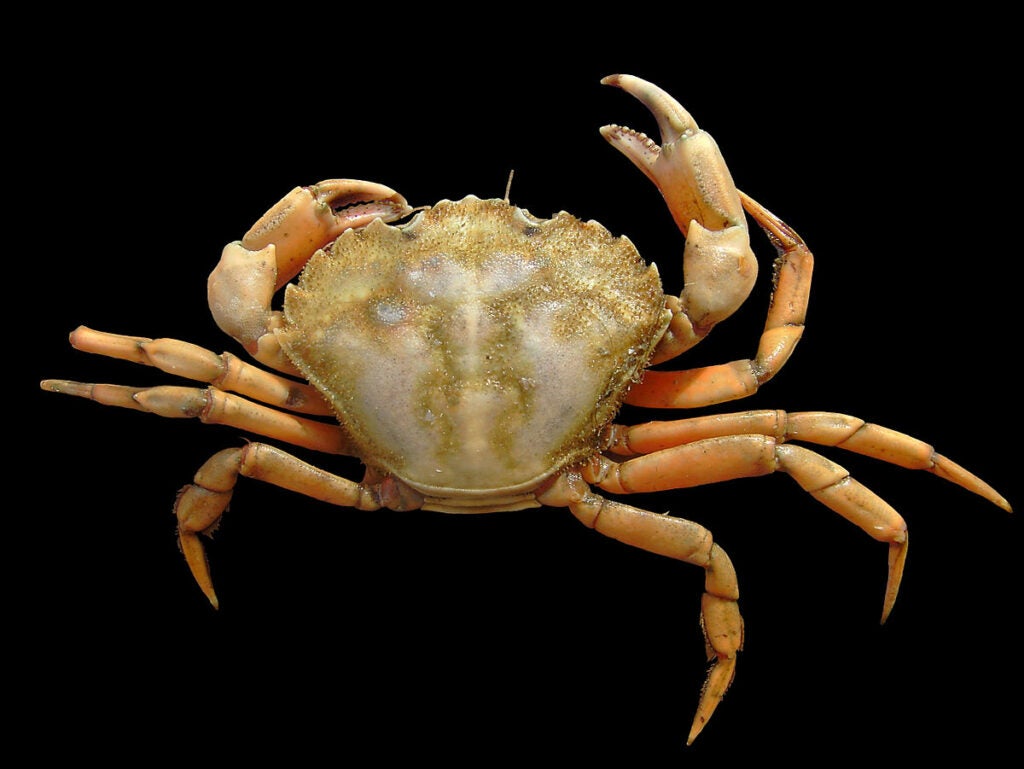 The whole point of having a shell is to be impermeable, but these crabs found a loophole that allows them to absorb amino acids (the building blocks of proteins) directly from the water anyway. They just breathe them in through the gills. Some of the gills help them breathe like fish, but others are specialized to allow amino acids across their cell membranes and into their bodies, no stomach required. They also eat with their mouths, since amino acids aren’t the only necessary nutrient, but they’re the first arthropod found to have this absorption capability. 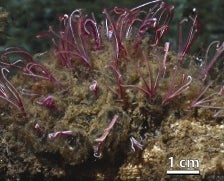 “Eating” is a strange word for something you do without a mouth to speak of. These worms actually secrete an acid that allows them to burrow into bone. Buried inside the bones are precious lipids, fats the worms rely on, so these little buggers can be found feeding on dead whale carcasses in search of nutrients.

Bonus fact: male bone-eating worms are actually microscopic creatures that live inside a female’s gelatinous tube by the hundreds. 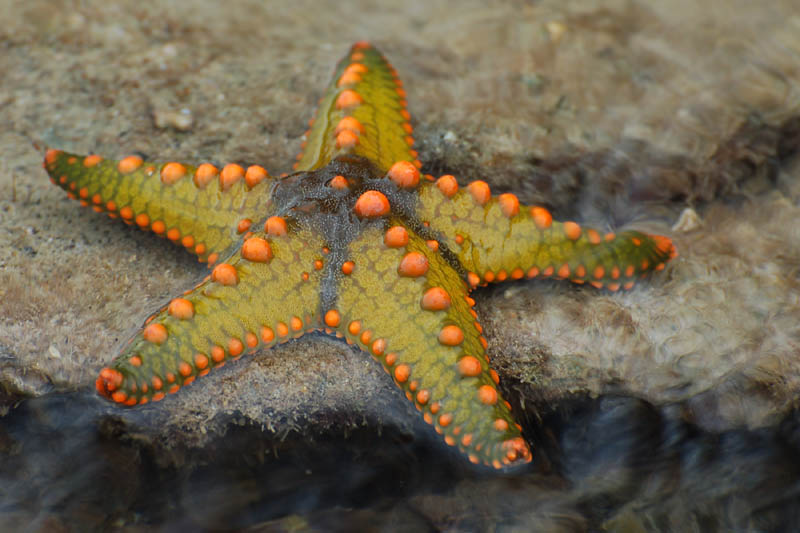 This little guy is basically a starfish model.

Only in the water could you extrude your own stomach on the reg’ and have no issues. Sea stars devour they prey—yes, they are voracious predators—in a variety of ways, including by everting their stomachs and inserting them into their food source. This is how they can eat animals much larger than themselves in one go. They can also use this method to eat a mussel without fully opening it. Once they’re done excreting digestive enzymes to liquefy their prey, they bring their stomachs back inside and go on their merry way. 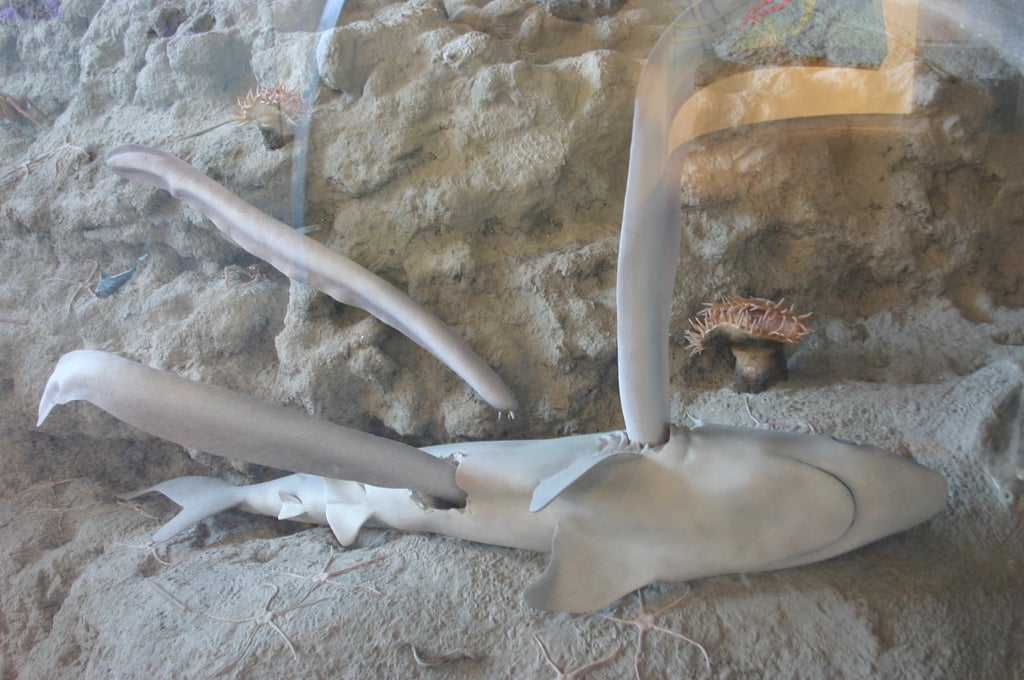 LOOK AT HOW THESE HAGFISH ARE GOING INSIDE OF THIS DEAD SHARK. AAAAHHH!!!

These hideous giant worms are a kind of evolutionary middle-man. They have a digestive system vaguely similar to that of vertebrates, but they also absorb some organic matter directly through their skin and gills. This is probably useful when they eat their prey from the inside, since they can feed a heck of a lot faster. Imagine if you could simultaneously eat a steak and absorb its essence through your skin. That’s basically how a hagfish chows down.

Bonus fact: Though most of the world avoids eating hagfish and the mucus they secrete, both show up in Korean cuisine. Korean cooks keep the worms alive in tanks and irritate them to promote mucus production. The resulting goo can then be cooked up kind of like egg whites, which is honestly one of the cleverest uses for snot ever. 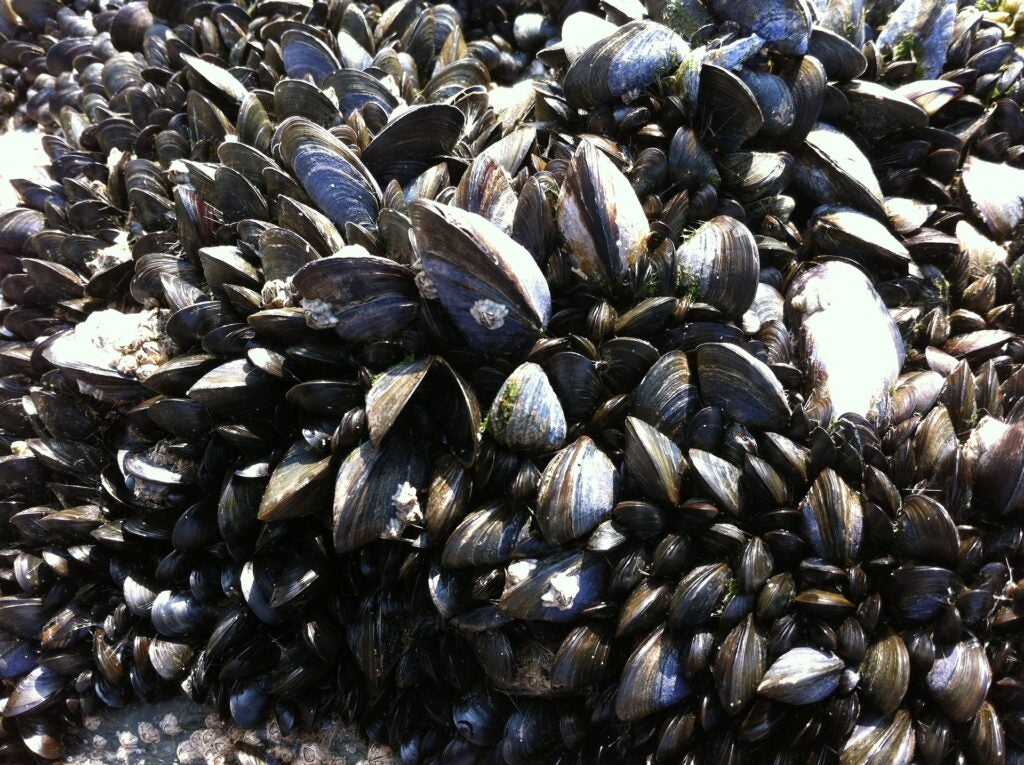 Mussels don’t mind being packed together, and would do well living in the NYC subway.

Though you might like to think of mussels (and clams and oysters) as little flesh bags when you guzzle them in one go, there’s actually an upsetting number of human-like organs in there. They’ve got kidneys and everything. Instead of a mouth, they have a siphon, which they pull water through to pass across tiny, mucus-y cilia. These mini arms capture nutrients and absorb them directly.

Bonus: To reproduce, a female effectively eats the sperm (she takes it in through the siphon). She then grows her babies on her gills so they get a constant supply of oxygenated water. 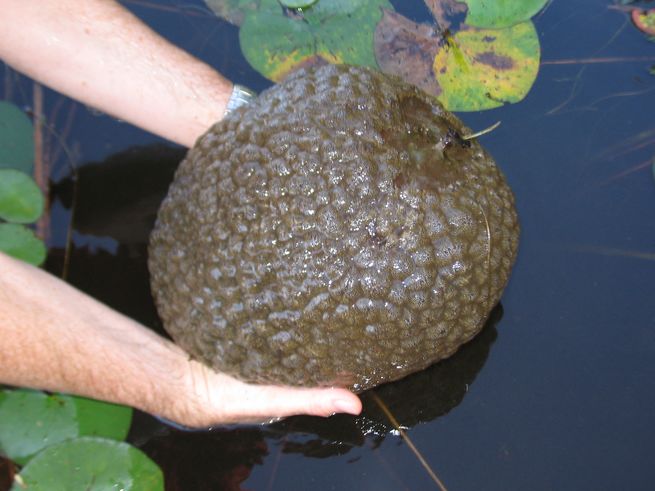 It’s easy to be a big, multicellular blob when you can sit around a lagoon all day. Bryozoans are excellent examples of this. They’re basically boogers, if boogers were complex communal organisms that feed with millions of tiny tentacles. Would that boogers were so cool.

Bryozoans are essentially filter-feeders, which isn’t unique in-and-of-itself (sponges do the same thing). What’s amazing about these guys is that they do it as a colony. Bryozoa are made of up millions of individual animals all cooperating to feed. Some of them collect food, others are fed through connective pores, and together they create a kind of hive mind. Each animal is like a microscopic sponge, with its own stomach and anus, but they still share resources to make life more liveable.

These moss animals have been hangin’ out in lakes for years, mostly undetected, because they can stay in one camouflaged spot and wait for their food to float towards them. They are truly the chillest aquatic creatures.