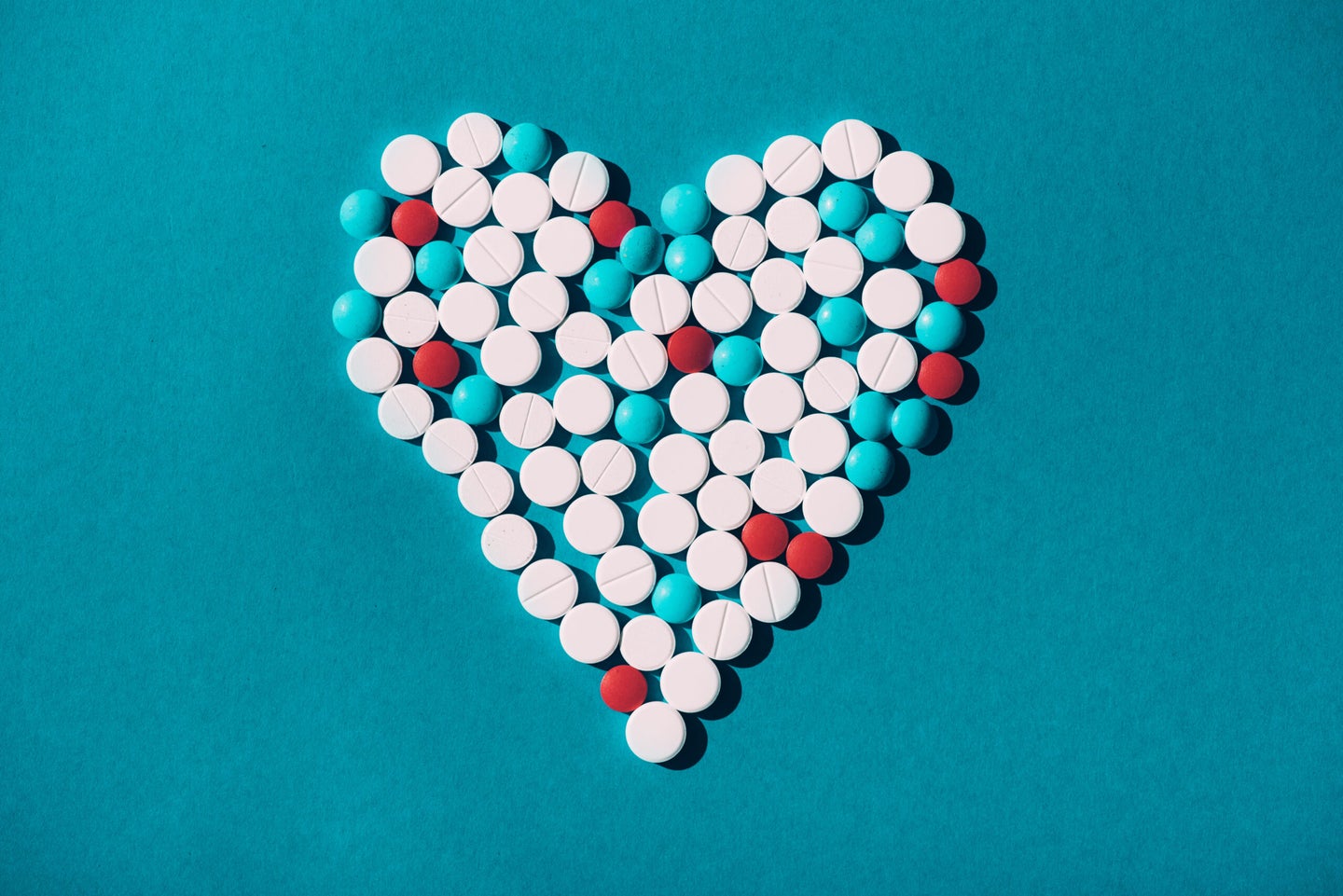 Americans are growing larger and more sedentary, and it shows in our cardiovascular systems. One in every four deaths in the country is due to heart disease. Over the years, cardiologists have recommended a wide variety of interventions to prevent these deaths—less salt, more omega-3s—but unfortunately, few of them seem to work.

A recent review of those interventions, published this week in the Annals of Internal Medicine, shows just how poorly they fare. After going through the existing data on 24 nutritional supplements and dietary changes, researchers found that only a handful have any effect at all. Omega-3 fatty acids seemed to minorly reduce risk of heart attack and coronary heart disease, while decreased salt intake mitigated the risk of death from cardiovascular disease in people with hypertension. Folic acid decreased stroke risk, but calcium and vitamin D supplementation together increased that risk. Nothing else they reviewed had an impact—and that includes the Mediterranean diet, lowering saturated fat intake, and taking any other kind of vitamin.

Mostly, though, what they found was poor quality of evidence.

In an accompanying editorial, cardiologists Amitabh Pandey and Eric Topol note that “Diets and supplements are 2 of the most intense areas of public interest but are among the most lacking in adequate data.” The kind of large-scale, long-term studies needed to figure out whether any given nutrient—whether it be saturated fat or vitamin D—has an impact on a person’s risk of dying from cardiovascular disease are wildly expensive and time-consuming. That means that few of them get done, and when they do get done they’re doing things their way.

The main study that influenced these researchers’ findings on folate, for instance, was called the China Stroke Primary Prevention Trial. As the name implies, it took place in China and focused on preventing strokes in people with hypertension. But as the cardiologists point out, folate fortification of food isn’t common in China like it is in the U.S., so perhaps the large effect that study found was because the participants were lacking in folate to begin with. Would extra folate help someone in the U.S. who’s already getting enough? No one knows.

Nearly every study on the subject has similar flaws. They all look at specific outcomes—death from stroke in patients with hypertension, or all-cause mortality in people at risk of developing heart disease but who don’t have it yet—as opposed to overall heart health. And they all look at a specific intervention at specific intensities. Maybe some test high doses of omega-3s, while others test proprietary formulations. Vitamin D trials might all examine different dosages in different populations at different time scales.

The end result is that a lot of what these individual studies find can’t be generalized to an entire population. Even amongst one study’s participants, there might’ve been huge variation in how each person responded to the intervention. As the editorial notes, “Only recently with machinelearning of large data sets, which include multimodal data on physical activity, sleep, medications, demographic characteristics, intake, and timing of all foods and beverages, and gut microbiome constituents, have we begun to learn that the use of any specific diet or supplement is likely to have markedly heterogeneous effects.”

Though it didn’t focus on cardiovascular disease, the DIETFITS study is an excellent example of this. Stanford researchers put 609 participants onto either a low-carb or low-fat diet. The end results were pretty middling: Both groups lost roughly 12 pounds in a year. That might suggest that it doesn’t really matter which diet you pick, and to some degree that’s true (effective diets are mostly about consuming fewer calories and making changes you can stick to). But if you look within the groups, you see that some participants in each lost upwards of 60 pounds, while others gained more than 20. What DIETFITS really tells us is that low-fat diets work tremendously well for some people and terribly for others. The same goes for low-carb diets, or really for any dietary change. A subsection of folks will respond well, and others won’t.

So when a study finds that decreasing salt intake has only a minor effect, if any, it could very well be that a subset of people will actually see massive improvements in their blood pressure by cutting salt consumption. Others could eliminate it entirely and see no change.

Supplements are a slightly different matter. Basically every study and meta-analysis ever done on vitamin supplements, especially multi-vitamins, has shown they’re a huge waste of money. Our most recent research suggests that, though we absolutely need vitamins and minerals to have healthy lives, taking those nutrients in pill form doesn’t help us as much as consuming them inside whole foods does. And though it’s true we can’t say that any particular nutrient will have a life-changing influence on you, we know that eating a balanced diet full of whole grains, fruits, vegetables, and legumes (while being light on processed foods of all kinds, as well as red meat) has a whole host of benefits. So, yes, you should eat a balanced diet that keeps you healthy, even if it’s hard to say exactly which foods are best for your heart.

The other generalizable advice that’s worth taking? Exercise. Roughly 80 percent of Americans aren’t getting enough of it, but the good news is that some activity is better than none. Ride a bike. Take a 30-minute walk. Swim a few laps. If nothing else, just get outside and tend your garden. Any little bit helps.

More importantly, talk to your doctor about how to find exactly what health interventions work for you. Medicine is not a one-size-fits-all endeavor—your heart deserves specialized attention.