Eliminating carbs isn't necessarily a bad thing, you just have to be smart about it. 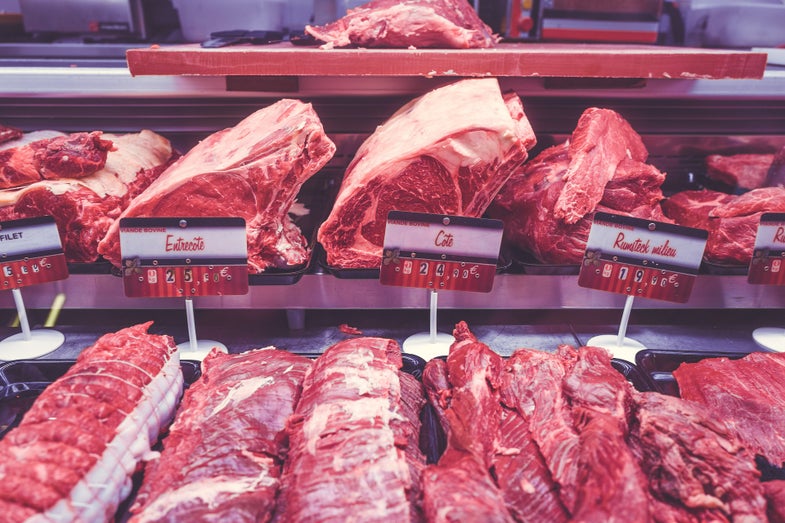 Carbs are undeniably delicious, but for some people they’re the enemy. Should they be, though? Recent studies suggest that eating a diet very low in carbohydrates might actually harm your health, though the full picture is a bit more complicated.

Get to the point: what’s the news?

If you take nothing else away from this article, take this summary: a low-carbohydrate diet is generally only healthy if your diet is plant-based.

In a recent study in The Lancet as well as in prior work, including this 2010 analysis, researchers have found that people who eat few carbs and rely on plant matter for their fat and protein intake—think beans and nuts—tend to be healthy, long-living specimens, relatively speaking. Those who eat few carbs and rely on animal proteins and fats, especially red meat, are the only low-carb dieters who seem to suffer for it. They tend to be less healthy in terms of cancer and cardiovascular disease, which are often the primary outcomes measured in these kinds of studies, and as a result they live shorter lives. This makes sense—plant protein is better for you than many animal proteins because plants contain less saturated fat, which can drive heart disease, and often have more fiber and nutrients.

It’s important to note that these results were modest. The group that ate the fewest carbs (less than 40 percent of their total calories) had a hazard ratio of 1.20—a ratio of 1.0 would mean no change in risk. That means their overall mortality risk, which is the likelihood they would die during the span of the study, was about 20 percent higher than those who ate a moderate amount of carbs. When researchers separated out the plant versus animal eaters, those who consumed animal-based diets had a hazard ratio of 1.18, whereas the plant eaters had a reduced ratio of 0.82. (These plant vs. animal numbers were based on meta-analysis of other studies, not the new data, which explains how these ratios can both be below the calculated risk for the low-carb consumption).

A few caveats here: these studies, like virtually all nutrition studies, are merely finding associations between groups of people who are often self-reporting data. They are large, statistically-powerful investigations, but they can only tell us about the broad strokes of nutrition. Just as some people can smoke their entire lives and never get lung disease, some people can cut carbs entirely and eat only steak and live to be a healthy 100 years old. These are generally outliers, so it’s usually not a bad idea to consider the overall trends in choosing your own diet, but it’s worth pointing out that broad statistics don’t apply to individuals—so your mileage may vary.

If low-carb diets help people lose weight, how can they be unhealthy?

It’s absolutely true that some people cut carbs and shed pounds. But it’s also true that for any diet, a subset of people will lose weight. Some will gain weight. One of the best-known studies on this phenomenon, DIETFITS, found that people assigned to eat either low-carb or low-fat diets lost on average the same amount of weight over the course of a year, around 12 pounds. An earlier meta-analysis from 2006 found the same thing: regardless of diet, participants tend to lose a small amount of weight. Individuals within each group varied a lot, though. Some people who eliminated carbohydrates dropped double-digit pounds, while some increased their weight, and the same was true for those who cut their fat calories.

We don’t have a great explanation for why this is, except for a big shrug that says “some people’s bodies react differently to certain foods.” The DIETFITS group was originally trying to connect successful dieters to specific genotypes or insulin secretion patterns, but neither of those factors was associated with weight loss.

What we do know is that across an entire population, there’s no magic diet that helps everyone lose weight, gain focus, or live longer. Low-carb diets are no exception. Dieting generally works because people often end up consuming fewer overall calories in the process of following new food rules.

But perhaps most importantly of all, these studies didn’t simply find that low-carb diets were universally bad. People who ate plenty of plant matter were healthier and had a lower risk of mortality than average, even if they didn’t eat many carbohydrates. It was the people who consumed more animal products, especially red meat and animal fats, who were less healthy on a low-carb diet. It’s only when you look across a population, as both earlier studies and new research has, that you find an increased mortality risk for low-carbohydrate consumers.

Does this mean I should be eating more carbs?

Not necessarily. The recent study in The Lancet found that mortality risk went back up in the group that ate the most carbohydrates, those who got more than 70 percent of their calories from carbs. Their hazard ratio was 1.23, which was about the same as the ratio for meat-centric low-carb consumers. These researchers also analyzed several other studies of carbohydrate intake and found similar findings: eating either too many or too few carbs was associated with a higher overall mortality risk. (Again: this was not true if you replaced the carbs with plant matter).

The sweet spot in many of these studies seems to be consuming around 45 to 55 percent of your calories from carbohydrates.

Of course, that’s not to say you should get half your calories from cake and pasta. Complex carbohydrates, which take your body longer to digest and often also contain probiotic fiber, should be making up the bulk of that load. Think whole grain bread, beans, and even starchy vegetables.

Cutting carbs seems to only be a bad thing if you otherwise have a heavily animal-based diet. So if you are a person for whom low-carb diets work to lose weight, by all means cut those cookies out—just replace any calories you don’t hope to cut entirely with plant-based whole foods, not more meat and dairy.

But also, feel free to keep some carbs in there. The top-ranked diets, as far as nutritionists and other diet experts are concerned, all allow for moderate consumption of all the major macronutrients: protein, fat, and yes, carbs. It’s just that “moderation” bit that’s the key. Even nutritionists eat junk food, they just use some tricks to limit their intake.

In an editorial accompanying the recent Lancet study, public health epidemiologists Andrew Mente and Salim Yusef sum it up pretty well: “moderate intake of carbohydrate (eg, roughly 50% of energy) is likely to be more appropriate for the general population than are very low or very high intakes. This would translate to a generally balanced diet that includes fruit, vegetables, legumes, whole grains, nuts, fish, dairy, and unprocessed meats—all in moderation.”