Everything you ever wanted to know about vitamin D

Knowing your vitamin D levels might not be as important as you think. 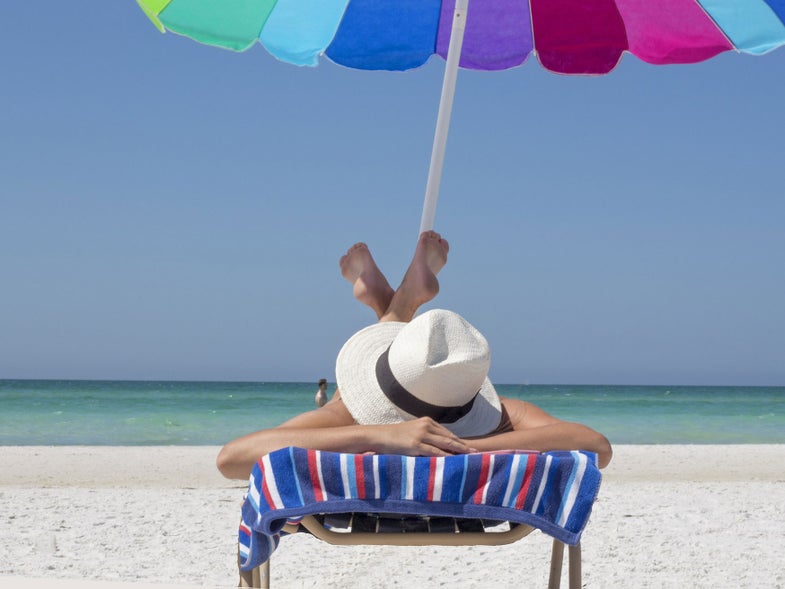 In 2010, The New York Times called vitamin D the most talked-about supplement of the decade. Nearly 10 years later, the frenzy over the “sunshine vitamin” hasn’t died. Last year, the Times reported that millions of people are taking a vitamin D supplement in the hopes of curbing depression and fatigue, and even helping with cancer.

“Vitamin D has been pretty hyped up,” says Monique Tello, a physician at Mass General Hospital and a contributor to Harvard Health blog. “It’s one of the vogue vitamins right now. It’s also controversial among academics because there are two viewpoints on what healthy levels of vitamin D are and how much we need it.”

So what does vitamin D even do for the body, what’s the right amount, and who actually needs to take a supplement? Here’s what you need to know.

What is vitamin D and what does it do?

Vitamin D is a fat-soluble vitamin that helps promote the absorption of calcium in the gut, says researcher and nutritional epidemiologist Francesca Crowe of the University of Birmingham in England. When we ingest vitamin D, our bodies convert it to calcitriol, the vitamin’s active form. Calcitriol then prompts the body to produce a handful of proteins in the gut whose job it is to transport calcium from the inside area of the intestine, through its wall, and into the blood. As such, she says, “vitamin D is very important for bone health.” Since calcium helps grow and maintain strong bones, studies have found that vitamin D deficiency can lead to bone diseases.

In addition to healthy bones, there may be other health benefits to vitamin D. For example, some studies have shown potential positive impacts on cardiovascular diseases, and some experts suggest it can also lower rates of respiratory infections in both children and adults. But these haven’t been well-established, Crowe says.

Where should you be getting your vitamin D from?

According to the Endocrine Society’s guidelines on vitamin D, exposure to sunlight is the major source for children and adults. When UV rays hit our skin, it triggers vitamin D synthesis by converting 7-dehydrocholesterol, which our skin naturally contains, to vitamin D3. This molecule then travels through the liver and into the kidneys, where it’s converted to calcitriol (the active formulation). Foods and supplements can also provide this active type.

As the public’s general awareness around sun damage and skin cancer has increased, the number of people regularly using sunblock has also increased (this is largely due to the invention of modern sunscreen back in the 1970s that led to its widespread use). As such, it may not be as easy to get all of the vitamin D you need from the sun alone. According to a 2012 study, wearing a sunscreen with SPF 30 does reduce the synthesis of vitamin D by 95 percent. However, Tello says, in all likelihood, most people don’t apply enough sunscreen, or re-apply as often as they should, for this to be a true problem.

Tello says to get their recommended daily intake of vitamin D, many people only need to expose their arms and legs to the sun’s rays for between five and 30 minutes twice a week—though this amount is likely higher for people with darker skin as melanin blocks some of the rays.

This isn’t an invitation to lay out in the sun, however. “Our body naturally makes vitamin D when the UVB rays hits the skin, but UVB rays also cause skin cancer, so we want people to cover up and still wear sunscreen,” says dermatologist Rebecca Baxt of New York University’s School of Medicine. The National Institutes of Health (NIH) also notes: “There are no studies to determine whether UVB-induced synthesis of vitamin D can occur without increased risk of skin cancer.”

Unfortunately, few foods naturally contain vitamin D. Those include oily fish like tuna, salmon and mackerel, eggs and cod liver oil. Other foods, like orange juice, breakfast cereals and milk, are fortified with vitamin D in many countries.

Some people may also need to take a supplement, though not everyone should.

That’s the million dollar question and it remains disputed even among experts, with medical organizations having different estimations for “healthy” vitamin D levels. One reason for this ambiguity is that interest in the vitamin is relatively new. “We’ve only been able to easily measure blood levels of vitamin D for about 15 years ago”, Tello says. In that time, we still haven’t established a healthy level.

For example, according to a 2010 report issued by the Institute of Medicine, adults with a blood level of 20 ng/mL were considered vitamin D deficient; they figured that this, or more, is the amount of vitamin D needed for good bone health. Meanwhile, the Endocrine Society’s 2011 clinical practice guidelines suggested that a higher level—at least 30 ng/mL but preferably 40 to 60 ng/mL “to guarantee sufficiency”—is needed based on the expert advice of their “Vitamin D Task Force.”

Tello says she feels that between 20 and 30 ng/mL is a safe bet. For most people who “have a varied diet and they get a little bit of sun, it isn’t hard to be in this range.”

Because most people might not be checking their blood levels, some organizations and countries have adopted more specific intake recommendations. For example, the U.S. Institute of Medicine suggests a daily intake of 400 to 800 international units, or 10-20 micrograms, for most healthy adults. (Tello says most vitamin D supplements offer 600 or 800 international units daily.)

The UK also recommends 10 micrograms of vitamin D each day, particularly in the form of a supplement, Crowe says. “It’s a small amount, but it’s actually quite difficult to get vitamin D from your diet,” she says. “You’d have to eat oily fish every day, but you shouldn’t, because of the risk of mercury and things like that.”

Several factors play into whether you’ll become deficient, Crowe says. Some populations are more at risk, including the elderly, who spend less time in the sun, and those with illnesses who are housebound because they’re not getting enough sunlight; people with darker skin (because the melanin reduces the amount of UVB rays to hit the skin); people who cover up a large portion of their skin, such as for religious purposes; and people who have problems with calcium absorption, like those with celiac disease, because they can’t absorb vitamin D as well.

“These groups should be taking a supplement,” Tello says. The 2005 Dietary Guidelines for Americans also called on high-risk groups to consume 25 micrograms of vitamin D.

Sunscreen, cloud cover, and pollution can also affect how much sunlight you get, so those who live in cities that don’t get much sun could also be at risk, Crowe says.

What happens when you’re deficient?

Not getting enough vitamin D can result in some serious—and scary—consequences. In children, a deficiency means “they aren’t able to absorb calcium well enough,” Crowe says. In children, unless they aren’t spending anytime in the sun, a deficiency usually results from their bodies not being able to absorb the stuff properly. This can lead to rickets, a condition first described in the 17th century in which bone tissue fails to properly mineralize, resulting in soft, weak bones that can be easily fractured and deformed.

By the 1930s, rickets had become a rare disease in the United States after the U.S. government began fortifying the nation’s milk with the necessary vitamin. But some children remain at risk. Rickets has been linked to babies whose moms exclusively breastfeed them but the mothers themselves are vitamin D deficient, often from excessive sunscreen use. It’s also been found in children whose daycare programs don’t have much outdoor activity and it can even be the result of genetic differences, according to the NIH.

A growing number of children in the U.K. have experienced the condition in recent years, Crowe says. “That’s mainly because there’s been more immigration,” she says. “People with darker colored skin have to expose their skin to the sun for longer than someone with light colored skin to get the same vitamin D.” She says it frequently occurs when people who have darker skin move from a place with lots of sunlight to one with far less.

In adults, a similar condition called osteomalacia that results in weak bones,can develop from low vitamin D. Tello says this condition has also been linked to osteoporosis. Rickets and osteomalacia are reversible with treatment of prescription-strength vitamin D supplements.

Anecdotally, low vitamin D levels have also been linked to fatigue, seizures, and changes in the heart muscle. But there’s not enough data or studies to determine how low your vitamin D levels need to go, or if other factors are involved.

Can you have too much vitamin D?

While naturally-derived sourcing of vitamin D isn’t bad for you—the body, in fact, controls how much vitamin D you get from the sun and food and can store it for winter—there are real dangers associated with taking too much of the supplement.

The Times’ Gina Kolata reported last year that some people “are taking supplemental doses so high they can be dangerous, causing poor appetite, nausea, and vomiting.”

Tello says she’s experienced this in her practice as well. “I’ve seen patients who’ve taken that supplement daily because they thought they were doing something good for themselves.” Moderately high levels of calcium, as a result of high vitamin D levels, over a long period of time can lead to abdominal pain, peeing frequently, and kidney stones; this can even weaken your bones. “People may be feeling these things and not know why.”

Should you be screened for vitamin D levels?

Vitamin D testing is not currently part of any kind of panel of routine exams, and most people need not worry, or even be tested, Tello says. In a 2014 recommendation from the U.S. Preventive Services Task Force published in Annals of Internal Medicine, a panel agreed: Most people don’t even need to know their vitamin D level.

Tello is hopeful that the medical community will come to a consensus on recommended blood levels for different groups of people. That way, we can all get the proper amount of sunshine (or necessary supplement) we need.