If you’re taking vitamin D, you’re probably taking too much

You might have a deficiency, but overdosing isn’t the answer. 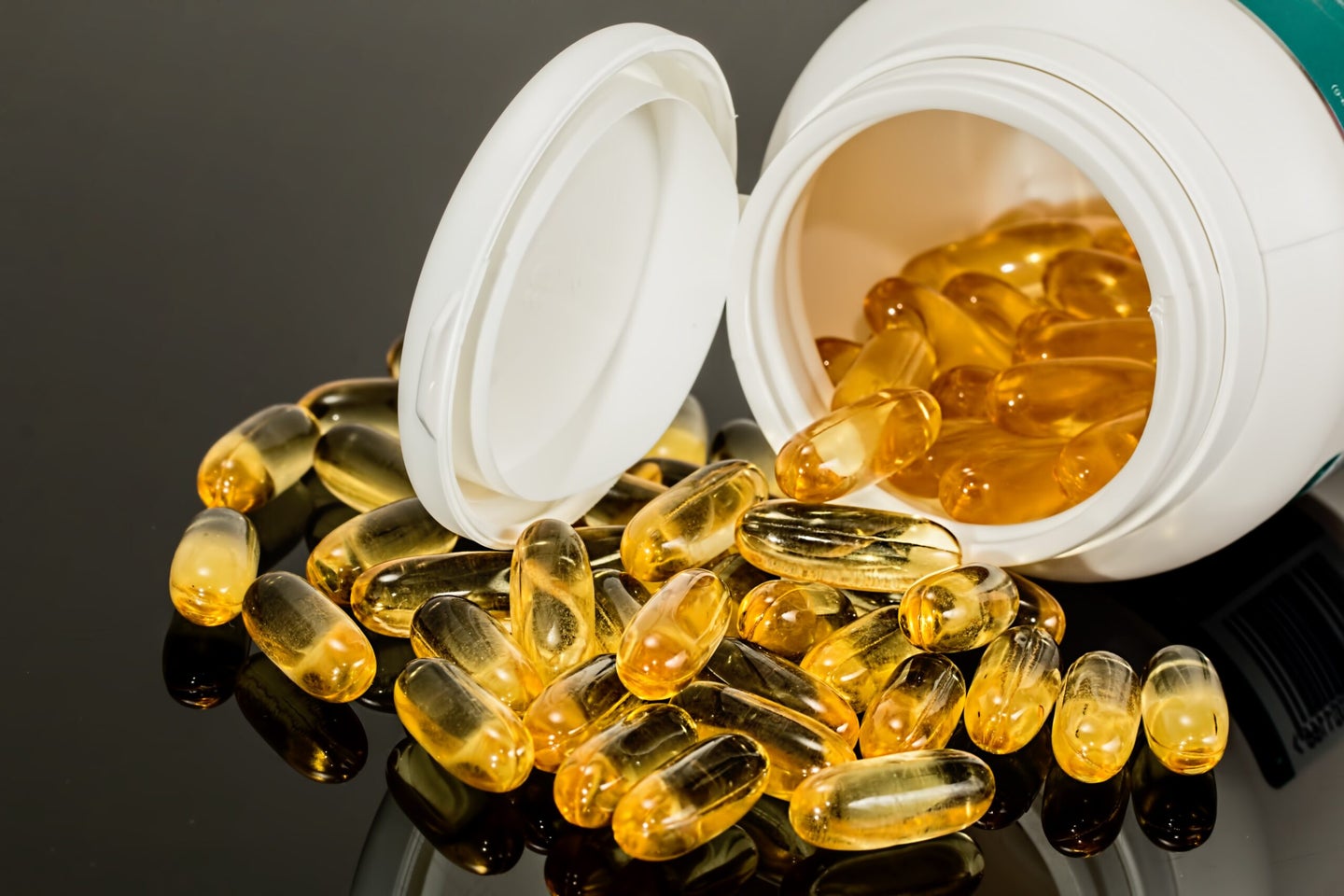 They look so warm and glowy and friendly...just one is fine, right?. Pixabay
SHARE

Vitamins seem like something you can’t have too much of. Like too much ice cream on a sticky summer day—sure, you can technically go overboard, but the limit is so high, and what’s the worst thing that happens anyway? And unlike ice cream, we know that vitamins help keep us healthy.

But just like ice cream, vitamin D can have negative side effects when taken in large doses, the impacts can really sneak up on you, and obesity is a concern. Really.

The tricky thing about “medicines” like vitamin D is that you don’t immediately overdose on them. If you take too much Tylenol, you end up in the hospital pretty fast. That giant vitamin capsule isn’t likely to land you in the ER tomorrow or even a month from now. But vitamin D, unlike many of the other vitamins you may be taking, is fat soluble. That means that if you take too much of it, you won’t just pee it out like you would a water soluble vitamin. Instead of being carried out in your body’s wastewater, the vitamin will cling to your body fat for later use—which can compound the effects of daily overdosing. But it’s easy to think of supplements as harmless when you’re just popping a pill or two in your bathroom each morning.

More and more people are making that mistake. In fact, two vitamin D capsules a day (at 2000 international units each) adds up to 4000 IU—the daily limit. If you’re taking in any vitamin D at all otherwise (and you almost certainly are), you’re already over the safe dosage. And a new study in the Journal of the American Medical Association suggests that 3.2 percent of all Americans are doing just that. If 3.2 sounds tiny to you, keep in mind that back in 2007-2008 that number was only 0.2 percent.

The increase in vitamin D overdosing is a symptom of the general trend towards taking more vitamin D supplements. About 18 percent of U.S. adults are taking at least 1000 IU a day, which is well above the recommended daily dose of 600 IU. The question is: is that a problem?

With most vitamin-related issues, the answer is that it’s probably not harmful to take them (but that you really don’t need them). There’s no solid evidence that taking multi- or any other kind of vitamin is beneficial to your health unless you’re vitamin-deficient. That goes for prenatal vitamins too, by the way, with the exception of folic acid. Vitamin D is kind of a rare exception, because it’s not uncommon to have a deficiency in it. Studies can’t agree on an exact number, but around 30-40 percent of U.S. adults don’t get enough of the D from their diet and sunlight. Only a few foods contain it at all and those that do, like fatty fish or egg yolks or cheese, may be hard to eat enough of to actually get the benefit. That’s why the U.S. dairy industry started fortifying milk with it. And the trouble with sunlight (which doesn’t give you vitamin D, but does trigger your body’s production of it) is that it’s harmful to get too much of it. It’s better to cover up and avoid skin cancer than it is to go unprotected in an effort to get enough vitamins. Plus, the darker your skin is, the fewer UVB rays get through to produce vitamin D in the first place. Obesity has also been linked to low vitamin D levels, though a 2013 study suggested that it was a shared genetic predisposition to both ailments that caused the link, not obesity prompting a decrease in vitamin D intake.

A severe enough deficiency can give you osteomalacia, which you probably know better by the childhood version’s name: rickets. It’s basically a softening of the bone due to lack of calcium. Vitamin D helps your gut absorb all the calcium you need, so a lack of it causes similar problems to a calcium deficiency. Some people have also linked low vitamin D levels to everything from cancer to diabetes to asthma, but those are still just correlational—it’s not clear that a lack of vitamin D is causing those problems as opposed to just being associated with them. Because of this general association with vitamin D deficiency and poor health, some parents give their kids high-dose supplements to stave off things like the common cold. But a recent study published in the Journal of the American Medical Association shows that it has zero impact. Kids who were assigned to get 2000 IU of vitamin D didn’t get colds any less frequently than those assigned to get a low dose.

Here’s the rub, though: while it’s hard to know whether you’re vitamin D deficient, taking too much could be much worse. High doses have the potential to cause nausea, vomiting, constipation, and weakness. One double-blind clinical trial actually found that vitamin D supplements made elderly patients more likely to fall and fracture a bone, which flies right in the face of everything the supplements were thought to do. And since too much vitamin D can lead to too much calcium, you can also wind up with kidney stones and abnormal heart rhythms.

The flip side is that, unless you’re getting almost no vitamin D, you’re probably fine. There’s a reason that “rickets” sounds like an old-timey disease—because it is. It’s an exceedingly rare problem nowadays, in part because we started fortifying food. So between sun exposure and diet, you probably get enough vitamin D to function properly, even if you should maybe be getting a bit more. You certainly don’t need more than 1000 IU a day. There’s no evidence that taking vitamin D supplements can cure or prevent osteoporosis or bone fractures, improve bone density, or prevent infections. A better solution? Just eat more fish and eggs, and maybe venture outside once in awhile. It’s absolutely possible to get all the vitamin D you need from diet and sunshine. All three options would have multiple beneficial effects on your health and none are likely to make you puke. Win-win.