If your genes put you at risk of heart disease, exercise might be able to help

And every little bit counts. 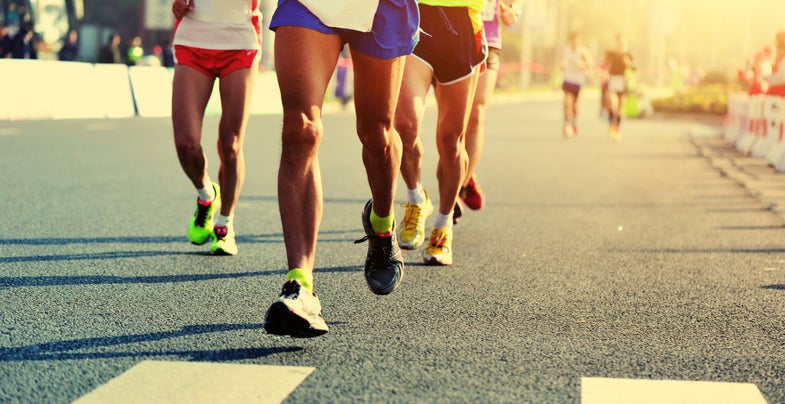 We’ve all been told that exercise is really good for us. Health professionals and fitness enthusiasts preach the benefits that physical activity has on one’s well-being, particularly their cardiovascular health. And we have some solid scientific evidence to back that up. But while we know exercise is generally good for heart health, we know less about how specific subsets of the population—particularly those at higher than average risk for cardiovascular disease—can benefit from the practice. Regular endurance exercise is thought to help protect folks who carry genes that put them at risk for heart trouble, but just how much can it help them?

A study out this week in the journal Circulation may help clear up this question. Researchers analyzed data from nearly 500,000 people who were enrolled in a long term health study in the United Kingdom. With the help of genetic testing, the scientists selected these individuals because they have certain genetic factors that put them at a higher risk for heart disease. A person’s individual risk for many diseases, like cancer, diabetes, heart disease, and certain autoimmune diseases most often stems from a combination of genes, environment, and lifestyle.

Over a period of 10 to 15 years, the researchers followed these individuals (aged 40 to 69 years) and asked them to log how often and in what way they exercised, as well as asking them to wear activity trackers. They also recorded their grip strength, or how much force they could exert onto a squeezable object, which is a good estimate of a person’s overall strength.

At the end of the time period, scientists analyzed the relationships between how much a person exercised, what their genetic risk was, and what their disease outcome was—whether they experienced a heart attack, a blockage of their arteries, or another sign of cardiovascular disease.

Among those with an intermediate risk, the participants who had the strongest grips were 36 percent less likely to go on to develop a type of heart disease called coronary artery disease—when plaque builds up in your arteries, which can clog them and trigger a heart attack—than those with the same risk but a weaker grip. Those best grippers also had a 46 percent lower chance of developing atrial fibrillation, in which a lack of blood supply causes your heart to beat irregularly.

In individuals with the highest genetic risk for cardiovascular disease, those who participated in high amounts of cardiovascular exercise (like running or other aerobic activities) had a 49 percent lower risk of developing coronary artery disease and a 60 percent lower risk of atrial fibrillation than counterparts who participated in only small amounts of aerobic exercise.

Given the common knowledge and rote idea that exercise leads to good health, these results might not seem all that interesting or surprising. But scientists haven’t fully quantified the potential benefits of exercise on people with known genetic risk factors.

“The main thing is that it reinforces and shows that it holds true, the idea that the more physical activity and fitness, the lower the likelihood of cardiovascular disease in the future,” says study author Erik Ingelsson, a cardiovascular disease researcher at Stanford University. But, he says, it also tells us something that we weren’t as sure about. “We hadn’t before known that these associations are the same for people with a high cardiovascular disease risk and those with a lower risk. The same kind of advice holds true for both.”

Heart disease is a very common condition in the United States and worldwide; it’s the leading cause of death, in men and women, both in the U.S. and the world at large. Unlike some diseases, your chances of developing the condition often stem from genetics. While some rarer conditions that lead to heart disease result from single or a couple genetic changes—like disorders that affect the heart’s muscles, the electrical rhythms, or the tendency to build up plaques from high cholesterol in the blood—most instances of coronary artery disease result from a much larger number of genetic changes. To date, researchers have identified at least 67 places within our DNA that can increase the chances of developing heart disease. Within each one, you can inherit one, two, or no copies of these genes. As the number of copies of the genes you have add up, so does your risk for developing heart disease.

But heart disease isn’t necessarily a death sentence. We’ve developed a number of great drugs and surgical interventions to treat the condition. What this study adds, Ingelsson says, is the idea that both aerobic and strength training exercises can be a cost-effective way to prevent or stave off heart disease.

Ingelsson points out that the study only shows a correlation between heart disease and exercise, meaning that it can’t prove that exercise is directly causing the decrease in heart disease. That kind of relationship is hard to prove because there are so many other variables—like stress and diet, for example—that could be at play. However, the large group they studied—500,000 individuals—is far better at showing an average trend and at eliminating outliers than a smaller group of people.

Ingelsson admits that the data could have been different if they followed the individuals for longer than 15 years. But he believes it would likely only have skewed even further in the same direction: the reduced chances of heart disease would be even more pronounced. “The effects would likely accrue over the years,” he says.

However, if you have heart disease (or any medical condition, really) you should never start an exercise program without first speaking to your doctor. Only your physician will be able to assess how well your body, including your cardiovascular system, is working, and what level of exercise it can tolerate. There’s no one-size-fits-all approach to physical fitness, and this is especially true if you’re at risk of a heart attack.

Ingelsson says his next area of inquiry is to use genetics to figure out what type of exercise will benefit an individual person. Researchers have already found that some people’s genes make them better at sprinting rather than endurance running, or strength training instead of aerobic activities. But Ingelsson wants to figure out if our genes can tell us what type of exercise will actually benefit us the most individually. That way, we can get the most out of the exercise we work so hard to talk ourselves into.