These packaged foods can increase overall risk of death. 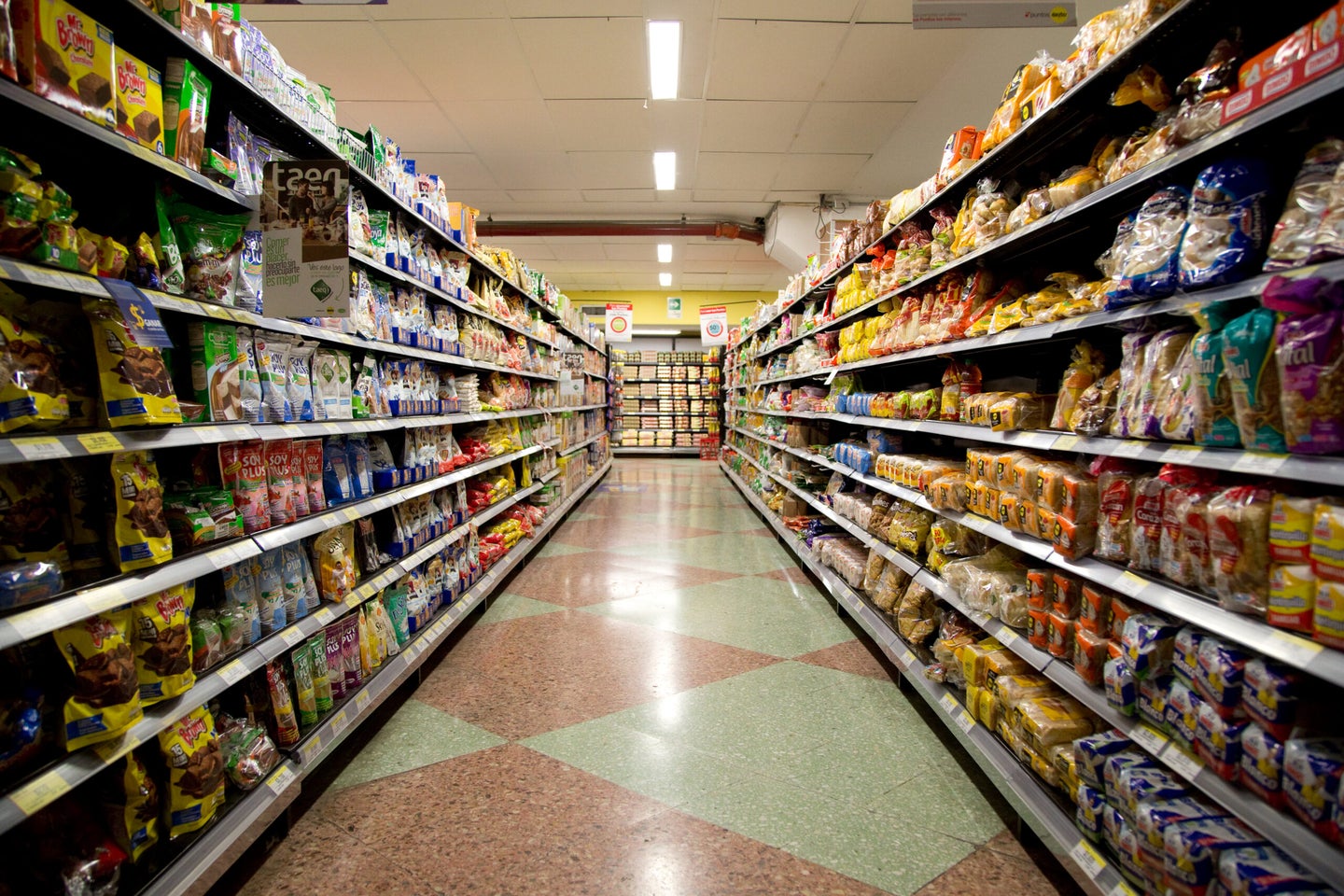 Increasing the amount of ultra-processed foods that you eat also shortens your life, according to a new study. The research, published in JAMA Internal Medicine, tracked nearly 45,000 French men and women over eight years. It found that for every 10 percent increase in the amount of ultra-processed foods the participates ate, risk of death went up 1 percent.

These ultra-processed foods are mostly made from substances derived from other foods, preservatives, and additives—designed to create convenient and long-lasting products. Both processed and ultra-processed foods can add excess sugars, oils, and fats to a diet, notes Claire Berryman, an assistant professor in the department of nutrition, food, and exercise sciences at Florida State University. Ultra-processed foods, though, take the amount to the next level—and also contain additives and other highly manufactured ingredients.

The JAMA Internal Medicine can’t say that these foods caused an earlier death, just that they’re associated with an early death. It’s not possible, therefore, to say what exactly in these foods contributes to the problems. However, the high amounts of bad-for-you ingredients are likely to play a role, Berryman says. “Anytime you’re getting an excess of sugar, fat, or salt, there can be problems.” Here’s what’s hiding in the packaging:

These foods also have higher amounts of sodium—in the JAMA internal medicine study, people who ate more processed foods also consumed more sodium. “We know that when you over consume salt you can contribute to increases in blood pressure [and] hypertension,” Berryman says. In addition, high salt intake is associated with a higher risk of dying from cardiovascular disease.

The more ultra-processed foods someone eats, the more likely they are to eat a diet that’s higher in saturated fats. “They’re often added to foods for flavor,” says Cristina Swartz, a clinical oncology dietitian at Northwestern Medicine Delnor Hospital. “Saturated fat is well-known risk factor for increasing LDL cholesterol, which can put you at risk for cardiovascular disease. It’s something that should be limited.”

Eating a diet high in ultra-processed foods is also associated with eating a diet lower in fiber, which decreases risk of death. The new study found that for every 10 percent increase in the amount of ultra-processed food someone ate, the amount of fiber they consumed dropped off significantly. “Excessive intake of these foods can displace the intake of nutrients like vitamins, minerals, and fiber from whole foods,” Swartz says.

Trans fats, which used to be common in ultra-processed foods, were banned by the Food and Drug Administration because of their clear link to high cholesterol and heart disease. But trans fats are just one of the additives manufacturers add to foods. Some research has raised questions about the health effects of others, like high fructose corn syrup, says Berryman, but there isn’t conclusive evidence available to say for sure what they are.

“Sometimes these additives are derived from natural products, but we don’t know the chemical and physical affects the food has on our bodies,” she says. “There’s lots of research in our future, and some of additives might have a similar fate to trans fats.”

However, just because ultra-processed foods can increase overall risk of death doesn’t mean eating them is going to immediately kill someone—it’s still fine to have some ice cream. Living a healthy life means making sure most of your diet comes from minimally processed foods, Berryman says, but eating something high in sugar isn’t going to send you straight to the grave. “Everything in moderation,” Berryman says. “You don’t want to deprive yourself.”