Experts can’t agree on how to measure caloric effects on metabolism. 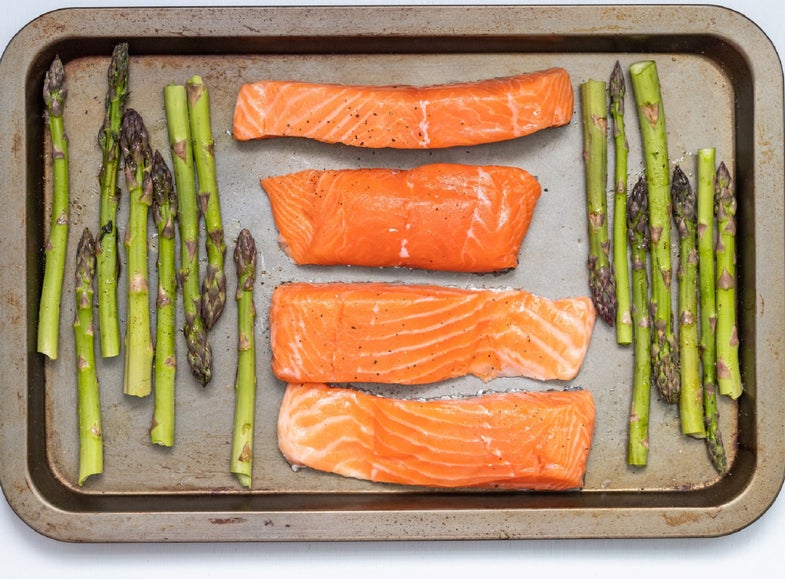 What does a low-carb diet do for our bodies? Science doesn't know exactly. Christine Siracusa/Unsplash
SHARE

A lot of nutrition science seems to contradict itself, and headline-making studies on low-carbohydrate diets are no exception.

Bodies are, in a lot of ways, like black boxes, especially when it comes to metabolism. We can measure what you take in and put out, but it’s difficult to know what’s really going on inside. Do high-in-carbs foods prime your metabolism to pack on the pounds? Some experts vehemently believe that they do, but plenty of other experts disagree just as forcefully. That doesn’t mean they don’t know what they’re talking about, it just means that nutrition science isn’t yet at a stage where we understand enough of the fundamentals to have a unified theory that everyone can subscribe to. Scientists are still debating a lot of the details.

One recent debate is about whether low-carb foods help you burn more energy, which could ultimately combat obesity and diseases like diabetes. Researchers who published a study in the British Medical Journal say they’ve got solid evidence that your metabolism increases when you cut carbohydrates. They’re not claiming this is the end-all-be-all account, they’re simply confident in their findings.

But a close look at the “limitations” section in their paper reveals a lot about what this debate is really about: methodology. These scientists used a method of quantifying metabolism called doubly labeled water that is considered by some to be a gold standard, but by others to be potentially flawed. “Some investigators recently proposed a novel reason why the doubly labeled water method—used extensively in nutrition research for decades—would bias comparisons among diets varying in macronutrient ratio,” the authors write. They conclude that this purported bias “is highly speculative and unlikely to be meaningful.” Yet plenty of other nutrition and obesity researchers think otherwise, so let’s unpack this.

[Related: The best diets are the simplest ones]

Some nutrition studies focus on weight loss because it’s the reason so many of us diet. But if you want to study metabolism, you can’t just see whether people are burning calories on one diet or another. You have to find a way to measure how much energy a person is burning. There are a few ways to do that, but the main two are whole room calorimetry and doubly labeled water.

The idea of the whole room calorimeter is that the patient is literally locked in an airtight room, given meals through a slot in one wall, and generally observed within an inch of their lives. Cameras monitor how much they move around, how much they sleep, and so on. (Julia Belluz at Vox published a phenomenal piece about her experience inside one as a control in a metabolism study). It’s based on the principle that the rate at which you take in oxygen and exhale carbon dioxide, as well as the rate at which you exchange other gases and body heat, is directly tied to how quickly you’re burning energy. When you need fuel, your body creates it in the form of a molecule called ATP. The chemical reaction to make ATP spits out carbon dioxide as a waste product, so when your metabolism goes up your carbon dioxide production should too.

The doubly labeled water method relies on a similar principle, but uses heavy versions of hydrogen and oxygen (isotopes with more neutrons than normal) to label water molecules. A study participant drinks this heavy water and their body turns it into two main waste products. The heavy hydrogen gets excreted as water molecules in the urine, while the heavy oxygen gets exhaled as carbon dioxide. It’s the difference between your measured heavy hydrogen and heavy oxygen outputs that tells researchers how fast your metabolism is. If you’re burning more energy, you should be releasing more heavy oxygen in proportion to the amount of heavy hydrogen because you’re using the heavy oxygen to make ATP. The hydrogen should all get peed out.

But a few studies raised a potential issue: what if you’re not peeing out all the hydrogen? One of the basic assumptions of the doubly labeled water method is, as one study on the matter put it, “that the H[ydrogen] of body water only leaves the body as water. Any loss of isotopes in other products will introduce an error into these techniques.” If your body is somehow holding onto some of that heavy hydrogen, that would artificially inflate the apparent metabolic rate of your study participants. Some researchers tried giving heavy water to growing pigs and found that those who ate diets very high in carbs incorporated some of the heavy hydrogen as lipids in their body fat. A subsequent study in humans found the same issue. Men who were put through both methods at once had no change in metabolism when they went onto a low carb diet—but only according to the calorimeter. According to the doubly labeled water, they were suddenly burning more energy.

Those in favor of the whole room method say that studies like these are evidence that their methods are more accurate and suggest that low-carb diets aren’t a magical metabolism booster. Proponents of doubly labeled water argue that lipid production shouldn’t actually change much in humans in response to diet, so the water method should work just fine. Other studies have even suggested the methods are equally accurate, or that the water method may be a little better.

This is not a debate that’s going to get settled now, though. Researchers on both sides say their method is “the gold standard.” And this is exactly what’s so hard about nutrition science: There’s not a ton of agreement on exactly what we should eat to optimize our bodies. If we can’t even agree on how to measure our metabolism, how can we agree on guidelines based on the results of metabolism studies?

And that’s not even mentioning the fact that studies of low-carb versus low-fat diets show that in the long run, people lose about the same amount of weight on both. Some people seem to react well to cutting carbs, while others do well cutting fats. That may have to do with how well people can stick to their diet or perhaps with their individual metabolism, but either way the important thing seems to be to pick a diet that works for you. No news article can tell you what’s right for your body and your life.

These are muddy waters and unfortunately, there’s not a ton of great nutrition advice out there except the no-nonsense advice that experts have been agreeing on for ages: eat less sugar, more vegetables, fewer processed foods, and more whole products.

To put it another way, you probably already know what’s good for you.