How It Works: 175mph Electric Car

Before Electric Blue sped across Utah’s Bonneville Salt Flats at 175 miles an hour late last year, no one had... 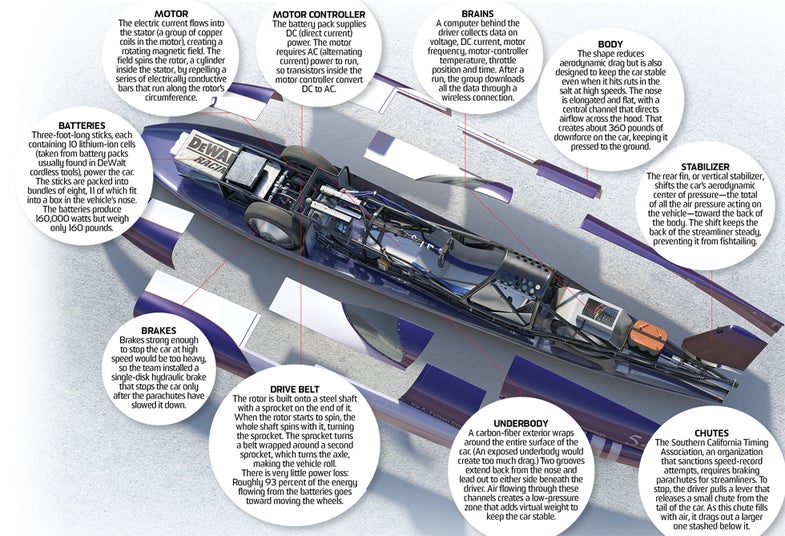 Before Electric Blue sped across Utah’s Bonneville Salt Flats at 175 miles an hour late last year, no one had made an official attempt to set a speed record for battery-powered racecars weighing less than 1,100 pounds. Other groups have been racing on the Salt Flats for years in electric cars with heavier batteries and larger motors. But Perry Carter, a professor of manufacturing engineering technology at Brigham Young University, wanted a car that could hit high speeds without so much weight. Accomplishing the feat required far greater attention to aerodynamics, power transfer and other engineering features that keep the car stable. The student-built, elongated-teardrop-shaped Electric Blue, which belongs to a class of vehicles called streamliners, was in development for seven years and could reach the 200mph mark by the end of this year. 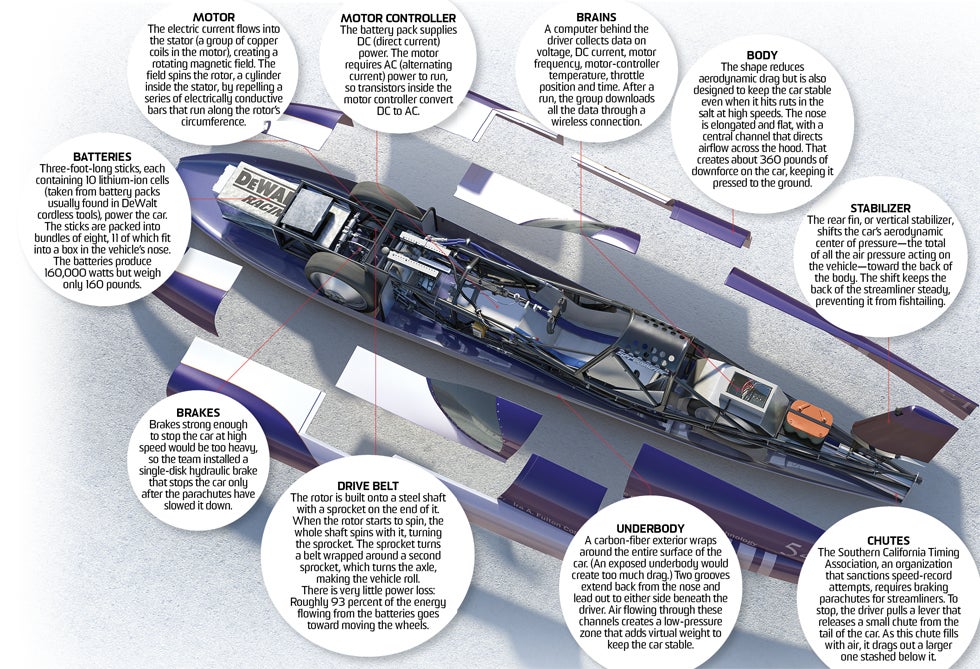