The news prompted Elon Musk to mock Mitt Romney. Who's the loser now? 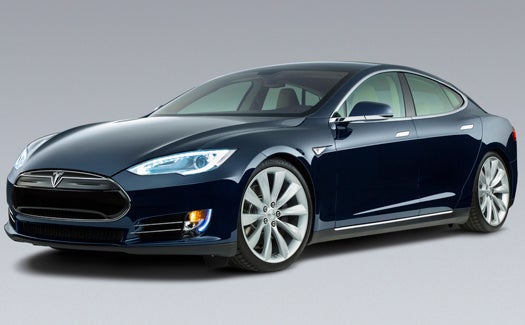 In a striking sign of the future to come, the car-kingmakers at Motor Trend magazine have for the first time named an all-electric vehicle their Car of the Year. The Tesla Model S is the first car without an internal combustion engine to win the coveted award. It’s also much-loved by PopSci, FYI.

And for the first time since anyone can remember, the winner was a unanimous choice, according to Motor Trend. “Not a single judge had any doubts about the 2013 Motor Trend Car of the Year,” the magazine said. The Model S–now Tesla’s only offering after it ceased production on its Roadster–beat the Ford Fusion, the Porsche 911 and nine other finalists.

It was one of the most efficient cars ever tested, but that was hardly its most important factor. “At its core, the Tesla Model S is simply a damned good car you happen to plug in to refuel,” wrote Motor Trend editor-at-large Angus MacKenzie.

It’s a shining moment for Tesla, which briefly became a flash point in the presidential campaign when Mitt Romney dumped it in the same camp as failed solar-energy firm Solyndra. He called them “losers” that were bad bets for public funds.

The car is huge, seating seven people when you outfit it with some interesting rear-facing child seats. And its cargo capacity rivals an SUV–there’s no hulking engine, so there are two trunks to store all your groceries and camping gear. It can travel up to 300 miles on its optional 85-kilowatt battery, and its motors can bring it from 0 to 60 mph in 4.4 seconds.

Tesla CEO Elon Musk was gleeful at the New York announcement Monday night, according to Slate and CNN, saying “This is a point at which the gears of history moved.” He also recalled Romney’s loser remark: “In retrospect, he was right about the object of that statement, but not the subject,” he said.