The transition from novelty to normality 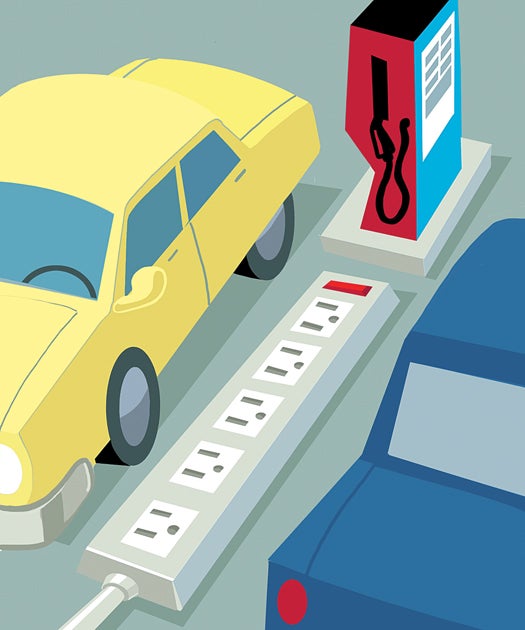 Early this year, when it became clear that the Chevrolet Volt and Nissan Leaf had missed their 2011 sales targets, critics declared the electric-car revolution over. Yet at Detroit’s annual North American International Auto Show in January, plug-in cars abounded. BMW displayed its forthcoming i3 electric city car, along with its i8 plug-in hybrid sports car. Acura unwrapped a hybrid concept version of the NSX supercar. Tesla Motors brought its all-electric Model S sedan. But the most important car on the show floor might have been one that, on the surface, seemed much less exciting: the new Ford Fusion, which will be available in gasoline, hybrid and plug-in hybrid versions.

Carmakers long refused to build plug-in cars because they said they had no idea how many people would buy them. Then, rising oil prices and environmental concerns led governments to enact stricter emissions standards and push carmakers to build cars that could meet those standards. In the U.S., the federal government lent several carmakers (not just GM and Chrysler) money to develop electric vehicles and retool factories.

Ford used part of its $5.9-billion loan to develop a system for building gas cars, hybrids, plug-ins and electric cars all on the same line. In a renovated Detroit-area factory, it will build gas and electric versions of the Focus compact car, along with hybrid and plug-in hybrid C-Max minivans. The company will use the same strategy for the Fusion.

Compared with the ambitious e-car launches of recent years—particularly those of the Chevy Volt and the Nissan Leaf—Ford’s approach might appear noncommittal. But it could turn out to be transformative. It’s evidence that once the investments have been made, manufacturing electric cars isn’t all that hard. It’s a matter of adding a few assembly-line stations where plug-in cars get their batteries, electric motors and electronic controls. And when Ford and other automakers use the same lithium-ion batteries across a range of electrified vehicles, it will help reduce the cost of those batteries, pushing electric-vehicle sticker prices down and ultimately in line with conventional gas cars.

Drivers won’t just benefit from lower prices; they will finally get some choice. Picking a power train could eventually become as simple as opting for the premium sound-system package. And making that choice won’t have to be a lifestyle statement. Outwardly, the plug-in hybrid version of the Ford Fusion will be almost indistinguishable from the hybrid or conventional versions, with the exception of a charge-port door and a little badge that says “Energi.” Habituating Americans to the concept of plugging in should make it more likely that all manner of electrified cars receive a warm reception.

The debut of the Volt and the Leaf was just one phase of a long process. First came the high-profile launches and the saturation media coverage. Now it’s time for plug-in cars to slowly become normal, even boring—or, to put it another way, accepted.