How It Works: Powered Gear Shifters

In 1938, Simplex released the first cable-based bicycle gearshifts. Riders would move a lever near the front of the frame... 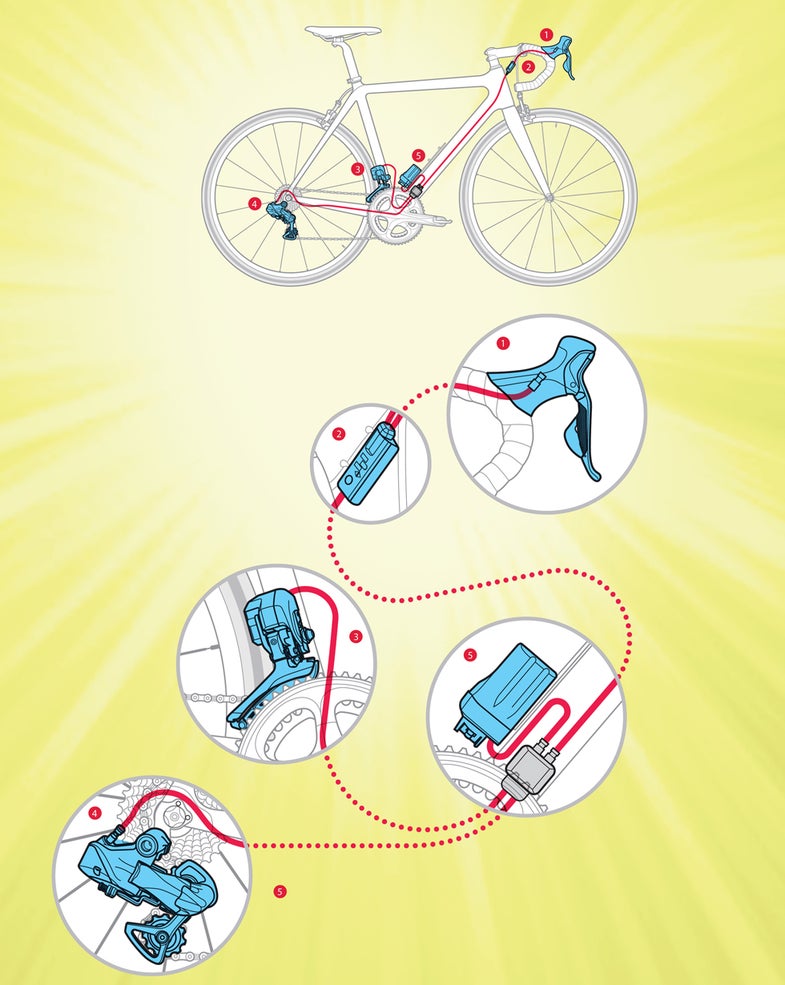 In 1938, Simplex released the first cable-based bicycle gearshifts. Riders would move a lever near the front of the frame that tugged a metal cable attached to a chain derailleur. The shifts were often imprecise and, as debris collected on the cables, moving the levers could become difficult. Nonetheless, bicycle shifting remained cable-driven until 2008, when Shimano introduced the first electronic shifters. The company swapped mechanical derailleurs for motorized ones, cable for electrical wire, and levers for buttons. Last fall, Shimano launched Ultegra Di2, a version of the system that can be retrofit onto most road bikes.

As on most road bikes, the Ultegra’s controls are in its brake levers. In a basic setup, the right lever controls the rear gears, and the left one the front. (Riders can alter the controls’ locations to suit their preferences.) Each lever has a downshift and upshift button. When a rider taps his right-hand down button, that tells a microprocessor in the lever to start a downshift signal.

The signal travels from the shift lever through a 0.1-inch-thick coaxial wire. Watertight connection points protect the system from short circuits. The wires from both levers meet at a junction box near the center of the handlebars. Red and green lights on the box indicate battery levels.

From the junction box, the signal moves to the front- and rear-chain derailleurs,
which each contain a microprocessor and a motor. When the rear derailleur receives a downshift signal, it moves the chain’s rear track one gear. As needed, the front derailleur’s motor also moves its side of the chain slightly to keep the chain from rubbing on adjacent gears.

A 2.5-ounce rechargeable lithium-ion battery mounted to the frame powers the Ultegra. Depending on a rider’s shifting habits (moving the front derailleur consumes four times the power of shifting the rear one), one 90-minute A/C charge can power the system for 1,000 to 1,500 miles. 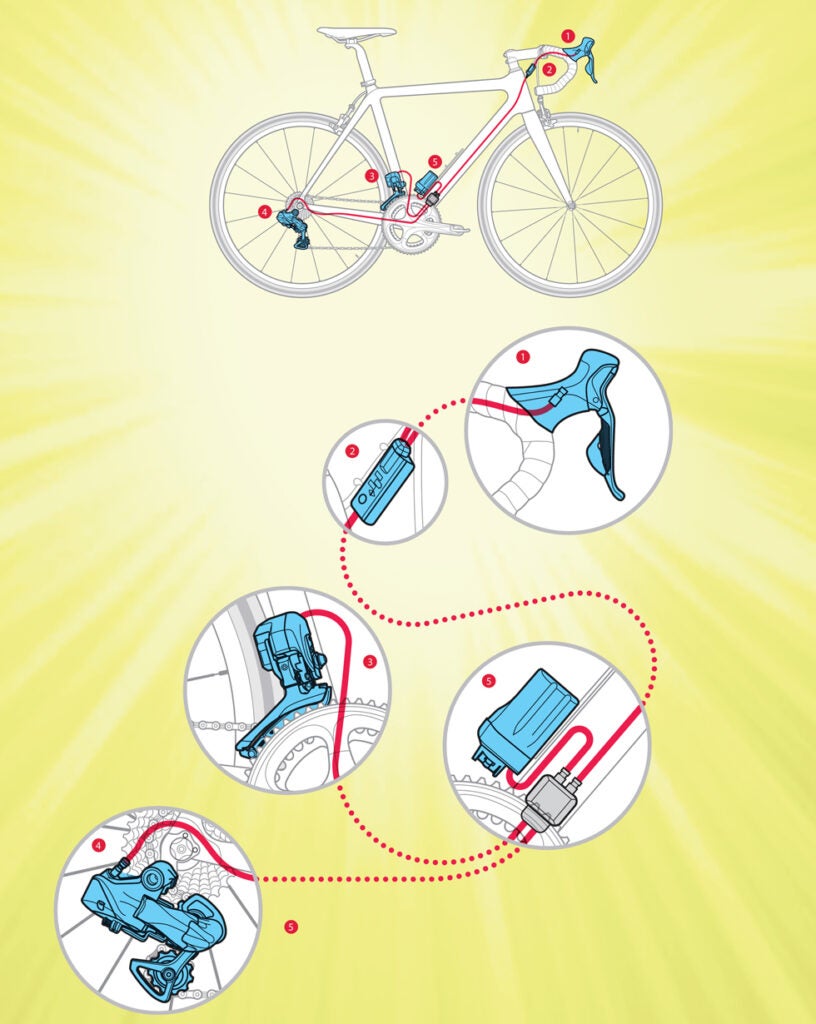 bicycles
Gadgets
How It Works 2012
Technology