It’s a hot topic whenever anyone mentions electric cars: pricing. Many electric cars are more expensive than their regular counterparts,... 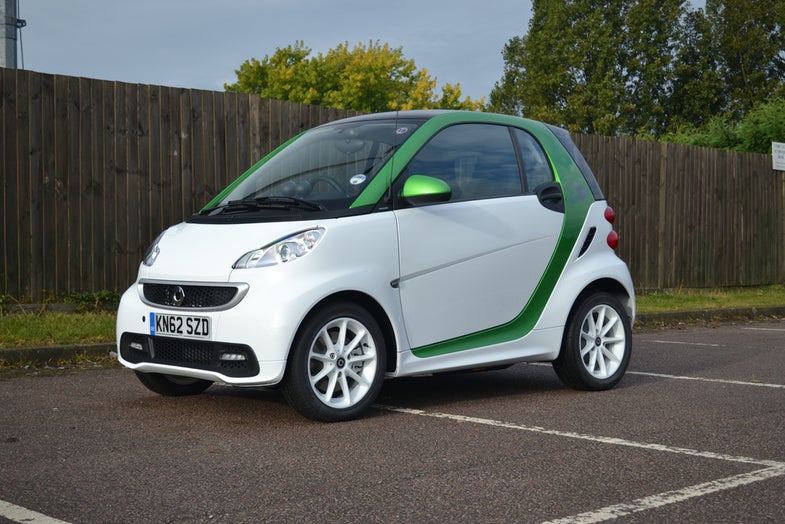 It’s a hot topic whenever anyone mentions electric cars: pricing. Many electric cars are more expensive than their regular counterparts, though naturally they cost less to run too.

But what do today’s electric and plug-in cars actually cost? We’ve gathered together each plug-in car on sale today in one place. Every vehicle here shows the manufacturer’s suggested retail price, plus any mandatory destination and handling fees.

The prices do not include any local or federal tax incentives or rebates–so many cars here may be available cheaper, for those eligible for specific credits or rebates. All MPGe figures refer solely to the cars’ electric efficiency.

This article, written by Antony Ingram, was originally published on Green Car Reports, a publishing partner of Popular Science. Follow GreenCarReports on Facebook, Twitter, and Google+.

More from Green Car Reports:
Elon Musk’s Hyperloop: 30 Minutes In Windowless 800-MPH Pod?
Half Of All Electric Cars Are Sold In 5 Cities; Can You Name Them?
Tesla Takes The Lead On Dumping Door Mirrors For Video Cameras 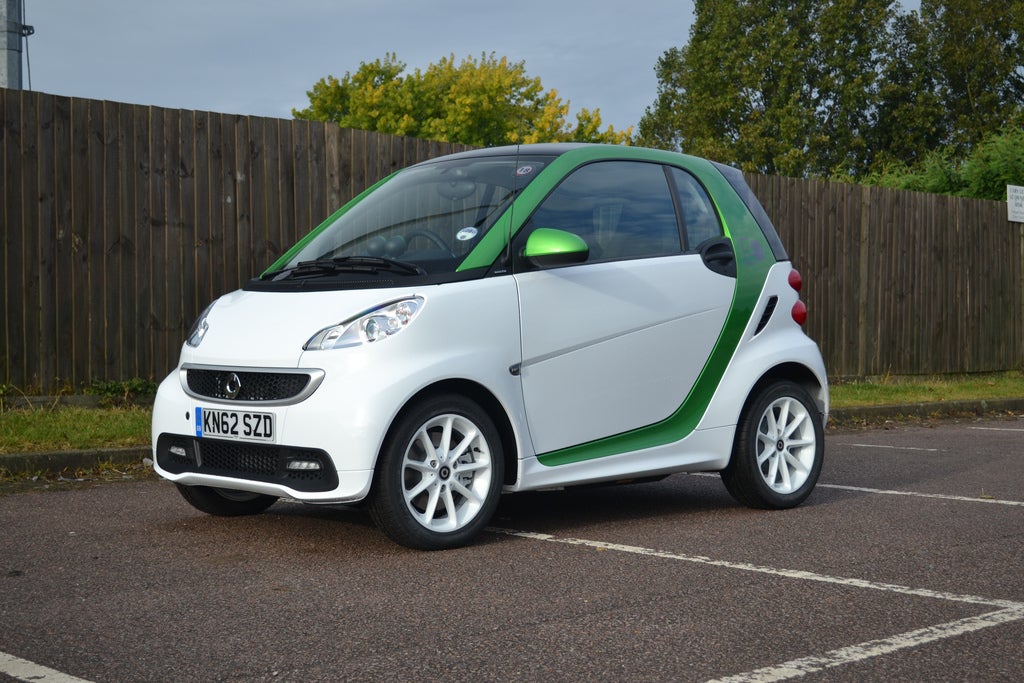 17.6 kWh battery, 68 miles (EPA), 107 MPGe, 55 kW motor Smart’s latest electric drive model is the cheapest new electric car on the market. You only get two seats, but you also get rid of the gasoline car’s jerky transmission. There’s enough power to make good progress now, and if you’re able to benefit from incentives, the price starts to look quite tempting. 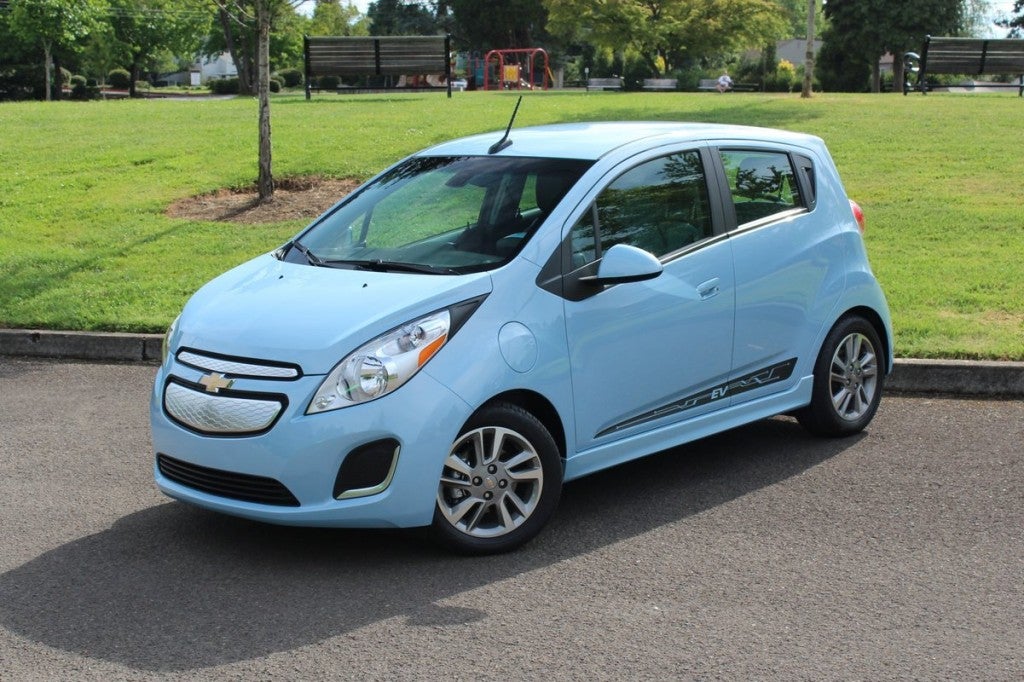 20 kWh battery, 82 miles (EPA), 119 MPGe, 110 kW motor Chevrolet has put the same effort into its diminutive Spark as it did the Volt, and has managed to improve the aerodynamics and interior to match the Spark’s electric aspirations. With huge torque on offer, performance is pretty strong. 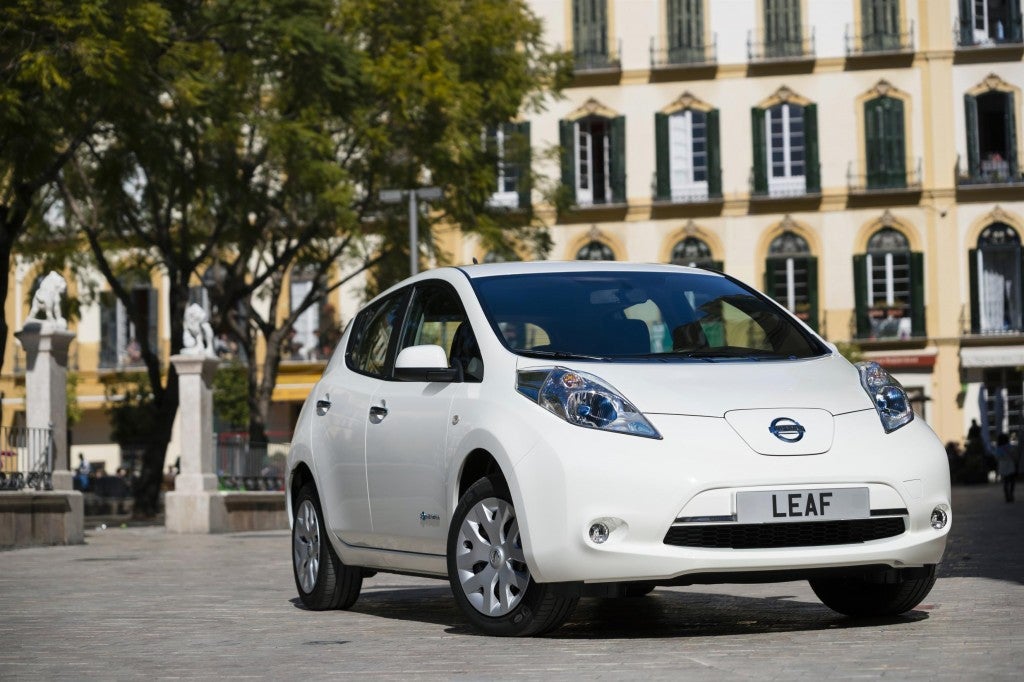 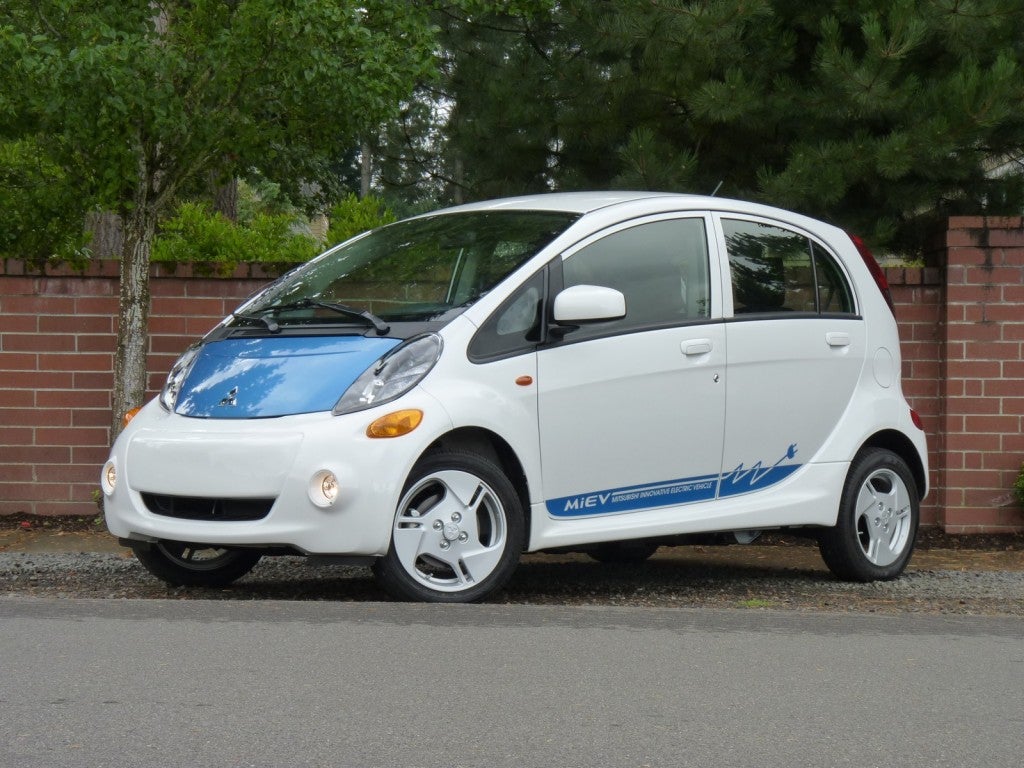 16 kWh battery, 62 miles (EPA), 112 MPGe, 66 kW motor It may no longer be the cheapest EV on the market, but 112 MPGe still means the Mitsubishi i is one of the more efficient electric cars. If you can live with the looks and limited range, it’s worth a look–and there are some incredibly cheap lease deals out there. 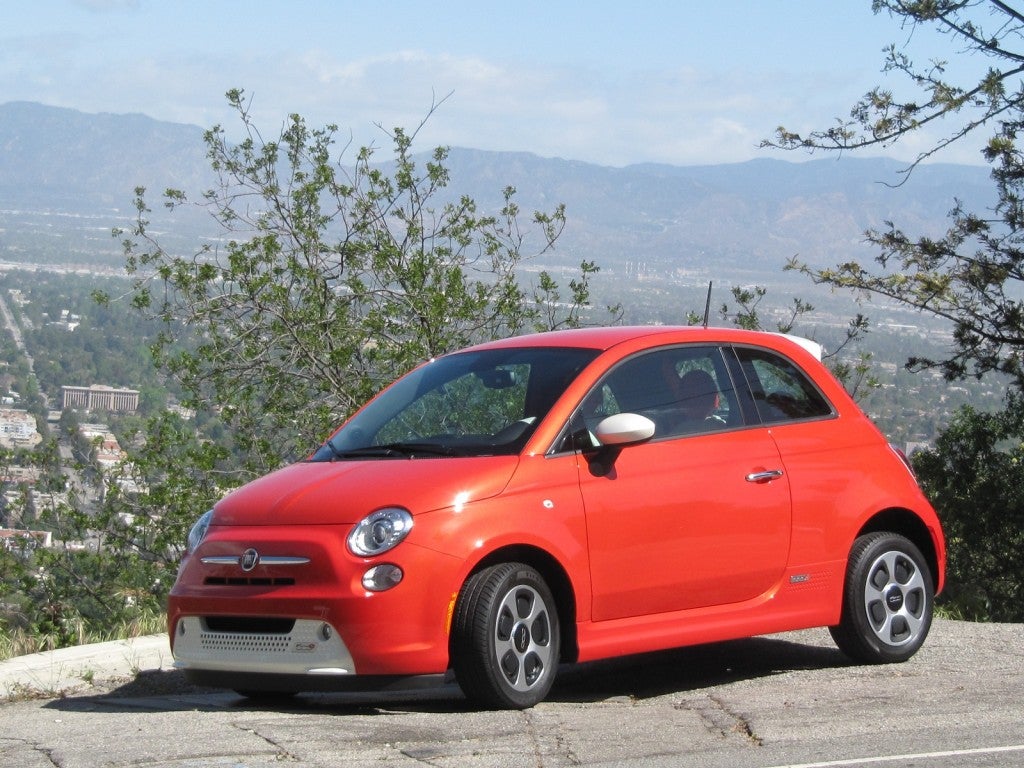 24 kWh battery, 87 miles (EPA), 116 MPGe Fiat’s 500e electric car may be a mere “compliance car“, but the engineers have done a great job–its nippy, fun to drive and probably a better vehicle than the gasoline version. Limited availability is a hindrance, though. 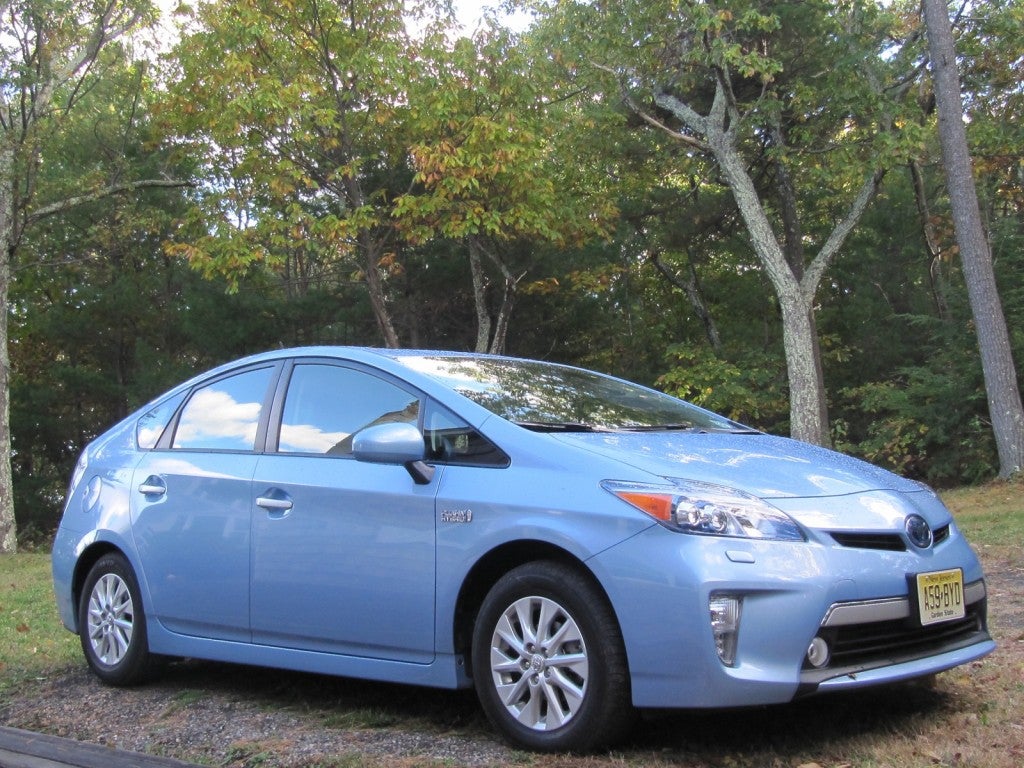 5.2 kWh battery, 11 miles (EPA blended), 6 miles (EPA all-EV), 95 MPGe, 60 kW motor (134-hp combined) The Prius Plug-In is a little off the pace technologically these days, but its similarity to the regular, familiar hybrid means it’s ideal for drivers trading up from a regular Prius. The short all-electric range is disappointing to some, though. 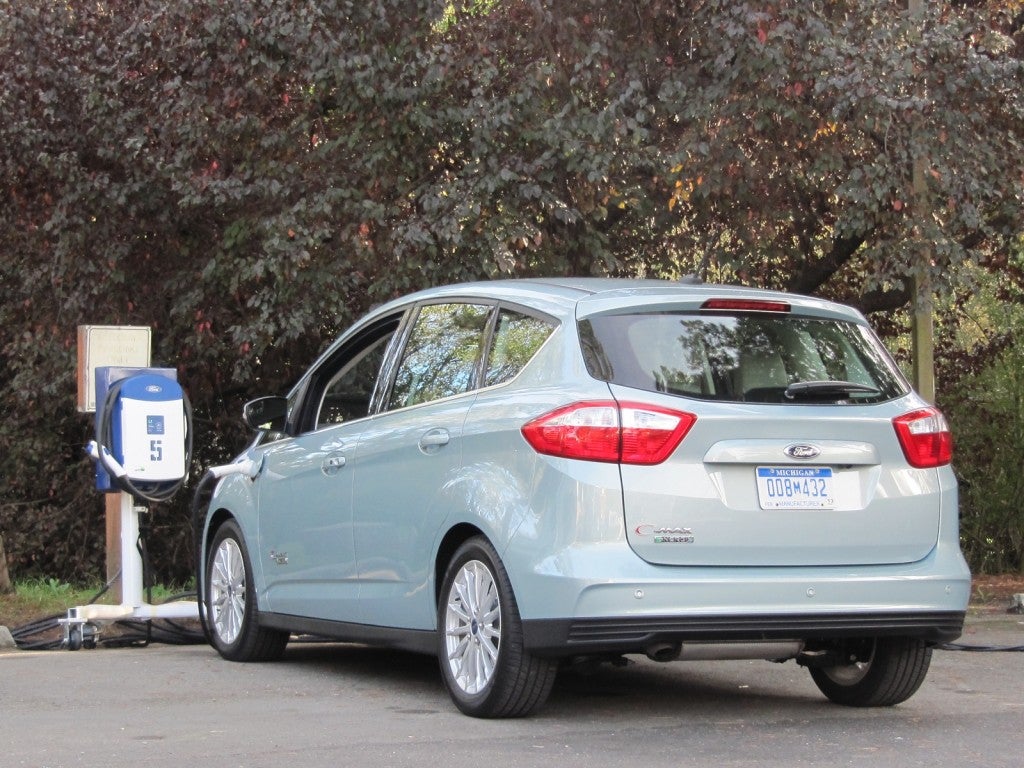 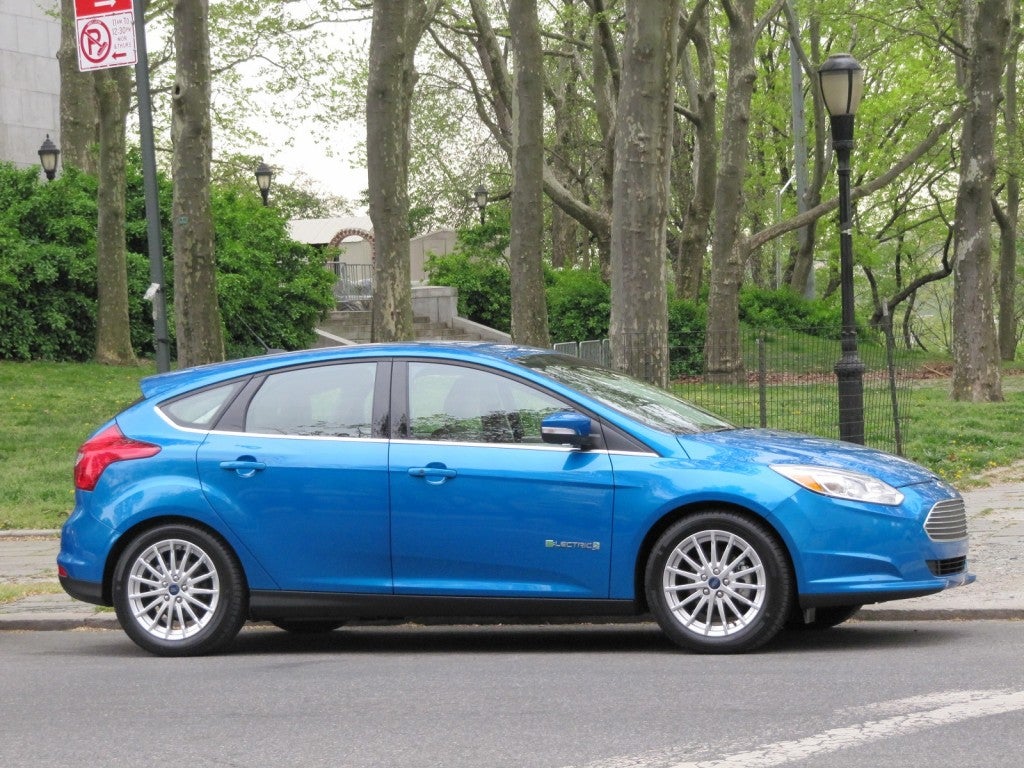 23 kWh battery, 76 miles (EPA), 105 MPGe, 107 kW motor Ford’s Leaf competitor offers slightly greater range and more power. It’s also more efficient, but sales have thus far been slow–and Ford is putting more faith in its other plug-in models, the C-MAX and Fusion Energi. A recent price cut has made it look a little more competitive, but no other updates joined the lower price. 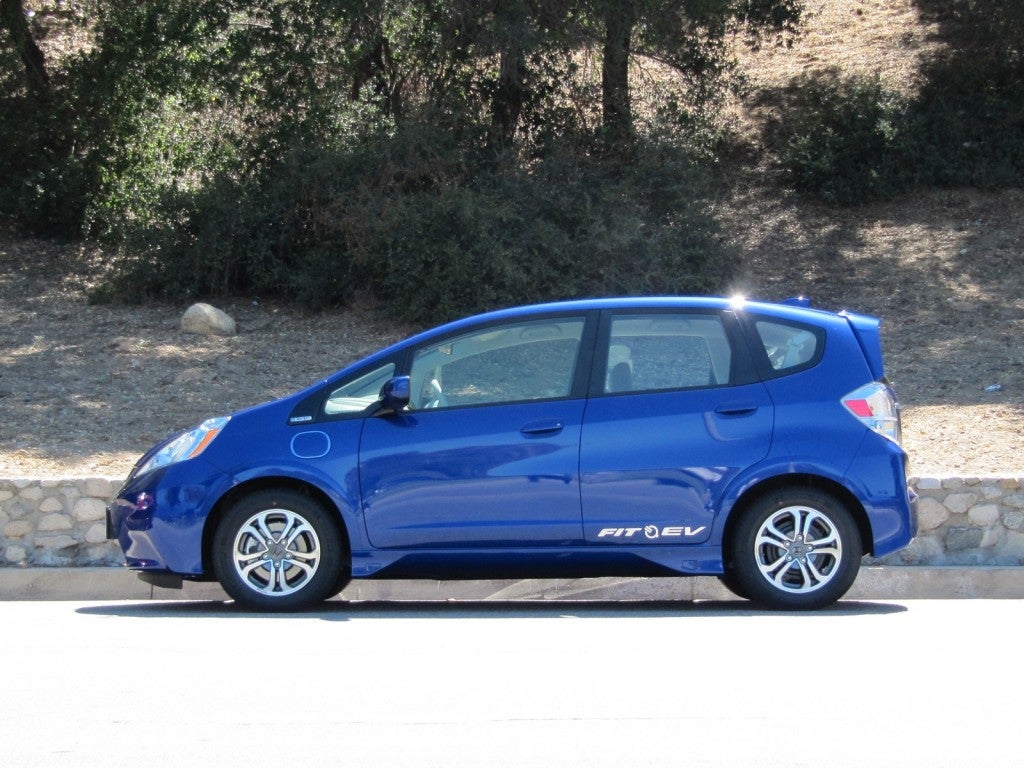 20 kWh battery, 82 miles (EPA), 118 MPGe, 92 kW motor Sadly, Honda’s electric Fit is merely a “compliance car”, designed to meet California’s zero-emission vehicle requirements. That’s a shame, as the Fit EV is one of the most efficient plug-ins on the market. It’s further harmed by being available only for lease–and not a cheap one, either, though it has come down recently, resulting in increased demand. 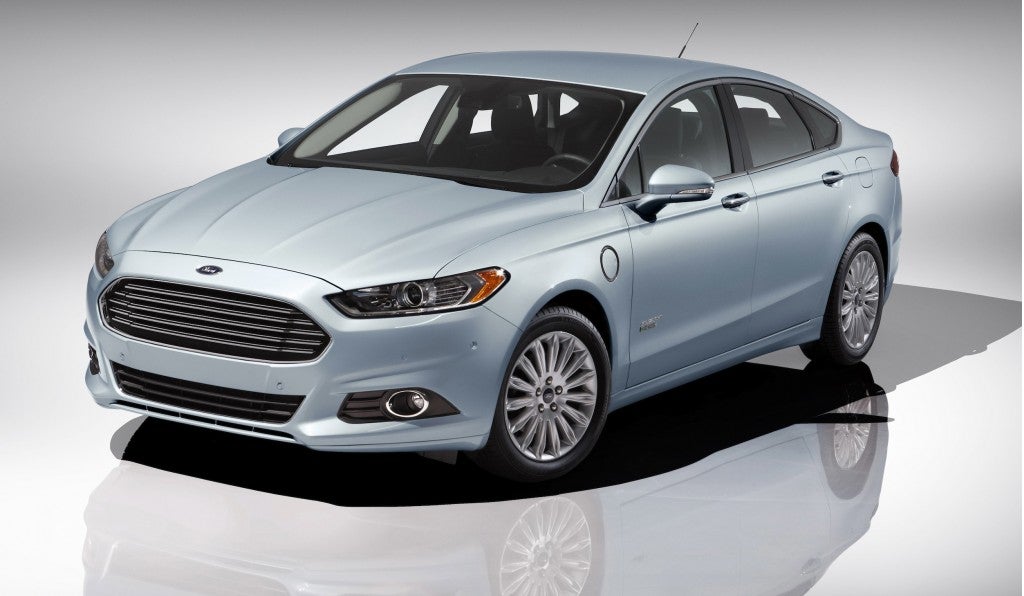 7.6 kWh battery, 21 miles (EPA), 100 MPGe, 88 kW motor (195-hp combined) For Fusion, read C-Max–mechanically, the two are near-identical. That means the same battery electric range and efficiency rating, despite the two different body styles. The Fusion is the looker of the pair though, while all that extra metal means finding a little extra cash before you sign on the line. 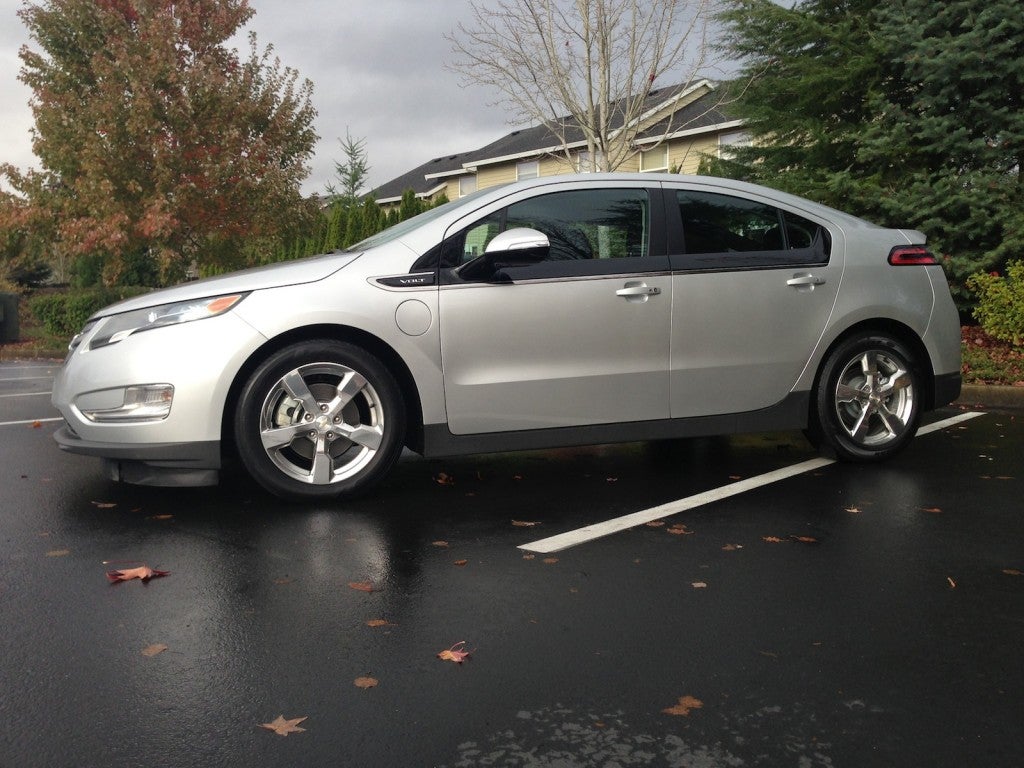 16.5 kWh battery, 38 miles (EPA), 98 MPGe, 111 kW motor Chevy hasn’t yet hit its yearly sales targets with the Volt, but it’s still the best-selling plug-in on sale. Over 30,000 have now found homes in the U.S. and owners are very happy. They’re also doing two-thirds of their driving on electric power–proving that the concept works. 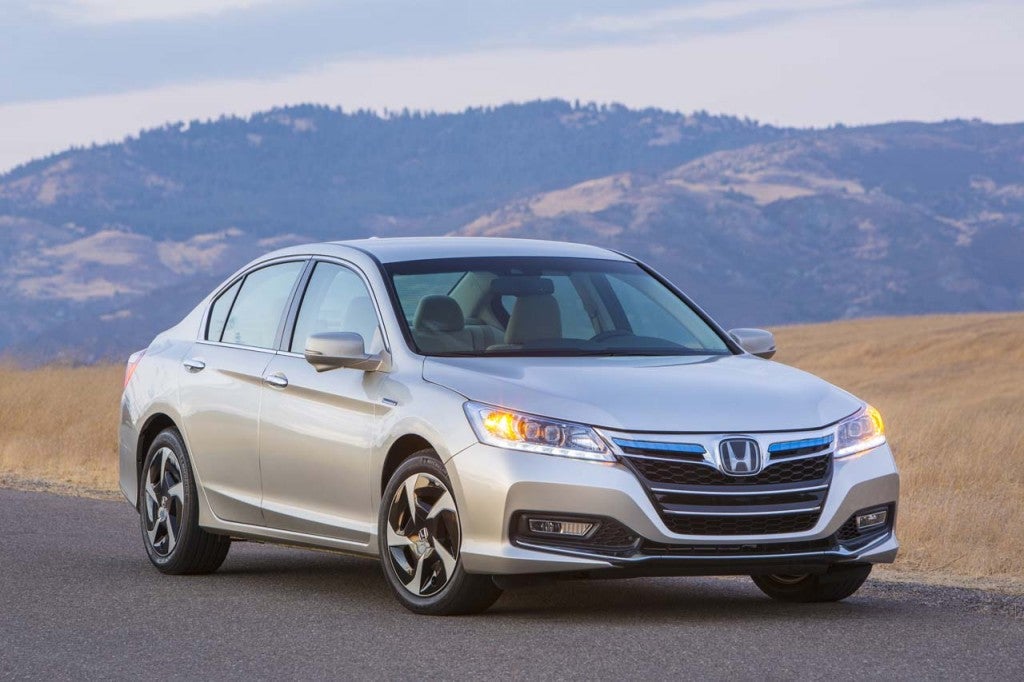 6.7 kWh battery, 13 miles (EPA), 115 MPGe, 124 kW motor (196-hp combined) Honda’s plug-in challenger is fairly new to the market, and it’s a little more expensive than its similarly-specified rivals. Unlike the firm’s mild hybrids though, the two-motor Accord offers class-leading efficiency and plenty of power. 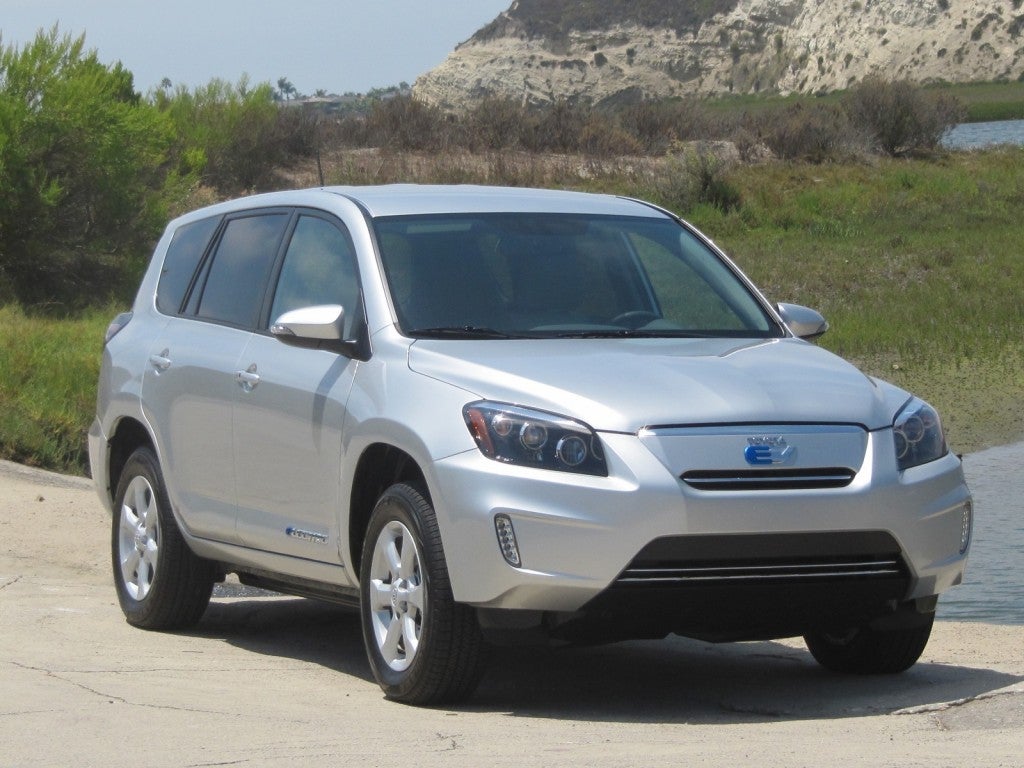 41.8 kWh battery, 103 miles (EPA), 76 MPGe, 115 kW motor The original RAV4 EV is still praised widely by its owners, and when used models appear for sale, they rarely remain unsold for long. The new car uses Tesla expertise, but unfortunately, sales will be restricted–the RAV4 EV is only a compliance car. 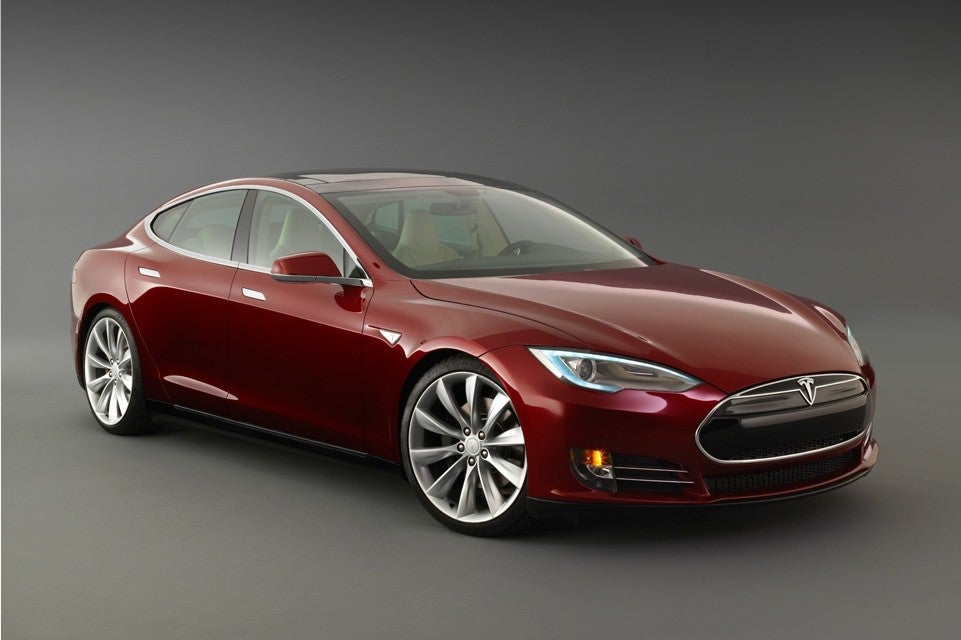 40-85 kWh battery, 160 miles (estimated)-265 miles (EPA), 89 MPGe, 270 kW motor You may have seen a lower base price advertised for the Model S, but Tesla cheekily deducts the full $7,500 federal tax rebate in its price lists. Thankfully, its near-$2,000 is now included in the car’s cost. The Model S is probably the most convincing EV on sale–and certainly the most fun.
Cars
electric cars