Why You Shouldn’t Fear The Eggnog

For the past several years, I’ve made eggnog over the holidays from an old family recipe. The real stuff: booze,... 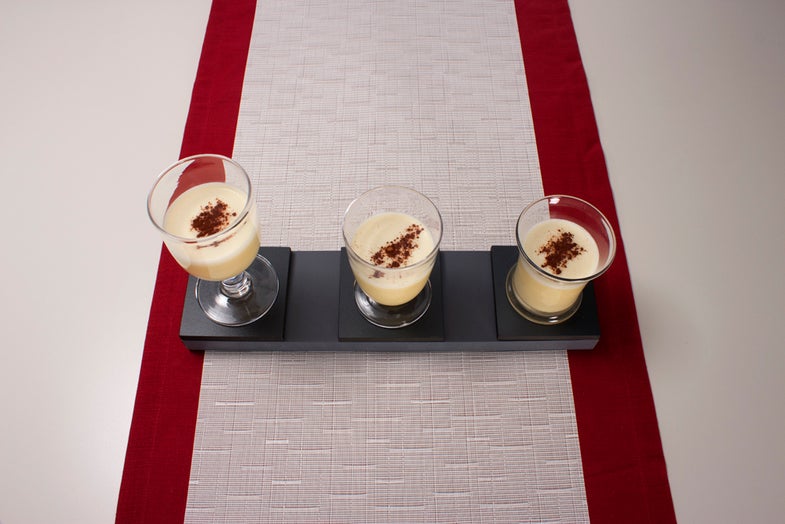 For the past several years, I’ve made eggnog over the holidays from an old family recipe. The real stuff: booze, cream, sugar, and raw eggs. Some of my more cautious friends and family may have sipped their beverages politely, but I could see in their eyes that they were terrified of getting sick (“You used raw eggs? Real ones?”).

I get it. Salmonella isn’t fun. According to the Centers for Disease Control and Prevention, these pathogenic bacteria most commonly cause diarrhea, fever, and cramps. In more severe cases, infections may settle in the joints to cause reactive arthritis, which may become permanent. And salmonella infections cause around 400 deaths annually (out of 1.2 million estimated and 42,000 confirmed cases). As with most infections, people with compromised immune systems are especially vulnerable.

To calm my skeptics’ minds, I sought proof that homemade eggnog is safe, or at least that it runs a low risk of contamination. It wasn’t long before I found a great experiment that Science Friday and Rockefeller University ran a few years ago.

You can listen to the story or watch the video, but here’s a quick summary. For more than five decades, microbiologists at Rockefeller’s Laboratory of Bacterial Pathogenesis and Immunology have made a batch of eggnog before Thanksgiving, aged it for about a month in the lab’s cold room, and then served it at the December holiday party. The tradition started with Rebecca Lancefield, the former joint head of the lab, and the current head Vincent Fischetti took over when Dr. Lancefield died in 1981.

I’m satisfied at eggnog’s safety by the simple fact that microbiologists have been voluntarily drinking aged raw eggs and booze safely for over five decades. But if that isn’t enough for you: there’s more. In 2010, Science Friday’s Flora Lichtman convinced Dr. Fischetti’s lab to run a little experiment. The scientists purposefully added salmonella to a batch of eggnog to mimic what might happen if a contaminated egg made it in. Over several weeks, they tested the eggnog for evidence of the salmonella. In the early tests, the bacteria were thriving, but between one and three weeks later, they appeared to be completely gone, likely wiped out by the recipe’s copious amount of alcohol. It should be noted that even with these data, the scientists did not drink from the contaminated batch of eggnog. And, while it is an intriguing experiment, it was just a small sample size and Dr. Fischetti tells me that there are no plans to run a follow up.

This year, I decided to forgo my family eggnog (sorry, Mom) and try out Dr. Lancefield’s recipe. I left out the additional experimental bacteria, of course. I made a batch on November 24th and I plan to serve it at a party later this week.

Teetotalers should stop reading right about now. Those with aversions to calories and sugar: look away. This is not the recipe for you. And I should also remind readers that the CDC, the Food and Drug Administration, and the National Institutes of Health do not recommend consuming raw eggs in any form.

Here is the recipe I followed, modified slightly from Science Friday. The above photo gallery includes step-by-step photos (they’re not wonderful. Sorry. Mixing eggs and booze and taking photos simultaneously is not very easy),

Beat whole eggs until whites and yolks are thoroughly mixed

Beat heavy cream in a separate bowl until it peaks, then fold into the egg/bourbon/rum mix.

Add the light cream while stirring.

Add the sugar with mixing (around 1 pound/batch, depending on your sweet tooth)

Store in the refrigerator uncovered for at least one night.

Seal the container and keep refrigerated for around 3-4 weeks.

I’ve tested the eggnog several times over the weekend. By tested several times, I mean I drank around three glasses. You know, just to make sure it’s safe. As of today, I can confirm the eggnog is delicious, that it is indeed very boozey, and that I’m still alive. 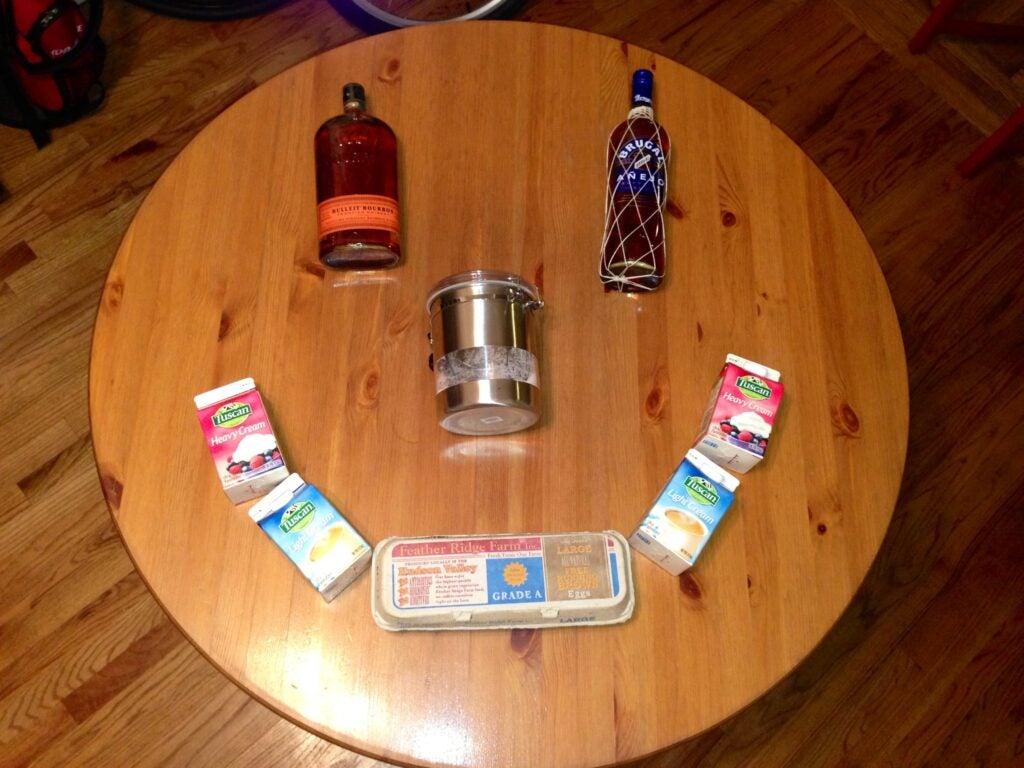 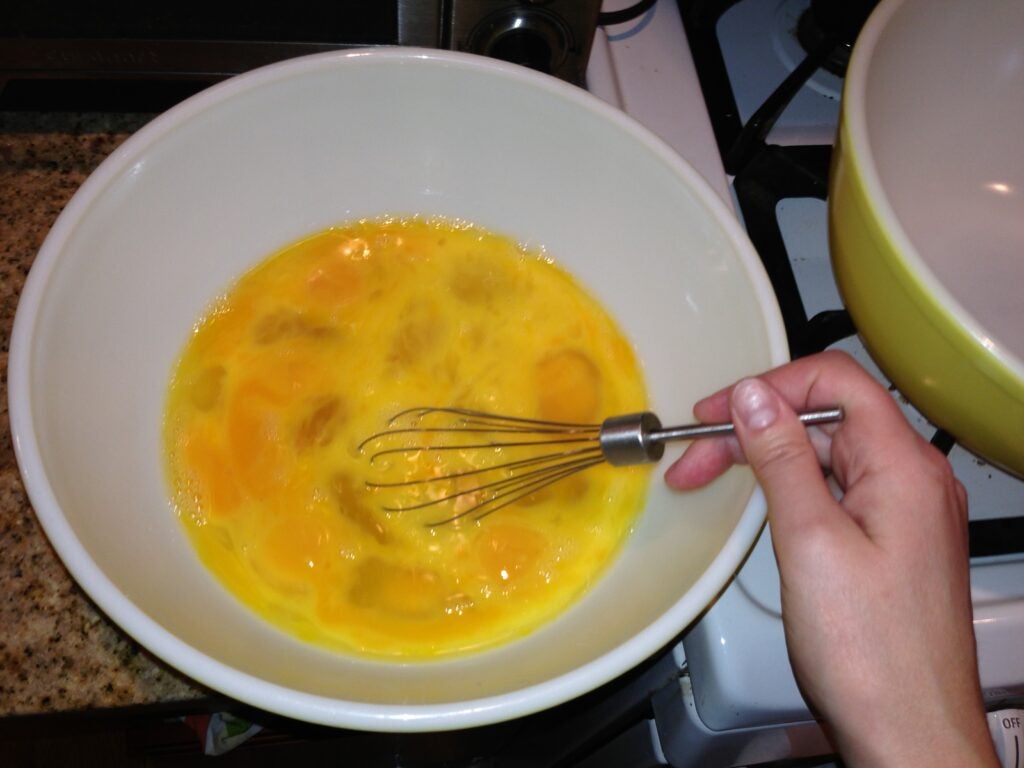 Do this until thoroughly mixed (both whites & yolks). Also, maybe wear gloves? 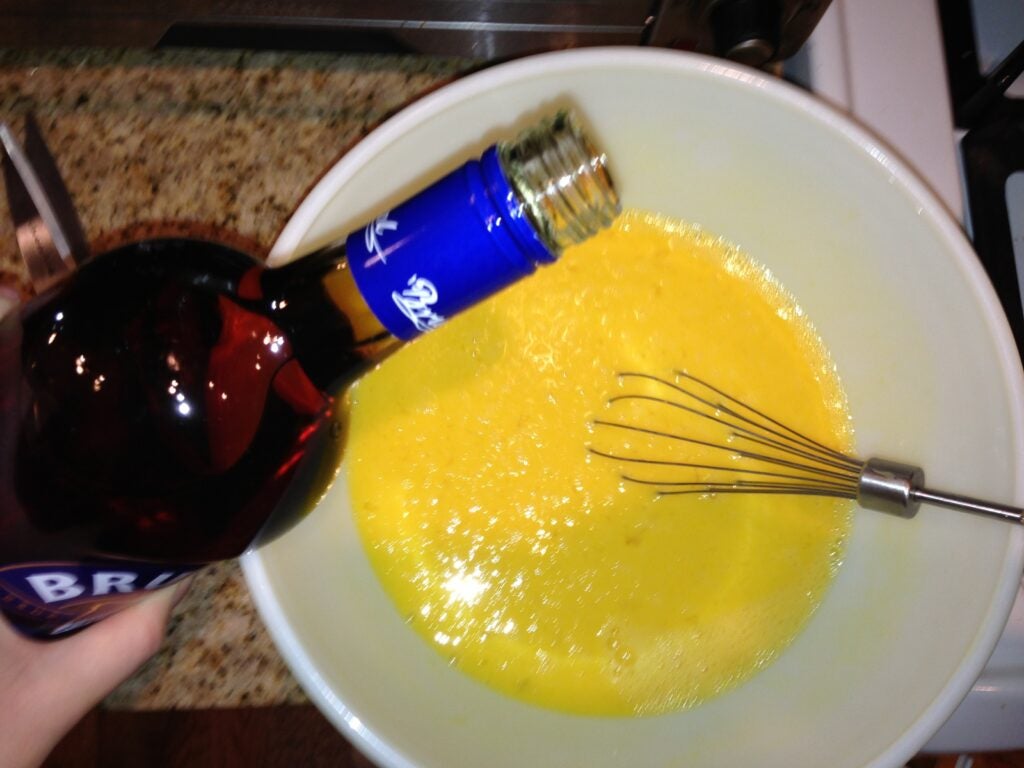 Add the booze slowly while stirring, and take a blurry picture. 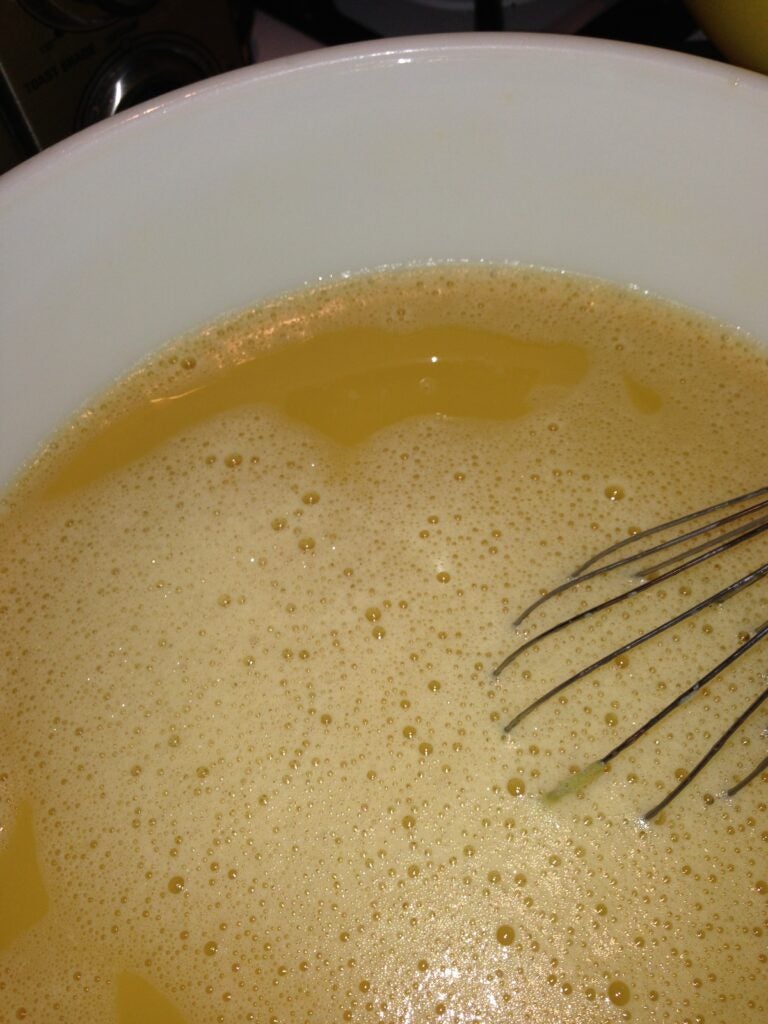 The egg and alcohol will start to resemble an Orange Julius. But don’t drink it. 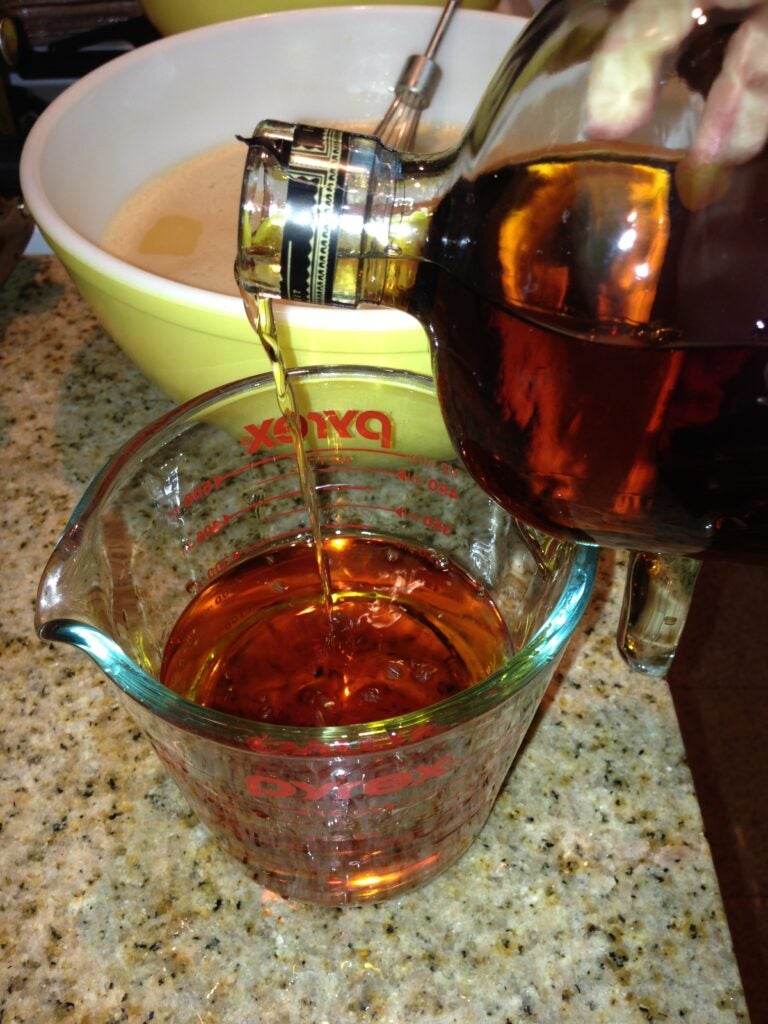 Add in the same fashion as the rum: slowly, while stirring. I had to measure out the bourbon because it came in a giant bottle that was larger than the recipe required, whereas the rum bottle was nearly the perfect amount. 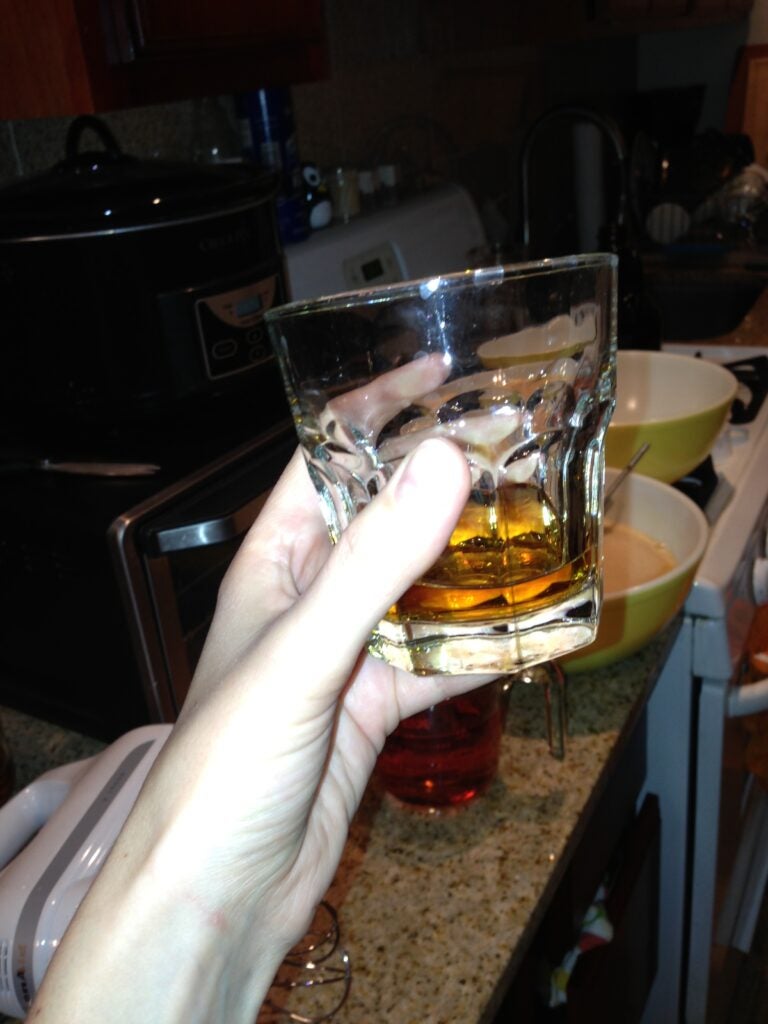 Pour a little bourbon for the bartender (optional). 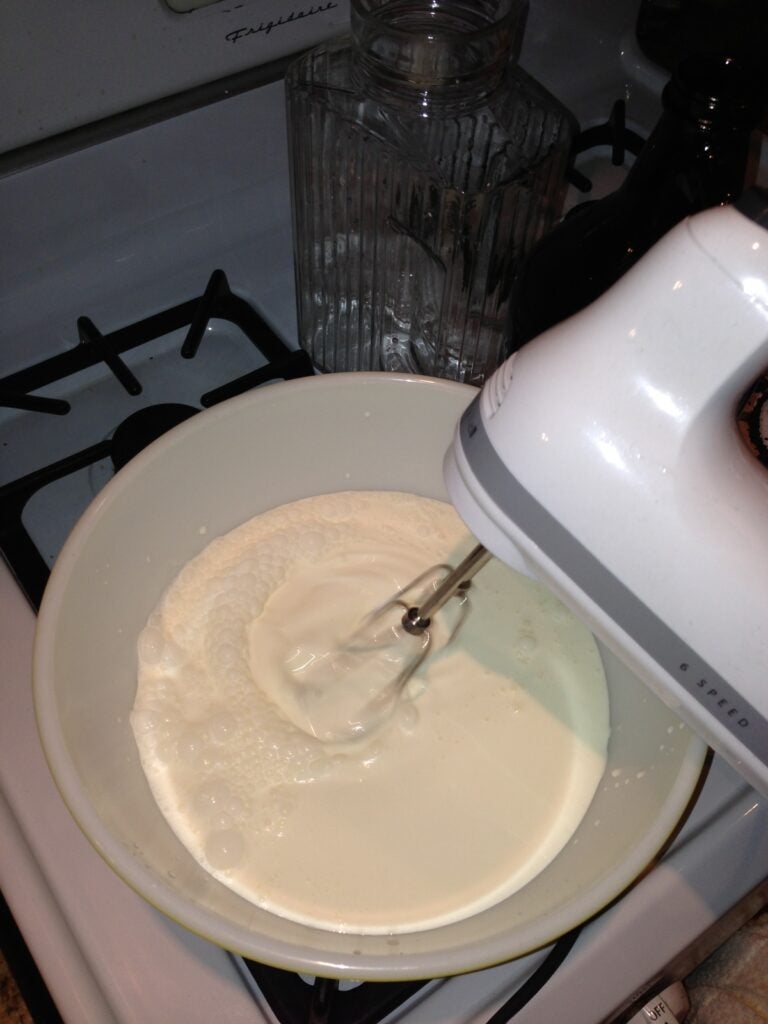 You’ll probably want a mixer for this. 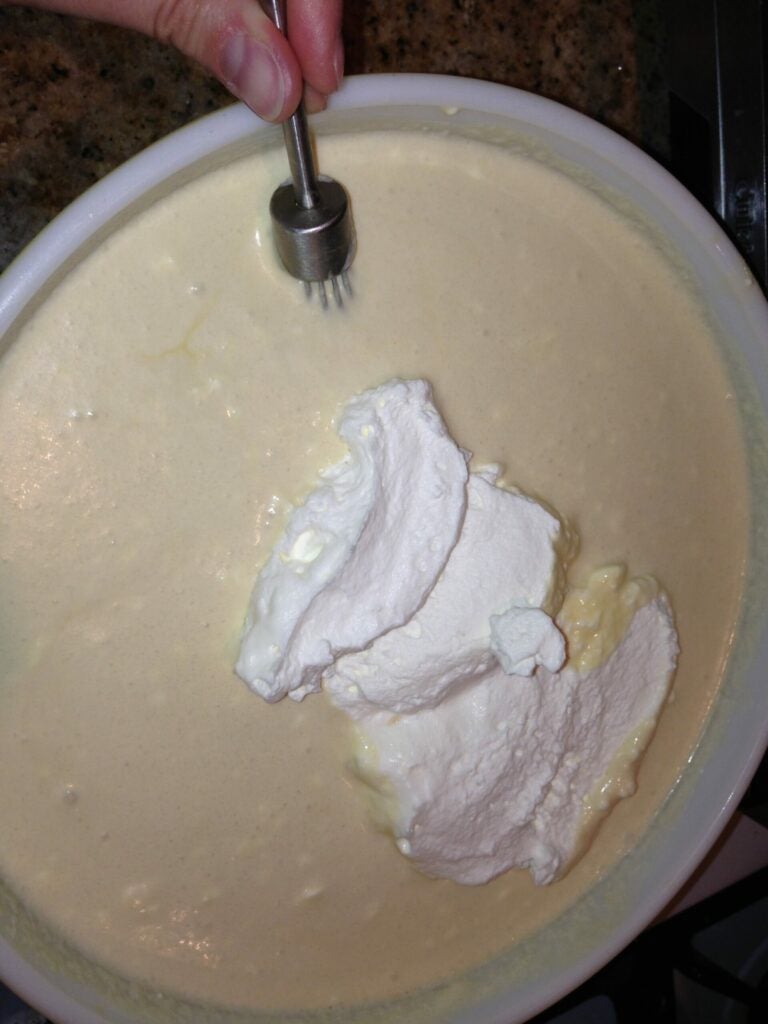 There’s nothing quite as rich and intoxicating as made-from-scratch egg nog. 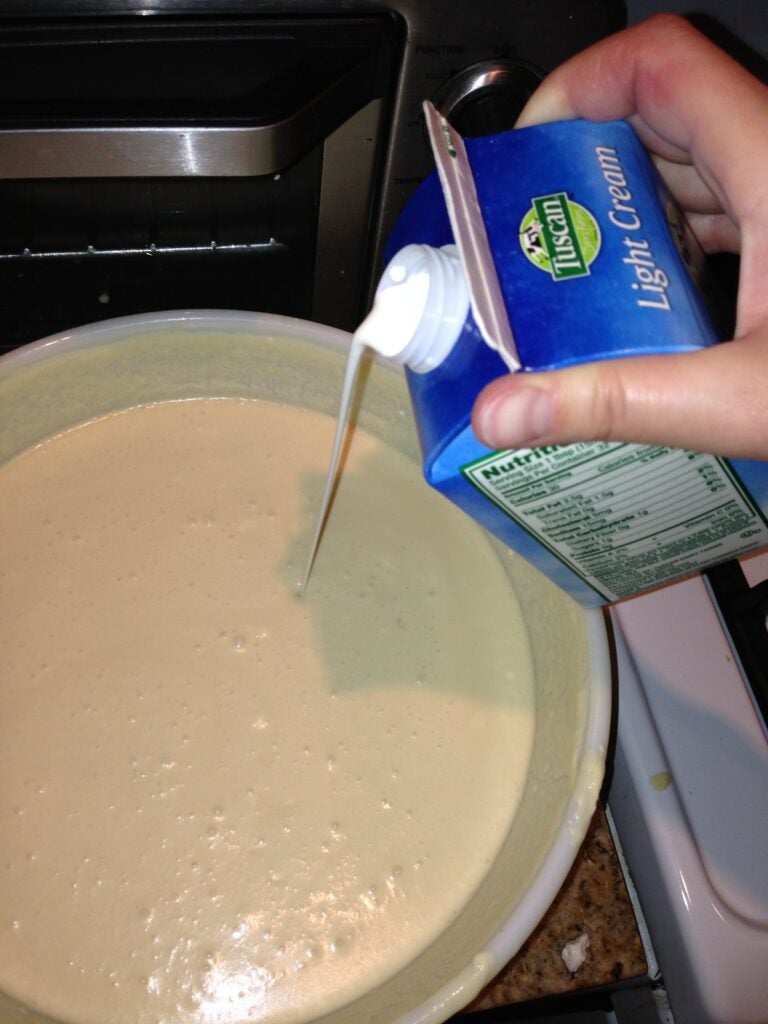 Add it in and stir. Simplest step. 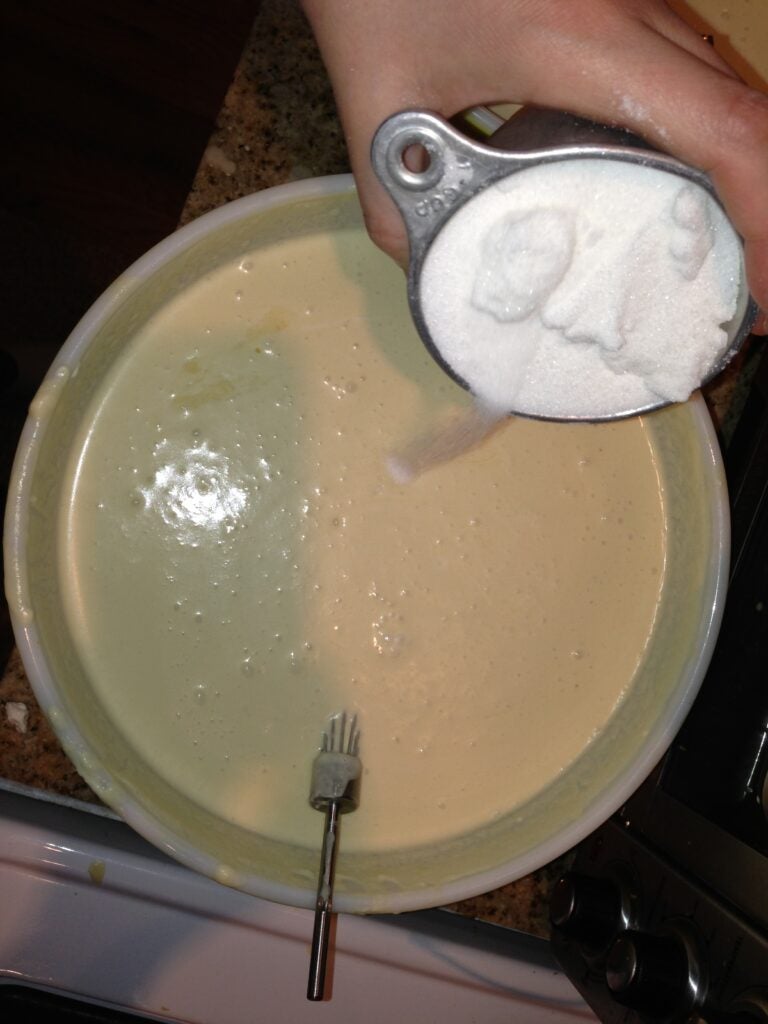 Okay, this step is pretty easy, too. Add and mix. 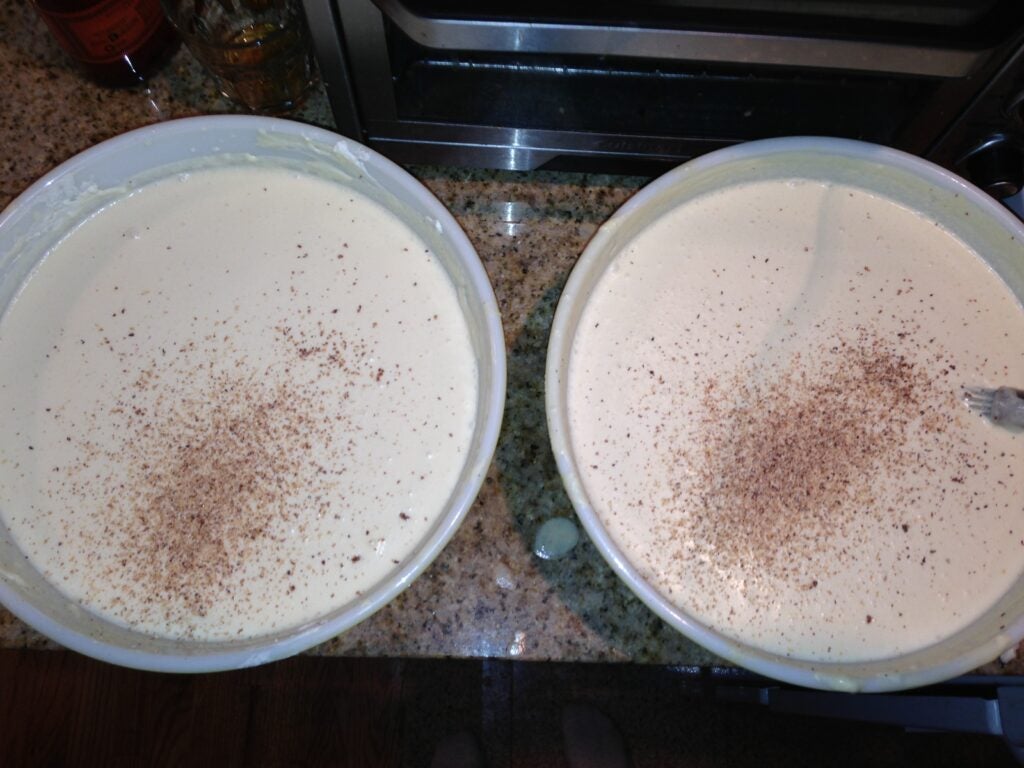 Add nutmeg. And voila! After this step, I transferred to glass containers and put it in the fridge.
Diseases