In ‘Concussion,’ Will Smith Plays Pioneering Doctor Who Challenged The NFL 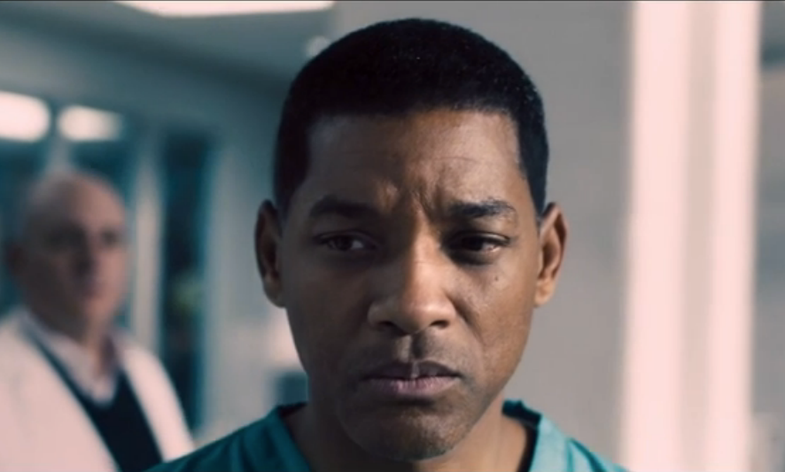 In 2005, a forensic pathologist named Bennet Omalu published a paper about a disease he had just discovered called Chronic Traumatic Encephalopathy (CTE). You might have heard of it—CTE causes the brain to break down as a result of repeated head trauma and has been found to affect dozens of former football players. But when Omalu published his paper, he faced staunch opposition from the National Football League (NFL), which wanted to suppress the discovery even though the organization was putting 1,700 players at risk every year, a story chronicled in the 2009 GQ article “Brain Game.”

Now Omalu and his battle to tell the truth about CTE are the subject of a new film, called Concussion. In it, Omalu, played by Will Smith, is a little-known scientist who faces off against the powerful, multi-billion-dollar organization that is the NFL. The first trailer was released today exclusively on Monday Morning Quarterback.

Indeed, the true story has a cinematic quality to it. Omalu was born in Nigeria and didn’t follow football, so he had never heard of the famous players that ended up on his table for autopsies. According to a 2013 PBS interview, Omalu’s discovery started when he dissected the brain of a former Pittsburgh Steelers center named Mike Webster. Though Webster had died of a heart attack, his physician listed “post concussion syndrome” as a contributory factor to his death. The effects of repeated brain trauma had been noted since the 1920s—erratic and irrational behavior, memory loss, increased incidence of mental illness like depression. Many thought that the disease was early-onset Alzheimer’s. But no one had figured out just what was going on in the brain.

Based on the shape of the brain and proteins found in it, Omalu was the first to figure out that CTE is distinct from Alzheimer’s. And when he published his paper, along with several other prominent neuroscientists, the NFL fought hard to have it discounted. Fearing legal liability for endangering its thousands of players, the organization accused him of fraud and pushed for the paper to be retracted; it didn’t invite him to a conference intended to talk about the disease. Some accused him of “threatening the American way of life,” he said.

But Omalu knew he was right, and that thousands of other lives were at stake. As more players wound up on his table and evidence mounted, Omalu was vindicated. And though researchers still have lots of questions about CTE and how it can be treated, they have a much better understanding of the disease because of Omalu’s work.

The movie will focus more on Omalu’s battle to get the NFL to tell the truth and features some familiar faces including Alec Baldwin and Luke Wilson. Concussion will be in theaters this December.