Here are some links on infestations, contagions, and controls from around the web this week. Have more? Add them in... 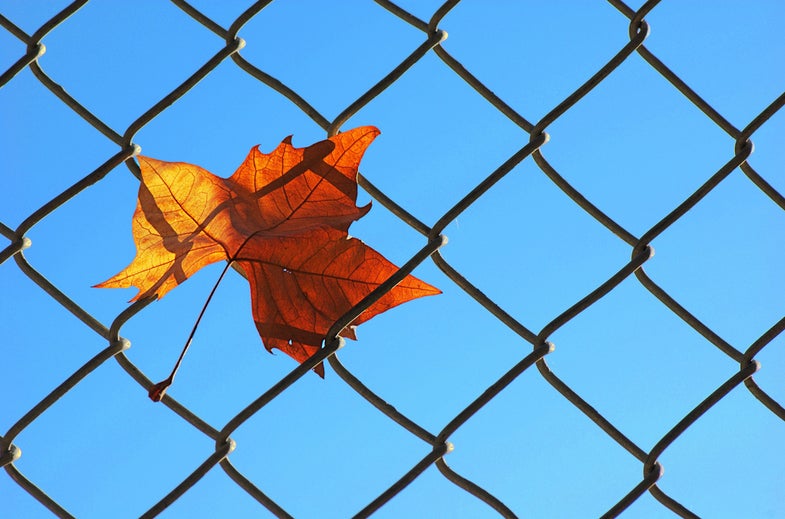 Here are some links on infestations, contagions, and controls from around the web this week. Have more? Add them in the comments.

The polio outbreak in Syria has prompted a big vaccination campaign, which the BBC reports will target 20 million children in Syria, Egypt, Iraq, Lebanon, Turkey, and the West bank and Gaza.

A recent CDC report says that malaria cases in the US have risen in recent years, which is likely due to an increase in travel to regions where the disease is common.

Wired reports that the next SARS pandemic could come from bats in China (not everyone agrees, according to the story).

Reports in Nature and New Scientist say farming across the Midwest hasn’t just altered the landscape. It has also changed the diversity of microbes in the prairie soil.

A bill that would have limited pesticide use by GMO companies in Hawaii was vetoed.

Both The Verge and NPR have stories up on the use of antibiotics in American livestock.

And Australian officials have labeled Katy Perry’s latest album a “bio-security concern,” not for the music but for the fact that the singer included a small packet of seeds, which she apparently encouraged fans to plant.

In good and bad microbe news:

NPR asks whether providing your microbiome data to big projects may have privacy implications. If you don’t care about privacy, here’s a story on Ubiome, a startup that will analyze your body bacteria for a mere $89. And here’s a piece on why babies may have weak immune systems (spoiler: it’s to let the good bacteria in).

Here is a teaser for Resistance, which looks to be an awesome film about antibiotic resistance.

And Jason Tetro has a good explainer at PopSci’s Under the Microscope blog on using microbes to fight microbes, to help get around antibiotic resistance.

Carl Zimmer has a piece the fear of snakes. Scientists say that your fear of snakes might be concentrated in the neurons of the pulvinar, a brain region that may quickly focus attention to specific objects. Like… snakes.

A new book has gorgeous photos of insects, worms, and other small creatures.

The New York Times has a piece on those mysterious oarfish that have washed up on the shores of California. Larval tapeworms, a spiny headed worm, and other parasites found in one of the fish may give clues as to the fish’s origin.

And, researchers in China uncovered the oldest known fossil of two insects in the throes of passion.