He uses nanoparticles to program the body to attack even the most elusive tumors. 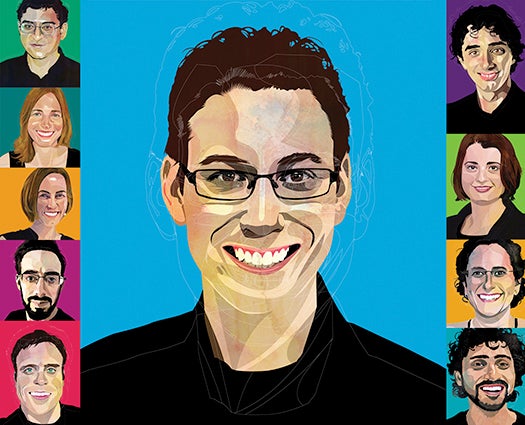 Jordan Green has always had a soft spot for Legos. A biomedical engineer at Johns Hopkins University, Green is creating tiny tools just as versatile: biodegradable particles that can be easily modified to treat cancer and other diseases.

The immune system can seek and destroy rogue cancer cells, but it must first identify its target. The body’s antigen-presenting cells normally do this by collecting and displaying fragments of tumor proteins, showing other immune cells what to hunt down. The problem arises when tumors sometimes resemble healthy tissue, escaping the antigen-presenting drag-net. Green’s nanoparticles play a similar role, but because they can be loaded with any type of protein, they can program the body to fight even the most elusive cancers. “We are training the immune system to recognize what cancer looks like,” Green says.

By stretching the round particles into elliptical shapes, so they more closely resemble natural cells, Green and his colleagues found they curbed skin cancer more effectively in mice. The team is now working to aid the immune system further by tweaking the particles’ other physical properties. But Green’s biodegradable particles could also go on the offensive. His team has created versions that may be able to slowly release tumor-fighting drugs or deliver genes that prompt cancer cells to self-destruct.

Click here to read about this year’s other Brilliant Ten honorees.