Here Are The 2016 MacArthur Fellows in Science 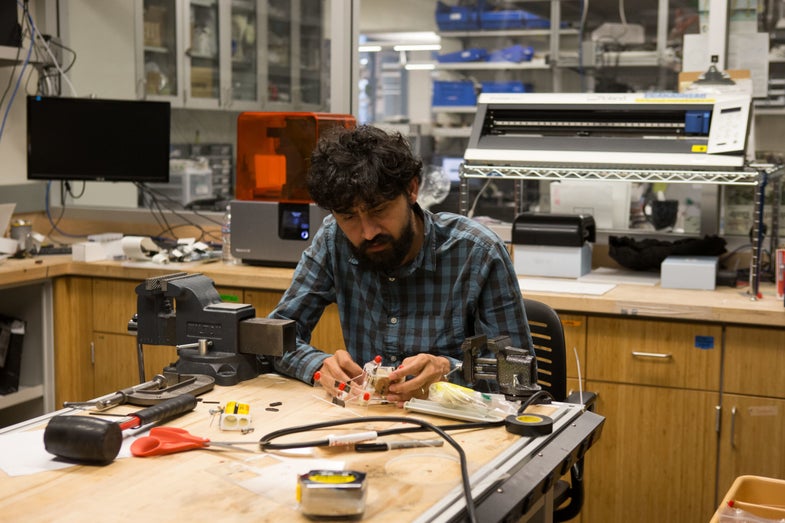 Physical biologist Manu Prakash, of Stanford University in California, invents low-cost equipment to support medicine in remote areas and make it easier for people around the world to become involved in science. Among his creations are a computer built using water droplets and an electromagnet, an origami microscope that costs under a dollar, and a sticker-like chip to collect saliva from disease-carrying mosquitoes. John D. & Catherine T. MacArthur Foundation
SHARE

The John D. and Catherine T. MacArthur Foundation has announced the 23 recipients of its annual fellowship, best known as the “Genius Grant.” These awards—$625,000 to each winner, no strings attached—to are meant to give a financial boost to creative and promising artists, writers, scholars and scientists, helping these people continue their work. Here’s a look at seven winners who are focused on the sciences.

Among the ranks of the 2016 MacArthur fellows are two computer scientists, a microbiologist, a chemist, and researchers whose work combines biology with physics, engineering, and geology. Their work is making it easier for us to invent new chemicals, diagnose and treat illness, understand the limits of what a computer can do, and study how microbes gobble up greenhouse gases or become resistant to drugs. 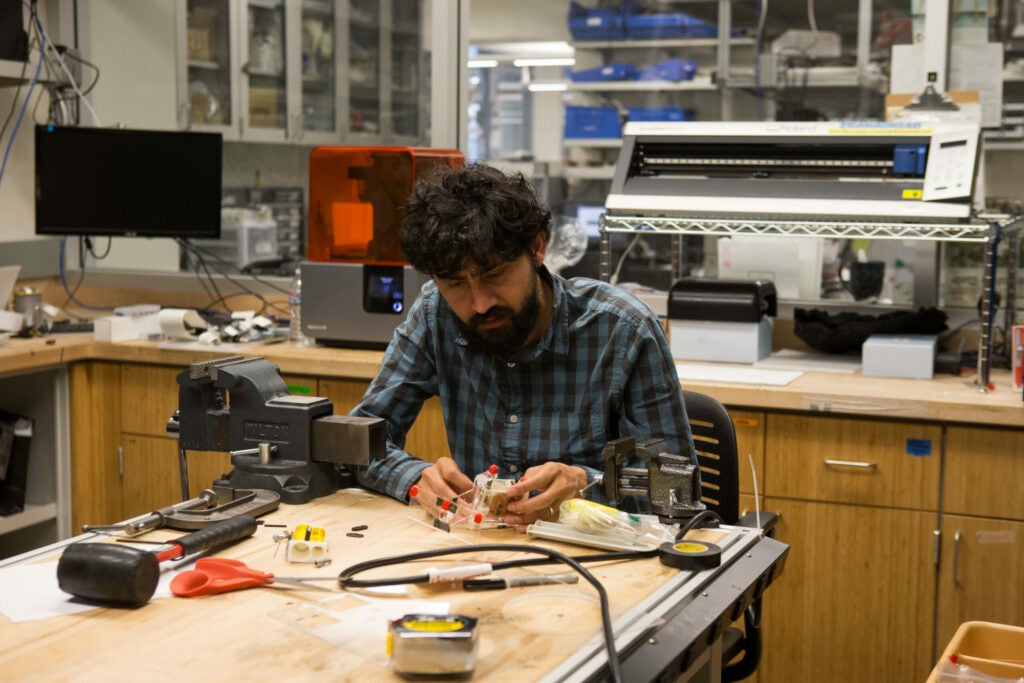 Physical biologist Manu Prakash, of Stanford University in California, invents low-cost equipment to support medicine in remote areas and make it easier for people around the world to become involved in science. Among his creations are a computer built using water droplets and an electromagnet, an origami microscope that costs under a dollar, and a sticker-like chip to collect saliva from disease-carrying mosquitoes. 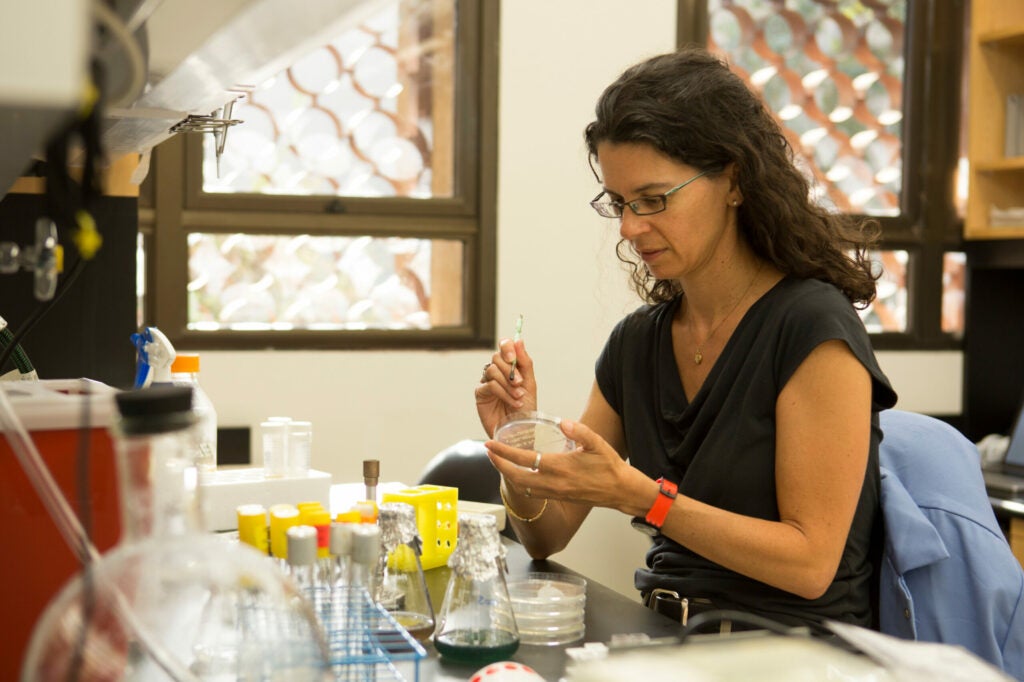 Dianne Newman, a microbiologist at the California Institute of Technology in Pasadena, studies how ancient and modern bacteria have evolved alongside their environments. She’s exploring how the bacterium Pseudomonas aeruginosa, which causes infections in the lungs of people with cystic fibrosis, can survive in low-oxygen conditions and become resistant to antibiotics. 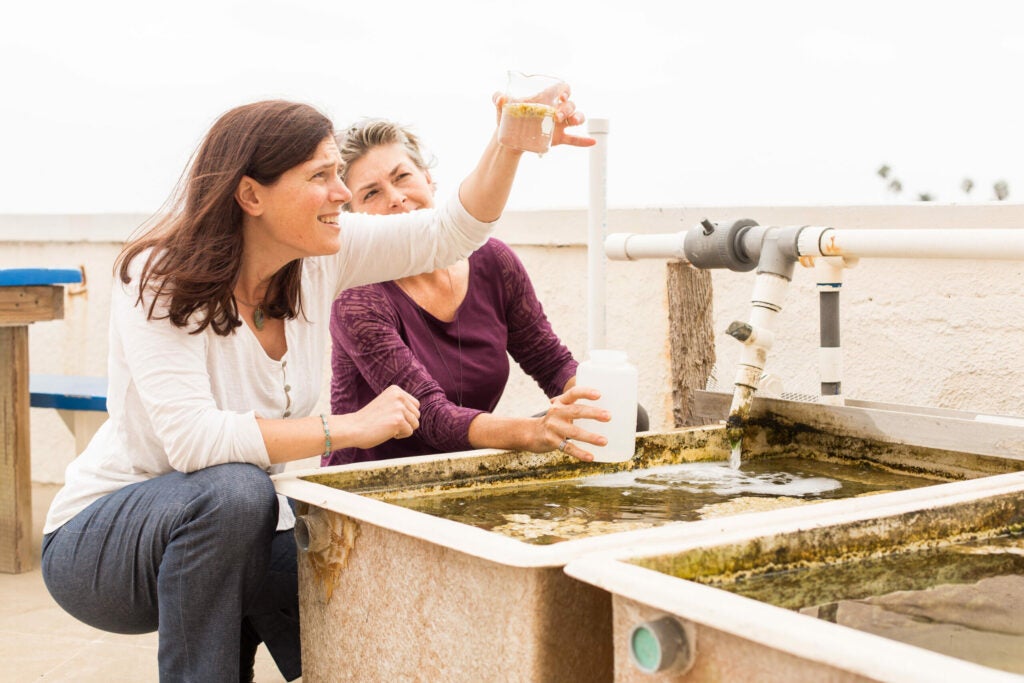 Victoria Orphan, also of the California Institute of Technology, is a geobiologist who specializes in deep-sea microbes and their impact on climate. Orphan spies on individual cells of microbes that consume the greenhouse gas methane, and is investigating their symbiotic relationship with deep-sea bacteria. 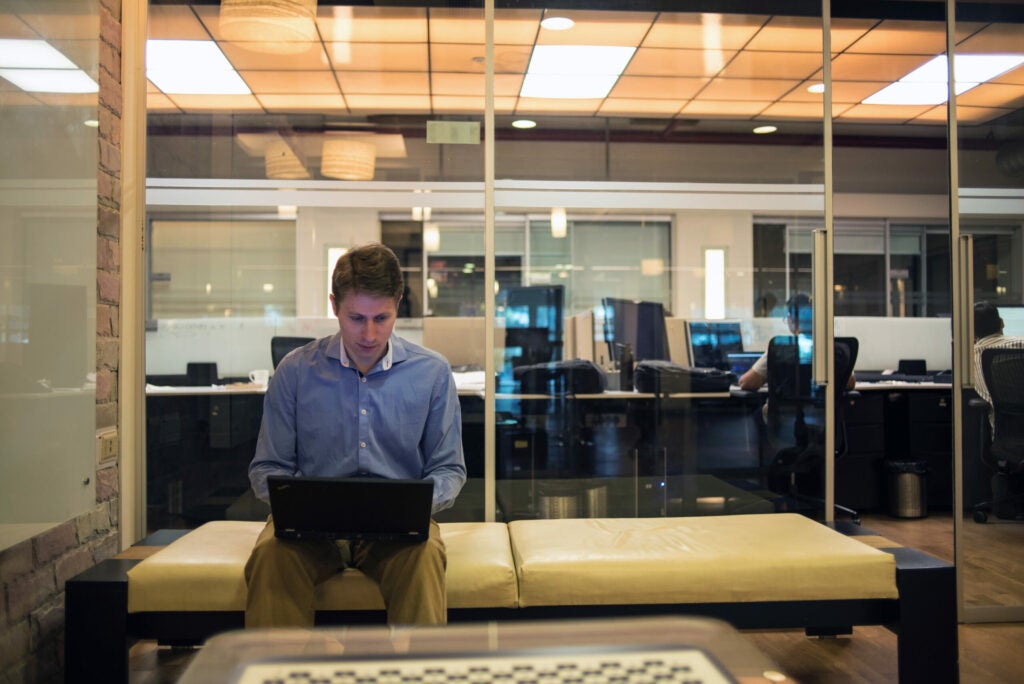 Bill Thies, a computer scientist for Microsoft Research India in Bangalore, uses cellphones to improve medicine and communications in isolated communities. He’s devised strategies to help people stick to lengthy tuberculosis treatments and report events or problems happening in their area, which moderators review and make available online and by calling in. 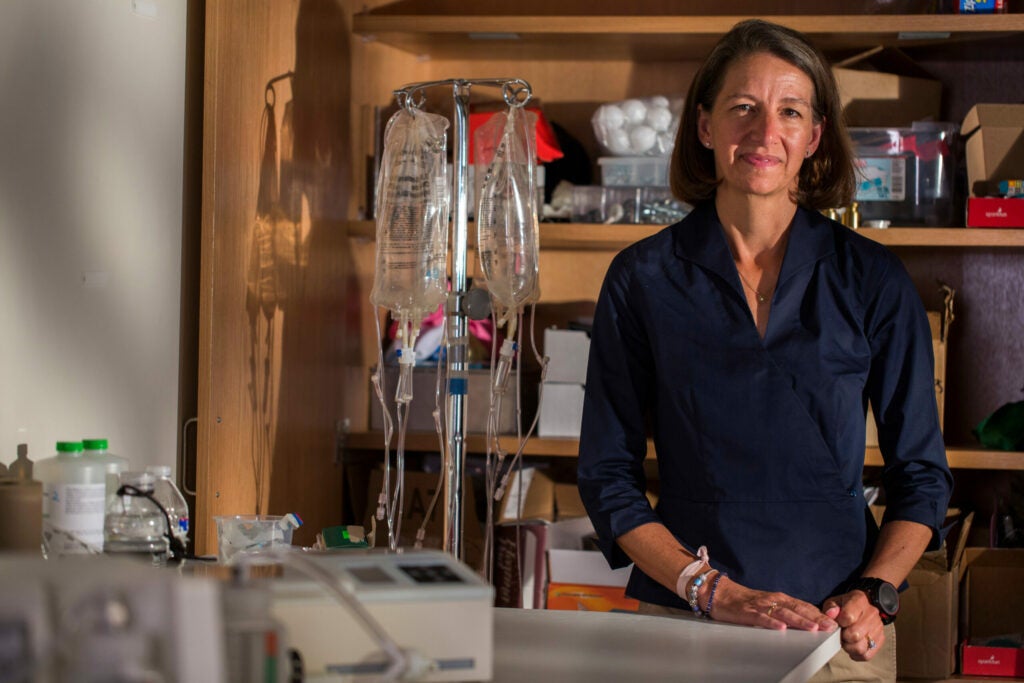 Bioengineer Rebecca Richards-Kortum, of Rice University in Houston, designs medical tools that are cheap and easy to use, such as a portable, high-resolution microendoscope to diagnosis and treat cervical cancer in a single visit. She’s also dedicated to preparing engineering students to take on global health problems. Students in the Beyond Traditional Borders program she cofounded came up with a device to help premature babies breathe that uses aquarium pumps and is nearly 38 times cheaper than standard models. 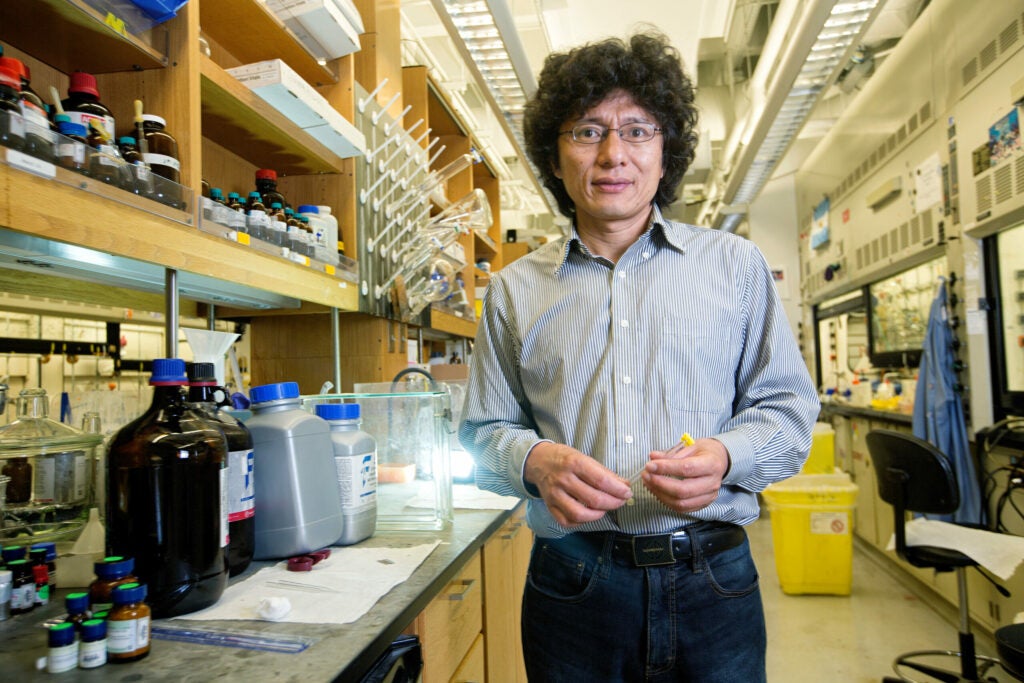 Jin-Quan Yu, a synthetic chemist at Scripps Research Institute in La Jolla, California, is improving techniques to break the bond between carbon and hydrogen atoms and attach a different group of atoms. This maneuver is a key part of developing many new molecules, and may become faster, easier and cheaper thanks to Yu’s efforts. 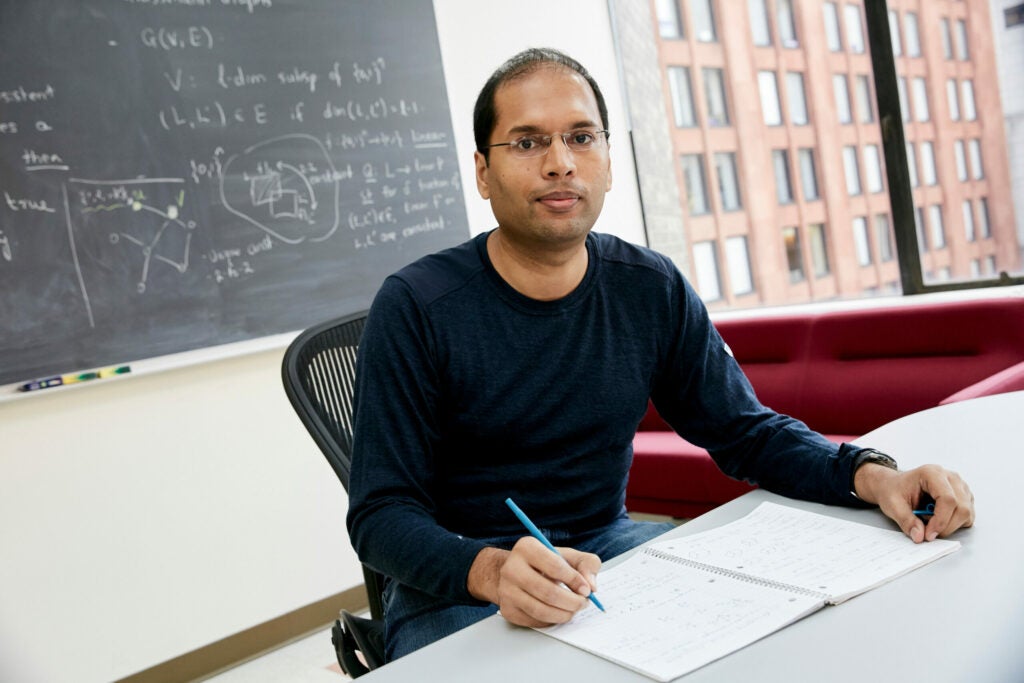 Subhash Khot is a theoretical computer scientist at New York University whose work addresses whether some challenges cannot be solved efficiently by an algorithm. Khot’s contribution, called the Unique Games Conjecture, implies that for some problems, even an approximate solution can’t be quickly reached.
Kate Baggaley