After Genetic Tweaks, Fruit Flies Glow When They Sense Cancer

The genetically engineered _Drosophila melanogaster _can even signal for different types of breast cancer cells. 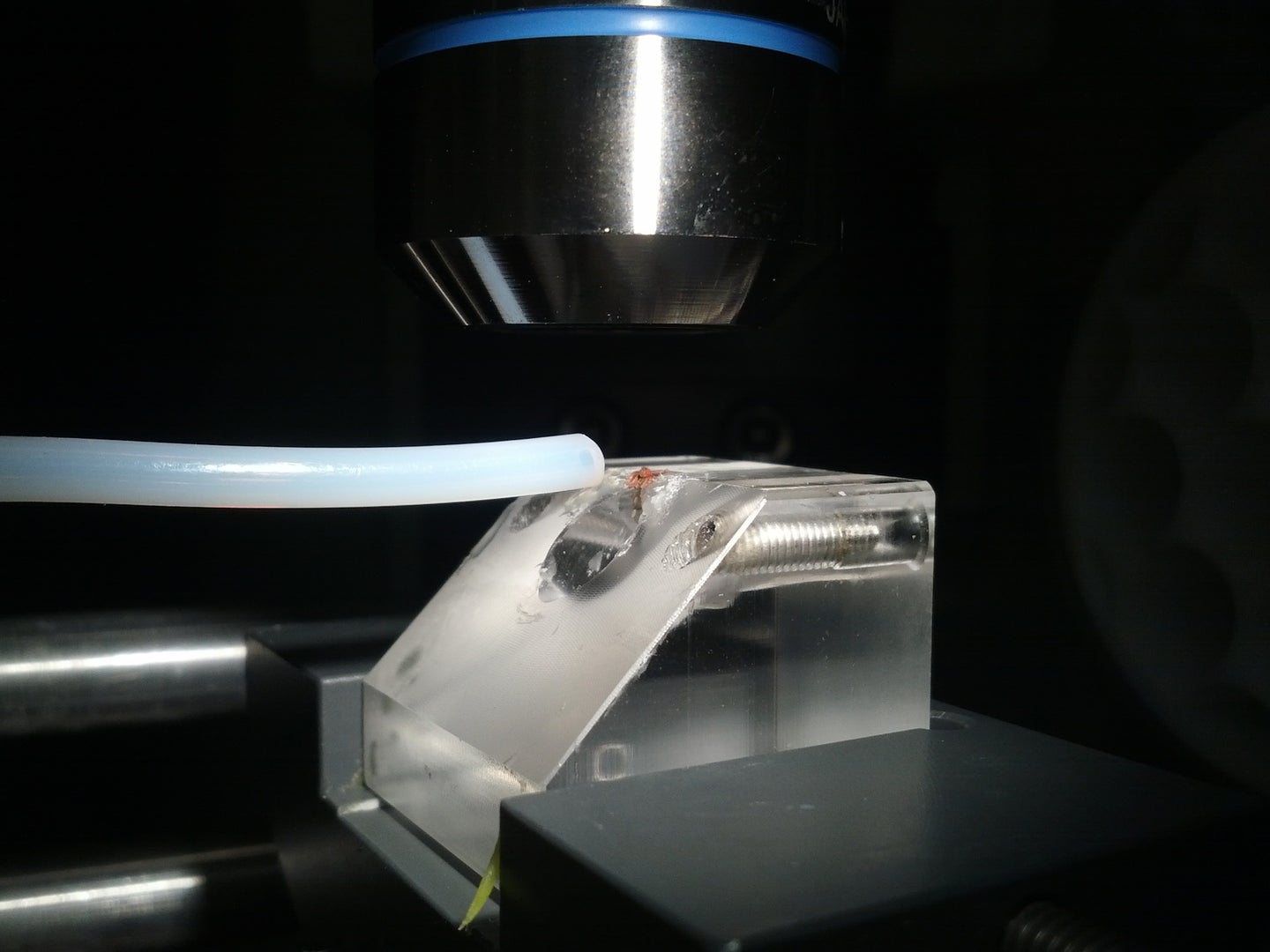 Fruit flies are able to distinguish breast cancer cells from healthy mammary tissue, according to a new study. The humble fly joins dogs and honeybees as members of the animal kingdom that are able to detect odors associated with cancer. Unlike dogs, however, the flies can’t show people when they get a hit. So, instead, researchers genetically engineered the flies so that receptor cells on their antenna glow when they latch onto cancer odors.

The fruit flies can be more precise than dogs, giving off different antenna patterns when a dog may only be able to point or sit.

Yeah, so maybe a mammogram is a bit easier than this. However, this study and others like it aim to build the body of knowledge scientists need to develop the next generation of cancer diagnosis techniques. Many scientists are interested in spotting cancer cells by their smells—technically, by the unique volatile molecules floating around cancer cells, which healthy cells don’t give off. Scientists hope this chemical detection will catch some cancers earlier. The research into these ideas is still far from accurate enough to use on real patients, but they’ve yielded some cool prototype products.

To test the fruit flies, a team of biologists from Germany and Italy gathered samples of the air above five different strains of lab-grown breast cancer cells, as well as lab-grown healthy human breast tissue. They blew the air samples over their flies while examining the insects under a microscope, to see their antenna’s glow patterns. The antenna gave off different patterns not just between cancer cells and healthy ones, but also between different types of breast cancer cells. You can see the air-blowing setup in the image above.

This is the first time scientists have demonstrated fruit flies are able to distinguish cancer cells from normal ones, according to the University of Konstanz in Germany, where many of the researchers in the study work. While they’re not as cute as dogs, the fly researchers argue their bugs have one advantage: They can actually be much more precise than dogs, giving off different antenna patterns when a dog may only be able to point or sit. You can check out the entire study in the journal Scientific Reports.