Assisted suicide is now legal in Colorado, thanks to overwhelming voter support

A new way to die in the West 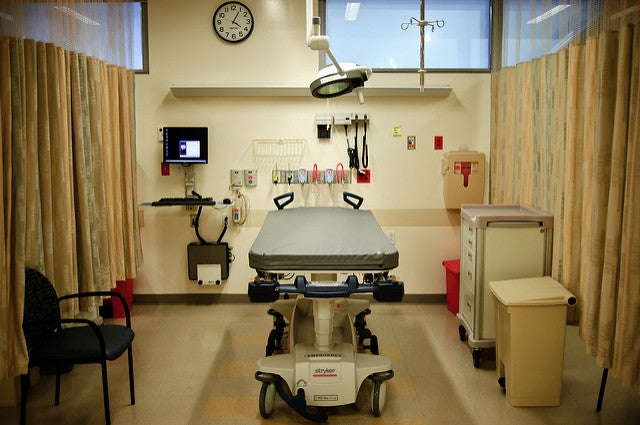 Apart from the presidency, Tuesday’s election offered some interesting results for the way Americans meet their ends. In Nebraska, Oklahoma and California, voters supported restoring or accelerating the death penalty.

Meanwhile in Colorado, voters approved a measure that will allow terminally ill people to end their own lives. This makes it the sixth state to offer such an option.

Assisted suicide allows a terminally ill person to buy — with a doctor’s permission and evaluation — a barbiturate, usually pentobarbital or secobarbital. These drugs depress central nervous system function, and can be used as anti-convulsants or anesthetics. At high doses, they cause death.

Under the law, two physicians must agree that the person seeking suicide is mentally competent and has fewer than six months to live. The person must be older than 18 and must voluntarily ask for the medicine that would end his or her life. The person choosing to die would have to take the drug themselves; assistance is expressly not allowed and could constitute homicide. People with dementia or Alzheimer’s aren’t eligible.

Supporters argue the law will help people end their lives with a measure of grace, while opponents argue that assisted death unfairly targets women and the disabled. Catholic organizations led funding for the opposition; the church opposes end-of-life assistance on religious and moral grounds.

In practical terms, that’s interesting for the people who may opt for assisted suicide. Catholic hospitals can opt out of providing medical procedures that conflict with church teaching. The Catholic Church operates more than 600 hospitals in the U.S., and it could soon become many more; a proposed merger between hospital giants Catholic Health Initiatives — incidentally, based in Denver — and Dignity Health would create a hospital behemoth pulling down $27.8 billion in annual revenue.

Colorado’s new law was modeled after Oregon’s “Death with Dignity” law, which passed 22 years ago. The much-publicized assisted death of 29-year-old Brittany Maynard in that state was a central aspect of the campaign in Colorado; her husband, Dan Diaz, has been working to change the law in other states, according to the Denver Post.

California, Vermont and Washington have similar laws that allow some form of medical aid in dying. In Montana, people can be given the option through case-by-case court approval. Canada, Belgium, the Netherlands, Luxembourg, and Switzerland also allow medically assisted death. In Belgium in September, a child was euthanized for the first time. The minor was terminally ill and reportedly asked for the assisted suicide, but no other details (including the exact age of the individual) have been released.

If more and more states continue to adopt these policies, how much will our healthcare system change? Oregon statistics offer a window into how this could work, and they show that relatively few people choose assisted suicide even when it’s available. During 2015, 218 people received prescriptions for lethal medications, an increase from 155 the year prior. But by January 27 of this year, just 132 of them had actually used the drugs to commit suicide, indicating that – assuming the patients are being tracked properly – some individuals simply want the option of a quick escape, and may not use it for quite some time, if ever.

The death penalty had been stalled in that state since 2015, a year after the botched execution of Clayton Lockett.

For those choosing to die in Colorado, the measure comes after several years of effort in the state Legislature. Democrats had tried to pass assisted suicide legislation in recent years, but were blocked by Republicans, which led to the ballot initiative. The law takes effect Jan. 1.