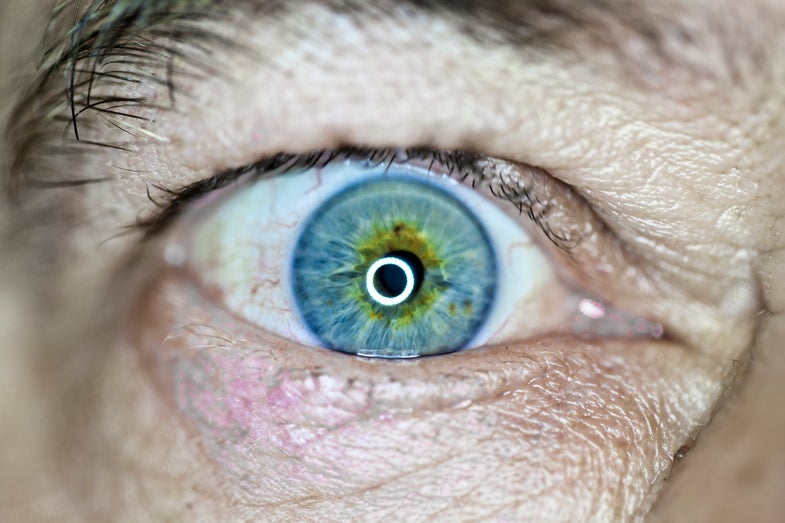 Researchers from the European College of Neuropsychopharmacology Congress found that a daily dose of bright light could boost testosterone levels to improve men’s sexual desire and satisfaction.

They recruited 38 male participants who’d been diagnosed with disorders characterized by a lack of interest in sex. The researchers measured their baseline libido and testosterone, and then divided them into two groups: one got a 30-minute blast of 10,000 lux of white fluorescent light from a box fitted with an ultraviolet filter, immediately upon waking up. The control group got a placebo box with a much dimmer light.

Testosterone levels also went up, from 2.1 ng/ml to 3.6 ng/ml in the light-treatment group. This boost in testosterone is what jump started their sex lives. “In the Northern hemisphere, the body’s testosterone production naturally declines from November through April, and then rises steadily through the spring and summer with a peak in October,” the study’s lead scientist Andrea Fagiolini said in a press release. “You see the effect of this in reproductive rates, with the month of June showing the highest rate of conception. The use of the light box really mimics what nature does.”

The researchers note that light treatment could offer the benefits of injections or antidepressants typically used to treat lack of sexual desire, without the side effects of medications. But don’t get your pen lights out just yet–this isn’t tabloid, “One Weird Trick” information, but a small study showing potential for larger discussion. For both the more than 30 percent of men and 43 percent of women who experience some sort of sexual dysfunction, light therapy–shown to be helpful in depression and mood disorders–is at least worth a look. Bright light therapy has also shown potential for triggering ovulation in women, so let’s all move to Yuma?