It could one day be used to treat your dog. 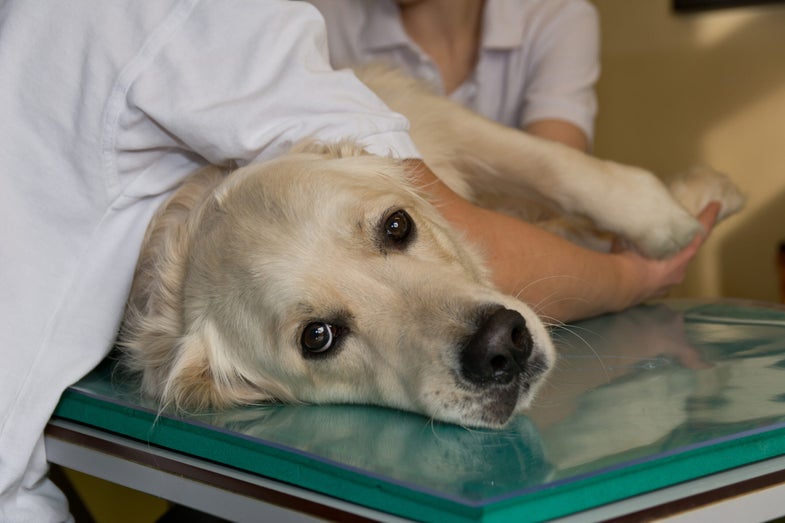 Dogs, like people, can get cancer–and research has shown that canine and human cancers can be very much alike. Austrian scientists recently found that the receptor proteins that coat the surface of various canine tumors are 91 percent similar to human cancers. Taking the next step, they took antibodies from mice and tweaked them so that they were able to bind to canine cancer cells, which in some cases slowed the growth of canine tumors, and in other cases led to the death of the cancer. These antibodies could be used to treat dogs with a variety of cancers in the future, the researchers wrote in their study, published in Molecular Cancer Therapeutics.

“We expect dogs to tolerate these anti-cancer antibodies well,” said study co-author Erika Jensen-Jarolim. “This will be investigated in clinical studies in the future and is expected to greatly improve the treatment as well as the diagnosis of cancer in dogs.”

The approach is a type of immunotherapy, which has been used to treat human cancers for about 20 years. Antibodies that bind to cancer cells, often initially derived from mice, are modified to work in humans, or humanized–and these are called monoclonal antibodies. But in this case the antibodies were “caninized” (not to be confused with “canonized”, oh ye St. Bernards). It’s the first time cancer immunotherapy has been pursued in dogs, although the animals can receive other caner treatments such as chemotherapy.

By binding to cancer cells, the modified antibodies can lead to cell death or help the dog’s body naturally fight them off, or they could also deliver radiation directly to tumors. But they can also be tagged with fluorescent proteins that make the cancer visible during a CT scan, for example. By understanding how small changes in the chemical structure of these antibodies changes their binding affinity, the work could help find new antibodies for variants of human cancers, wrote the study authors, from the University of Veterinary Medicine Vienna, the Medical University of Vienna and the University of Vienna.