The New DNA Test That Could Replace Pap Smears

The concept for Pap smears has been around for almost 100 years. Now a new test could replace it as a first-line screen for cervical cancer, but not everyone agrees that's a good idea. 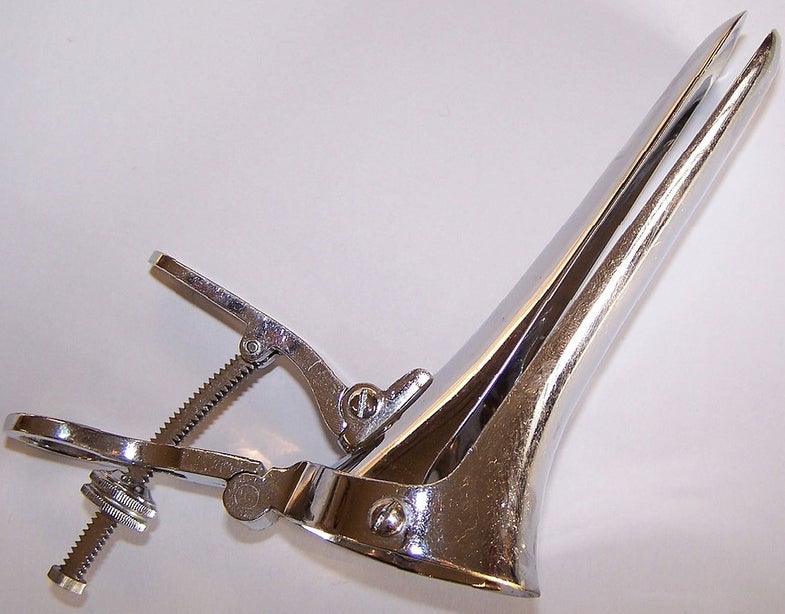 There’s a new, high-tech alternative to the Pap smear, the cervical swab-based test that women are supposed to get regularly to check for cancer. But some health groups say relying on the new test alone could lead to doctors not catching certain cases of cancer, while over-treating young women who might otherwise fight off human papillomavirus infections before they cause cancer. Who to believe? A new story at The Verge lays out the science in detail. Thanks, guys!

The new test, called the cobas HPV test, looks for the DNA from the human papillomavirus. It detects 14 types of HPV, including the two, HPV 16 and HPV 18, that cause about 70 percent of all cervical cancers. In contrast, doctors conduct Pap smears by examining cells collected from the cervix under a microscope, to see if any of the cells look abnormal. It’s a real contrast between old and new. Physician George Papanicolaou, AKA Dr. Pap, first had the idea for the Pap smear in the 1920s. DNA testing, on the other hand, only became accurate enough and cheap enough for regular exams over the past decade.

Because the two tests look for different things, they each have their pros and cons. The DNA test could catch women who are infected with the high-risk HPV types, but whose Pap smears still appear normal. That happens to about in about 1 in 10 women with normal Pap smears, The Verge reports. On the other hand, not all HPV infections lead to cancer. Most adults actually get HPV once they become sexually active and fight off the infection successfully without even knowing it. Opponents to replacing Pap smears with cobas HPV tests worry that the DNA tests could lead to unnecessary biopsies, yowch. But the U.S. Food and Drug Administration, which approved the cobas HPV test as Pap smear alternative this week, says it has data showing this doesn’t happen, The Verge reports.

Now it’s up to doctors’ organizations to develop new guidelines to take the new FDA ruling into account. After all, the FDA doesn’t offer recommendations (“You should do this”) only regulatory approval (“You are allowed to do this if you want”). Check out The Verge for more details about the cobas HPV test’s journey to approval, as well as the recommendations that cobas-test-only opponents support.

P.S. In case you were curious, both Pap smears and the cobas HPV test require cervical swabs, so from a patient point of view, they’re equally uncomfortable. The cobas HPV test is more expensive, ranging in price from $80 to $100 to the Pap smear’s $40, the Associated Press reports.