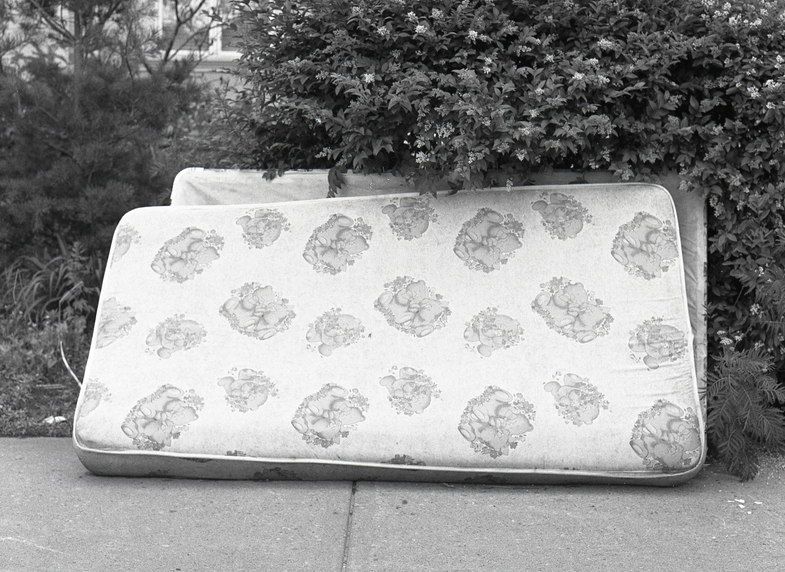 When my book Infested came out last month, I got an email from a reader in Toronto—an entomologist named Sam Bryks, from IPM Consultancy. He generally liked the book, he said, but he wished I had focused more on a process called Integrated Pest Management.

Bryks is an IPM proponent, so it makes sense that he found my book’s treatment of the topic superficial—it wasn’t my focus, which is why I didn’t go into much depth on it. Still, I think it’s important and worth exploring in more detail here.

So what is IPM? Ask several pest control experts, and you’ll likely get a different answer each time. But here’s the gist: IPM aims to control pests using common sense, taking into consideration not only their biology and behavior, but also the environment, stakeholders, and society. Usually, the goal isn’t to completely wipe out all pests but to control them at tolerable levels.

IPM also emphasizes using the least-toxic approaches possible, although it’s not anti-pesticide. This means not only relying on chemicals, but also on biological controls, such as natural predators and competitors; cultural controls, such as changing people’s behavior so they don’t unintentionally spread or encourage pests; and physical controls, including traps and barriers.

From the Farm to the City

IPM’s origin is in agriculture, where it is still in use today. There, the goal is to protect crops from pests both cheaply and effectively while also minimizing the environmental impact.

IPM’s shift to urban spaces isn’t a perfect translation, however, because there are different tolerance levels and considerations. A farmer may not like pests, but she may be willing to tolerate them to a certain point, at least when they aren’t threatening her bottom line. But when a pest population starts taking down an economically unsustainable percentage of the field, it’s time to act, whether with pesticides or other tactics.

Household pests are a little different because the threshold is psychological rather than economic (although money is certainly involved). Most people have little patience for roaches or rats, and that tolerance swiftly disappears when the pest isn’t munching on crops or trash, but on you.

“It has always been a challenge to translate IPM (an agricultural concept) into indoor pest control. Square pegs and round holes,” said Clive Boase, a pest controller and bed bug expert at the Pest Management Consultancy in the United Kingdom. The pest threshold in agriculture relates to tolerable amounts of crop damage, he says. “However in indoor pest control, especially with bed bugs, that threshold level is often zero.”

Still, what does IPM look like in an urban space, and specifically for bed bugs? It depends on each unique situation, but it may include educating tenants, landlords, and any other relevant stakeholders about what bed bugs look like and how they behave. IPM may also include preventative measures, like monitoring with traps to detect the bugs early; getting rid of unnecessary clutter, which gives them extra places to hide; regularly washing and drying bedding and clothes at high temperatures, which kill the bugs and their eggs; and regularly vacuuming floors and furniture. It may also involve changing behavior by being more mindful of bringing home used furniture, or doing laundry immediately following a stay at a hotel.

And if a home or other space has bed bugs already, IPM may include more laundry and vacuuming along with heat or steam treatments, traps, various insecticides and powders, and a number of other modes of control, all under the advice of a professional pest controller. (Again, the specifics will depend on the space, the budget, and other factors. I’m not going to go through all the options, but you can read more here, here, and here.)

No matter the combination of treatments, though, “it must be meticulous and include proper follow up and monitoring,” says Bryks.

We’re All In This Together

Bed bug IPM is especially tricky because it requires a collective effort, both within single infested buildings and across society as a whole. Bed bugs are well-adapted to follow us—their food—and hitchhike from one meal to the next.

In an apartment building with a bed bug problem, for example, everyone in each unit has to be vigilant not only in looking for the bugs but also in treating and maintaining their space. If one person decides it’s too much effort—or if they are mentally, physically, financially, or otherwise unable to do the work—it isn’t just their problem. It’s the whole building’s problem, because those bugs will continue to spread from that single apartment no matter how many times an exterminator comes to treat the other units.

This is true on a broader scale, too. Even as individual houses or apartment buildings get rid of their bed bugs, the pest remains in reservoirs—particularly in housing with multiple units, where control is difficult.

Take this example from a reader who emailed me a couple of weeks ago. Her 73-year-old mother got bed bugs in a retirement community. According to the reader, the people who ran the building refused to help the tenants, leaving these elderly folks to do all the difficult and heavy lifting and laundry required to prepare their rooms for the exterminator.

This isn’t a great approach not only because it’s unfair to the tenants, but also because it just makes the problem worse. In this particular case, the woman lived in the bed-bug-infested community for two years before moving to a new place. Unfortunately, she brought the insects with her. Bed bug hotspots like this one will continue to fuel the overall bed bug problem, as people who live in them either move out or interact with their family and friends.

“If a senior cannot prepare and cannot afford to hire someone to prepare and does not have family to help, then it becomes an issue … the best approaches are for a landlord to facilitate the senior to get help,” says Bryks. “In this context, the landlord responsibility to at least facilitate is ill defined, and some landlords just wash their hands of the situation and aim for eviction, but others invest in helping that senior as a matter of good business practice in protecting their business and also in “doing the right thing.’”

You, too, can do the right thing. Learn about bed bugs and where you might get them (but don’t panic too much about the wrong places).

If you are a landlord or tenant, be honest about bed bugs if they pop up and work together to treat them as soon as you can. Take preventative steps, find a pest controller who follows good practices and heed their advice.

Unsure what “good practices” entail? Poke around on university websites and see what the scientists and entomologists are saying, or contact your local extension program.

Whatever you do, don’t go spraying a bunch of pesticides willy nilly—most that you can legally use in your bedroom are safe if used correctly, but you may overdo it.

It’s all hard work, sure. But it beats having and spreading bed bugs.