Panic might be triggered by signals from your bones

Your skeleton does a whole lot more than just hold you up. 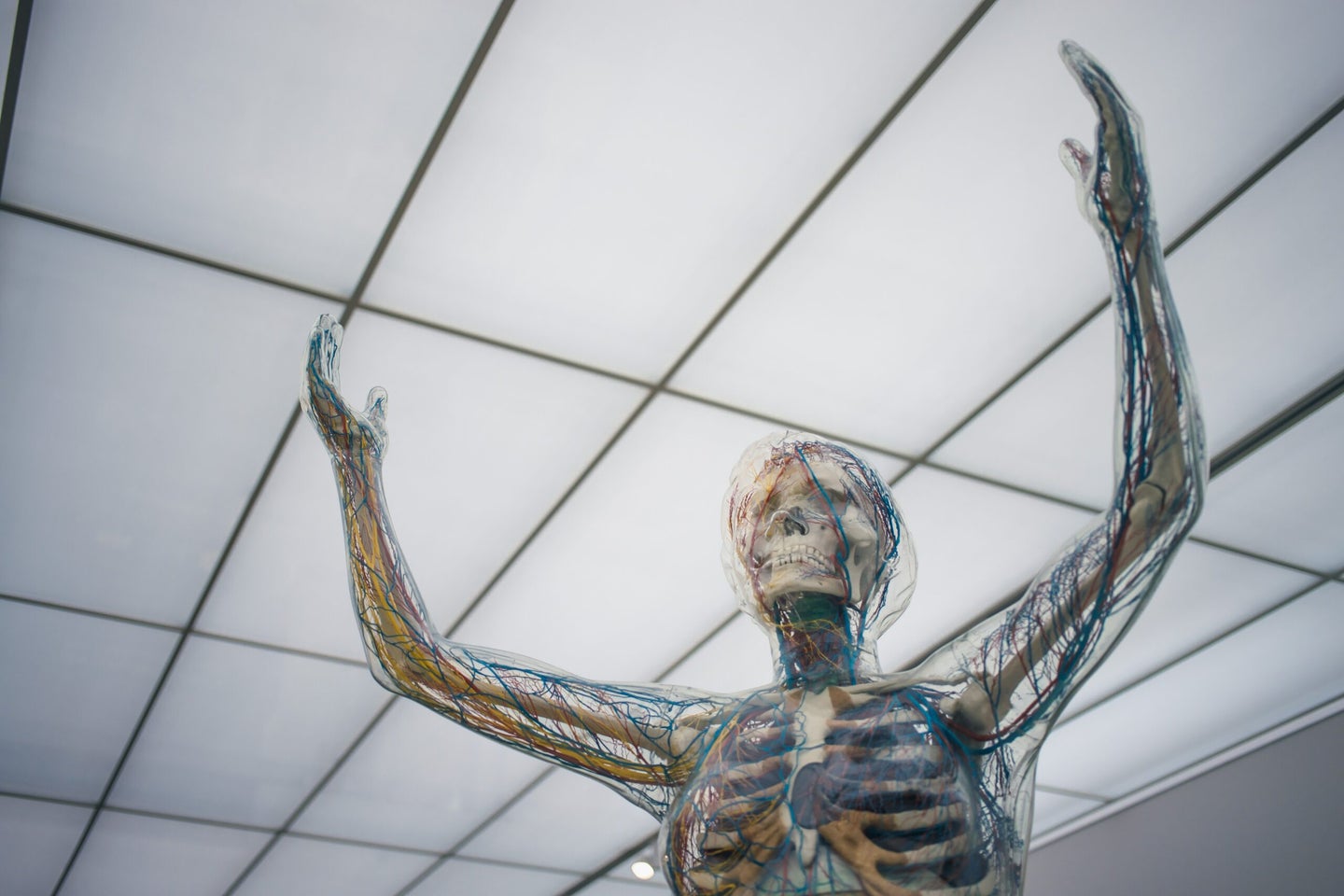 In a stressful situation, your hands may sweat and your heart may pound. But a new paper published Thursday in Cell Metabolism suggests that a less obvious organ—your skeletal system—is what starts the fight-or-flight response that gets you out of harm’s way.

“It’s a revolutionary study,” says Ernestina Schipani, a medical doctor and professor of orthopaedic science at the University of Michigan who was not involved in the new research. The paper, she says, completely changes our understanding of the sympathetic nervous system—the “fight-or-flight” response—by demonstrating that bone is “critically important” to its function.

Until now, Schipani says, she and the rest of the scientific community thought it was adrenaline, a well-known hormone produced by the adrenal glands located above the kidneys, that kickstarted fight-or-flight. But according to this new research in lab mice, an acute stress response is impossible without a hormone called osteocalcin—which, as its name suggests, is made by bones.

Julian Berger, a genetics PhD candidate at Columbia University and the study’s first author, says that when his team inhibited osteocalcin production in mice and then exposed them to a stressor, like the odor of fox urine, they didn’t seem appropriately fazed. “It’s almost like someone is mugging you and you ignore them and take out a Snickers bar,” he says.

If you’re surprised that bones can produce a hormone that impacts the nervous system, you’re not alone. Little more than a decade ago, scientists thought that bones were pretty much exactly what they look like at first glance: hollow tubes made of calcium designed to hold the rest of our bodies up. But as this new study demonstrates, our skeletons can actually change the way we react to the world around us.

The researchers weren’t necessarily looking to uncover osteocalcin’s role in getting us amped up; they were just trying to figure out the conditions under which bones produced it. Once they realized acute stress was the key trigger, they decided to investigate exactly what part osteocalcin plays in a moment of panic.

Adrenalin is still an important part of the process, as is the hormone cortisol so often associated with stress. They activate and sustain the fight-or-flight response of the sympathetic nervous system. But this can only happen after osteocalcin turns the parasympathetic nervous system off. “When you have a car, you need to press the gas pedal and take your foot off the brake at the same time,” Berger says.

The findings might help explain why we have bones at all. At only 509 million years old or so, internal skeletons are “a relatively late piece of the evolutionary toolkit,” says Berger. There’s no way to know what the animal kingdom would look like if we’d never shed our shells and armoured scales in favor of shoulders, knees, and toes. But figuring out why vertebrates shifted to relying on internal strength could help reveal how skeletons affect our health and well-being. Although several theories about the function of bone exist, this study lends more credence to one idea: that animals evolved them as protection against predators. Previous studies into the role of osteocalcin have found it improves memory, helps you run better, and allows your body to take in more fast energy in the form of glucose.

If you look at what osteocalcin does and what adrenaline does, says Schipani, there seems to be a lot of overlap. After all, adrenaline is also involved in the release of glucose, increases your heart rate, and makes a bunch of other contributions to the fight-or-flight reflex.

Future research will have to figure out the exact chemical mechanisms by which all these substances combine to power our brawls and evasive maneuvers (and, more often than not, our panicked stammers during awkward conversations). For now, all we know is that bones are likely part of the equation. So take a moment to appreciate your body’s weird and intricate system of calcium tubes—they do a lot more than just hold up your squishy bits.