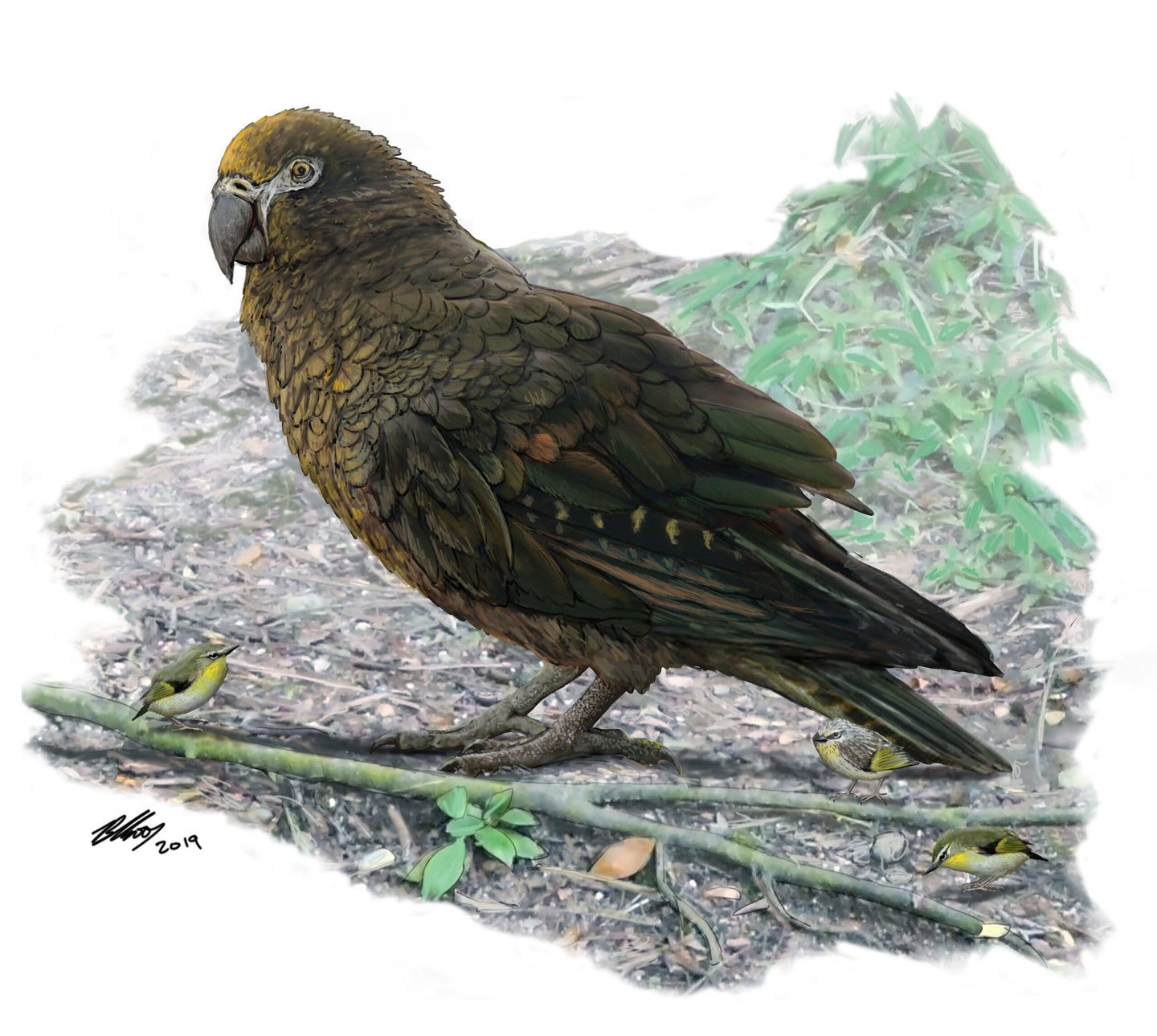 If you’re going to find fossils of a three-foot-tall parrot anywhere, it’s probably going to be in New Zealand. The island nation is still full of unusual specimens, including the world’s only alpine parrot, but it used to be home to a wide variety of gigantic birds—and now paleontologists are adding Heracles inexpectatus to the list.

H. inexpectatus is now the world’s largest parrot, though it’s been extinct for some 16 million years. Researchers from Australia and New Zealand found its leg bones in the St Bathans Fauna, a sedimentary area in the South Island that’s chock full of fossils from the late Early Miocene period from 16-19 million years ago. By analyzing the length and composition of the bones, they figured out that the parrot was likely up to a meter (that’s 3.28 feet) tall and weighed around seven kilograms (or just over 15 pounds). They published their results in the journal Biology Letters.

At that size, H. inexpectatus is about two-thirds the height of the average American woman and twice the size of the largest parrot currently living in New Zealand, the kea. The paleontologists couldn’t tell much else about the bird—they had only leg bones to go on—so they weren’t even able to place it fully on the phylogenetic tree. There are three genera of New Zealand parrots, and without some kind of genetic analysis, it’s not clear exactly which this ancient behemoth falls under. Superficially, the researchers think it bears more similarities to the kakapo, the world’s only flightless parrot, which also happens to be nocturnal. Keas are the other main extant group and are fairly giant in their own right. They too are nocturnal and are so large they’ve been known to kill sheep.

Because it lacks any native land mammals apart from bats, New Zealand’s birds got to fill evolutionary niches usually held by more familiar large carnivores. Apex predators on most continents tend to be big cats or bears (or something of that ilk). In New Zealand, they were all giant birds. The female Haast’s eagle had a wingspan of up to 8.5 feet and had giant talons that enabled it to feed on moas, a group of nine-foot-tall flightless birds weighing about 500 pounds. Maori stories even tell of the eagles hunting human children.

Oh, and there was also a penguin the size of a full-grown man and at least two species of truly giant geese, just to round out the group.

Hopefully, we’ll learn more about H. inexpectatus someday. But for now, at least it can join the pantheon of New Zealand giants. It’s truly in esteemed company.