Dust from falling meteorites likely cooled the Earth's climate, leading to a boost in life in the oceans. 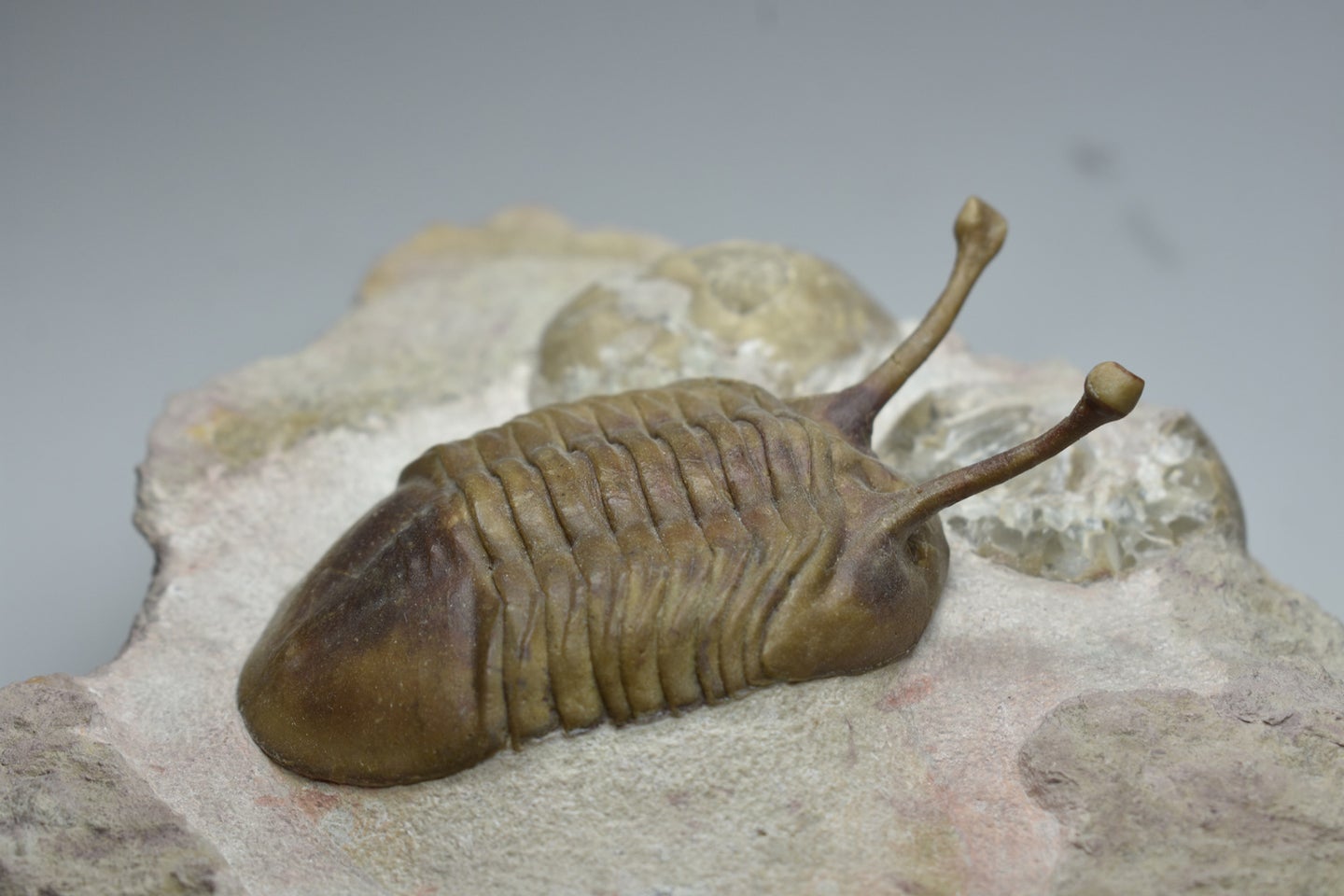 Something mysterious happened nearly half a billion years ago that triggered one of the most important changes in the history of life on Earth. Suddenly, there was an explosion of species, with the biodiversity of invertebrate animals increasing from a very low level to something similar to what we see today. The most popular explanation for this “Great Ordovician Biodiversification Event” is that it was a result of an uncomfortably hot Earth cooling and eventually heading into an ice age.

But what actually triggered the change in temperature? In our new paper, published in Science Advances, we show that its onset coincided exactly with the largest documented asteroid breakup in the asteroid belt during the past two billion years, caused by a collision with another asteroid or a comet. Even today, almost a third of all meteorites falling on Earth originate from the breakup of this 150 kilometer-wide asteroid between Jupiter and Mars.

Our evidence comes from detailed studies of seafloor sediments of Ordovician age (485 to 443 million years ago) exposed at Kinnekulle in southern Sweden and Lynna River near St. Petersburg in Russia. In a quarry at Kinnekulle, we found more than 130 “fossil meteorites”rocks that fell on Earth in the ancient past, which became embedded in seafloor sediments and were preserved just like animal fossils.

We know that the asteroid collision took place 466 million years ago. This can be dated by looking at isotopes (variants of chemical elements with a different number of neutrons in the nucleus) in recently fallen meteorites from the Ordovician asteroid breakup. The fossil meteorites in the quarry must therefore represent the material that was transported to Earth immediately after the breakup. And given the large number of meteorites that we found on the sea floor, we can estimate that the flux of meteorites to Earth must have been orders of magnitude higher back then than it is today.

But how do we know that this bombardment created a huge amount of dust that lowered the temperature? We also studied the distribution of very fine-grained, micrometer-sized dust in the sedimentary strata. We could determine that it had an extraterrestrial origin by detecting helium and other substances incorporated in the sediments that could only be explained by the solar wind having bombarded the dust, enriching it with those elements on its way to Earth.

Our results clearly show that enormous amounts of fine-grained dust reached Earth shortly after the breakup. And the geological record shows that shortly after the dust arrived, the sea level fell dramatically worldwide—the beginning of the ice age. That was because the sea water was transferred to the high latitudes, where large ice sheets formed.

The result was completely unexpected: We have during the last 25 years leaned against very different hypotheses in terms of understanding what happened during this period. For example, while we suspected that the diversification event was somehow linked to the asteroid breakup, we believed that the many small asteroids that also reached Earth from the breakup, rather than the dust, had something to do with the changes. It wasn’t until we got the last helium measurements that everything fell into place.

Global warming continues as a consequence of carbon dioxide emissions, and the temperature rise is greatest at high latitudes. According to the Intergovernmental Panel on Climate Change, we are approaching a situation that is reminiscent of the conditions that prevailed prior to the asteroid collision 466 million years ago. Clearly, continuing on that route is not going to be good for biodiversity.

In the last decade or so, researchers have discussed different artificial methods to cool the Earth in case of a major climate catastrophe. One solution would be to place asteroids, much like satellites, in orbits around Earth in such a way that they continuously liberate fine dust and hence partly block the warming sunlight.

Our results show for the first time that such dust at times has cooled Earth dramatically, giving hopes that it could be a viable artificial solution. Our studies can give a more detailed, empirical-based understanding of how this works that can be used to create and evaluate computer models of such events.

But for the foreseeable future, there is no other way to tackle climate change than to reduce our carbon emissions. Ultimately, that is the only way to preserve the spectacular boost in the diversity of life that happened all those millions of years ago.

Birger Schmitz is a Professor of Nuclear Physics, Lund University.