Some viruses can actually protect our health

We may even rely on certain types of viruses to ward off infections. 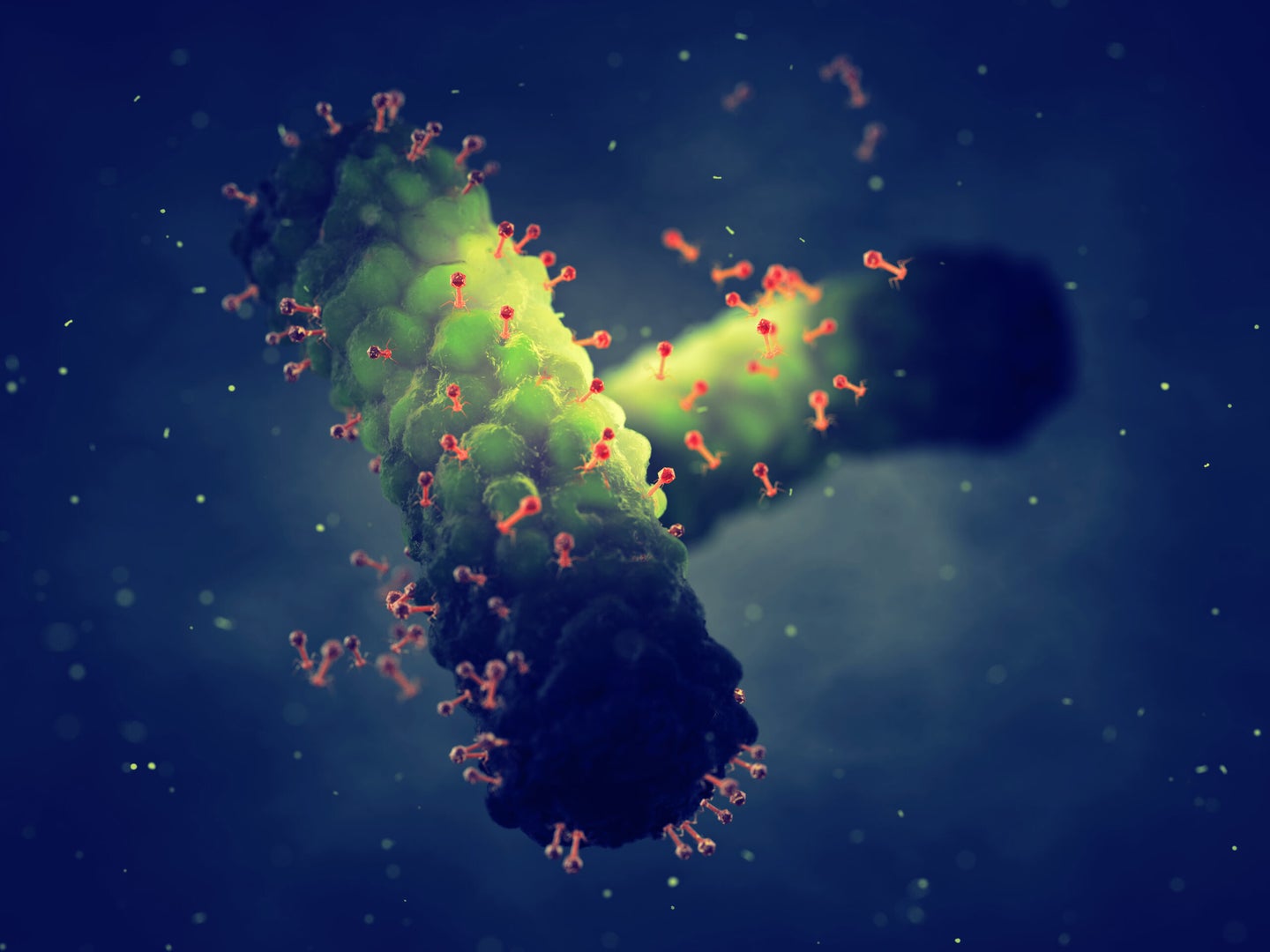 Viruses are mostly known for their aggressive and infectious nature.

It’s true, most viruses have a pathogenic relationship with their hosts—meaning they cause diseases ranging from a mild cold to serious conditions like severe acute respiratory syndrome (SARS). They work by invading the host cell, taking over its cellular machinery and releasing new viral particles that go on to infect more cells and cause illness.

But they’re not all bad. Some viruses can actually kill bacteria, while others can fight against more dangerous viruses. So like protective bacteria (probiotics), we have several protective viruses in our body.

Bacteriophages (or “phages”) are viruses that infect and destroy specific bacteria. They’re found in the mucus membrane lining in the digestive, respiratory and reproductive tracts.

Mucus is a thick, jelly-like material that provides a physical barrier against invading bacteria and protects the underlying cells from being infected. Recent research suggests the phages present in the mucus are part of our natural immune system, protecting the human body from invading bacteria.

Phages have actually been used to treat dysentery, sepsis caused by Staphylococcus aureus, salmonella infections and skin infections for nearly a century. Early sources of phages for therapy included local water bodies, dirt, air, sewage and even body fluids from infected patients. The viruses were isolated from these sources, purified, and then used for treatment.

Phages have attracted renewed interest as we continue to see the rise of drug resistant infections. Recently, a teenager in the United Kingdom was reportedly close to death when phages were successfully used to treat a serious infection that had been resistant to antibiotics.

Nowadays, phages are genetically engineered. Individual strains of phages are tested against target bacteria, and the most effective strains are purified into a potent concentration. These are stored as either bacteriophage stocks (cocktails), which contain one or more strains of phages and can target a broad range of bacteria, or as Adapted bacteriophages, which target specific bacteria.

Before treatment, a swab is collected from the infected area of the patient, cultured in the lab to identify the bacterial strain, and tested against the therapeutic phage stocks. Treatment can be safely administered orally, applied directly onto wounds or bacterial lesions, or even spread onto infected surfaces. Clinical trials for intravenous administration of phages are ongoing.

Viral infections at a young age are important to ensure the proper development of our immune systems. In addition, the immune system is continuously stimulated by systemic viruses at low levels sufficient to develop resistance to other infections.

Some viruses we come across protect humans against infection by other pathogenic viruses.

For example, latent (non-symptomatic) herpes viruses can help human natural killer cells (a specific type of white blood cell) identify cancer cells and cells infected by other pathogenic viruses. They arm the natural killer cells with antigens (a foreign substance that can cause an immune response in the body) that will enable them to identify tumor cells.

This is both a survival tactic by the viruses to last longer within their host, and to get rid of competitive viruses to prevent them from damaging the host. In the future, modified versions of viruses like these could potentially be used to target cancer cells.

Pegivirus C or GBV-C is a virus that does not cause clinical symptoms. Multiple studies have shown HIV patients infected with GBV-C live longer in comparison to patients without it. The virus slows disease progression by blocking the host receptors required for viral entry into the cell, and promotes the release of virus-detecting interferons and cytokines (proteins produced by white blood cells that activate inflammation and removal of infected cells or pathogens).

The future of therapeutic viruses

Modern technology has enabled us to understand more about the complexities of the microbial communities that are part of the human body. In addition to good bacteria, we now know there are beneficial viruses present in the gut, skin and even blood.

Our understanding of this viral component is largely in its infancy. But it has huge potential in helping us understand viral infections, and importantly, how to fight the bad ones. It could also shed light on the evolution of the human genome, genetic diseases, and the development of gene therapies.

Cynthia Mathew is a Research Assistant, University of Canberra. This article was originally featured on The Conversation.