In 1964, Popular Science answered ‘stupid’ questions about what you eat

From the archives: things you’re afraid to ask about digestion. 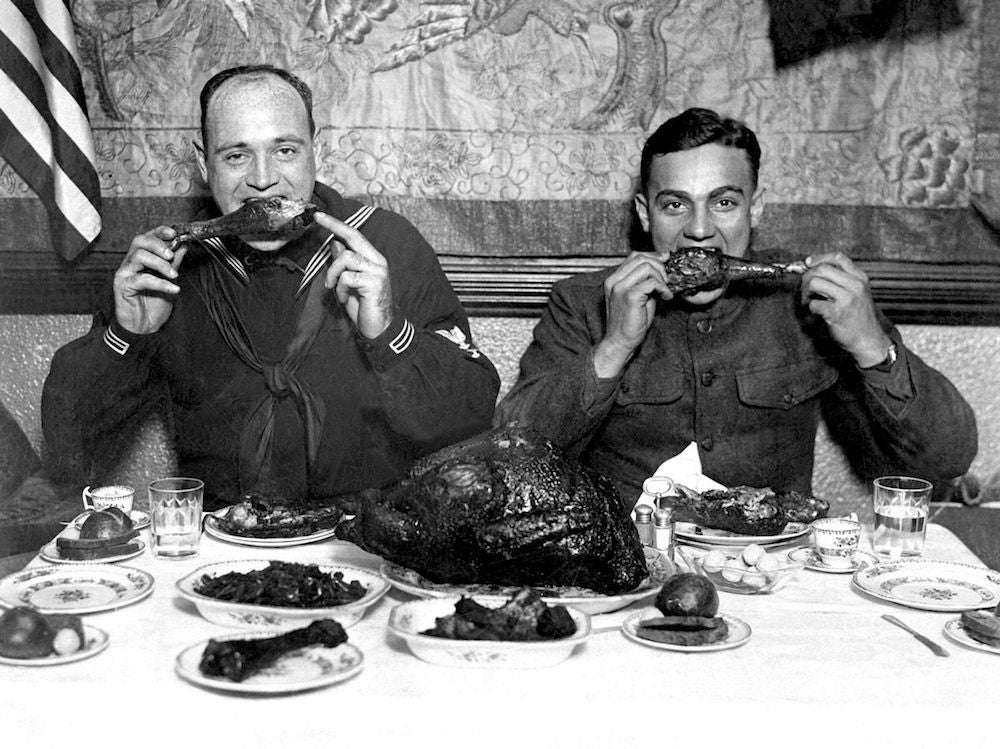 In November of 1964, Popular Science published “Stupid Questions About What You Eat” because “most [people] have many mistaken notions” about the digestive process. The article sought to answer “fundamental questions about what and why you eat—with digested answers.” The text of the article (formatted for the web) follows below. It can also be read in its original format through the Popular Science archives, here.

WHETHER you’re fat or skinny, a gourmet or an “I’ll-eat-any-thing” type, food and eating are vital matters in your life—but matters about which most of us have many mistaken notions. Here are some fundamental questions about what and why you eat—with digested answers.

Why do we eat three meals a day?

Habit. Many people eat only two meals a day, others four or five. Unless you have weight or digestive problems, there’s no reason why you shouldn’t eat as many or as few as you like.

Will you get sick if you eat pickles and ice cream at the same time?

No. Anything you eat by itself can be eaten in combination and be processed normally by the stomach.

Not necessarily. In vegetables, for instance, important nutrients are stored in cells with walls of cellulose, a substance you can’t digest. Cooking breaks down the cell walls, releasing the nutrients. (But overcooking destroys many nutrients.) Don’t throw away the water in which you boil the vegetables. It holds up to 50 percent of the minerals.

Can eating carrots really help you see better at night?

Possibly. Carrots are an excellent source of vitamin A, an important factor for night vision. If you suffer from night blindness due to a deficiency in vitamin A, carrots will help. But so will most green and yellow vegetables.

Why do some people love steak, watermelon, limburger cheese—others hate fish, beans, broccoli? Are there any physiological reasons for this?

A nutrient deficiency can trigger a craving for food that contains the needed nutrient. But cravings for sweets, notoriously poor in nutrients, can often be pinned to psychological causes.

Are there really small amounts of pesticides in the food we eat, and if so, can they harm you?

There are, but their effects are hotly debated. Pesticide manufacturers naturally claim that the small amounts found in food are safe. But many biologists say that the cumulative effects of small pesticide doses in fruits, vegetables, and other foods may cause paralysis and cancer.

How come Eskimos eat putrefied fish without getting sick?

Because they’ve built up immunities against the bacteria. After a few weeks of being doubled over with stomach cramps, you’d probably get used to spoiled fish, too.

Can vegetarians really get all the nourishment they need from vegetables?

Yes, but with difficulty, especially in getting enough protein. Few nonflesh foods are as rich in protein as meat. Among those that can substitute for steak are: eggs, wheat germ, cheese, and beans.

How do hunger and appetite affect what you eat, and aren’t they the same thing?

No. Hunger is caused by an empty stomach and a drop in your blood-sugar level. When this occurs, your brain signals the body to start hunting for a meal. Strangely, people who have fasted for long periods say hunger feelings all but disappear after the first two or three days.

Appetite is a response conditioned by experience. A poor appetite can suppress hunger. But real hunger overrules appetite. If you’re starving, practically anything is edible. Hunger overcomes conditioning against ants, grasshoppers, rattlesnakes, and a long list of other taste treats that are recommended as food in military survival courses.

For a little while; liquids flow out of the stomach into the intestines almost immediately. A glass of water or beer will stop your hunger for about 10 minutes.

Does the color of food do anything to your appetite?

Yes. We expect certain foods to have certain colors. When they don’t, we lose our appetite. In one experiment, a group of hungry people were served a meal in a room illuminated by a green light that turned the food sickly gray. Most of the group lost their appetites.

Does smell have anything to do with the way food tastes?

Yes. Your tongue is sensitive to only four tastes: bitter, sweet, acid, and salty. In various combinations they add up to a particular taste. But what we think is taste is largely due to smell. Onions, for instance, have practically no taste, and many cheeses depend more on your nose than your tongue for their effect. That’s the reason why even appetizing meals taste flat when a bad cold knocks out your olfactory sense.

Will eating a big meal before going to bed hinder your sleep?

Not necessarily. People of many countries—Spaniards, for instance—eat a big meal about 10 or 11 p.m. Habit is important. The unaccustomed load of a full stomach before sacking out could well upset habitual bodily routines. If you’re not used to hearty meals before bedtime, you might not be able to sleep too well.

When kids eat strange things, does this mean they need the nourishment in them?

According to Dr. Paul V. Joliet of the Public Health Service, children under two eat strange things because their taste is undeveloped. So they’ll drink kerosene or eat shoe polish with relish. Older kids with an appetite for unusual things have psychological problems.

What makes some people get fat?

You get fat when you store more food than you burn up. Instead of excreting food it doesn’t use, your body stashes it away as fat. To reduce your weight you must cut fuel intake or increase fuel consumption by exercise—or both.

Should you avoid certain foods after a bout of indigestion?

Yes. Fatty foods, for one. Fried foods are hard on the stomach, too. Seasoned foods should also be avoided. Light, bland meals are the best until the inflammation of the stomach and intestinal walls subsides.

What happens to food in your stomach?

Soft foods like potatoes and bread are mashed up there, but the most important of the stomach’s functions is to attack your meal with digestive juices and break down solids into a cream-like liquid called chyme (rhymes with kime).

Does your digestive system process certain foods more easily than others?

Yes. Proteins are the easiest. Fats depress the flow of gastric juices and are the hardest to digest. Carbohydrates are in between.

What makes your stomach rumble?

Some noises you hear are caused by the wavelike muscular contractions that push liquids and gases from one intestine to another during the digestive process. Other noises are caused by hunger when the flow of gastric juices increases and the liquids are churned around.

How long does it take your stomach to digest what you eat?

Your stomach takes four to six hours to empty. But most of the actual digestion takes place in the intestines and takes about 12 hours to complete. So you’re still digesting breakfast when you tackle supper.

What makes you burp?

The air you swallow with food, usually. Stomach contraction pressure whooshes air through the cardiac sphincter, a ringlike muscle at the end of the esophagus, the mouth-to-stomach tube. Fast eaters swallow more air and burp more. Carbonated beverages release gas in the stomach and cause steady burping.

Enjoy this article? Read more on the Popular Science archives.