In Twenty Years Chocolate Will Be A Rare Delicacy

Savor that leftover Halloween candy, because in the future, you won’t be able to afford it. Chocolate consumption is increasing... 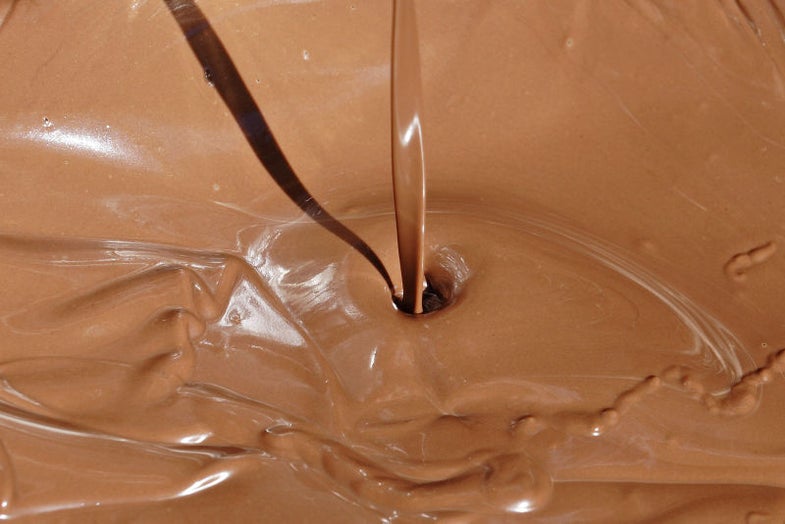 Savor that leftover Halloween candy, because in the future, you won’t be able to afford it. Chocolate consumption is increasing faster than cocoa production, according to the Cocoa Research Association, and that means prohibitively expensive chocolate is in our future.

Since even before Choc Finger started hoarding it, cocoa prices have been on the rise, doubling in the past six years. The cacao plant can only be grown in latitudes within 10 degrees of the equator, but cacao farmers (largely in developing nations) lack incentives to re-plant their trees as they die off, according to a report in the Independent.

Competing efforts at chocolate giants Hershey and Mars Inc. have sequenced the cacao genome, which could improve efforts to breed more resilient, higher-yielding trees. But better chocolate plants will still have to compete for acreage with engineered corn, soybeans and even palm oil, which are used for biofuel as well as food. Those plants could help farmers reap greater rewards, according to Tony Lass, chairman of the Cocoa Research Association and a former Cadbury’s trader.

Small-scale growers earn just 80 cents a day, so they have little incentive to plant new trees when their older ones die. In addition to planting more lucrative crops like rubber, hordes of cacao growers are moving into cities to seek higher-paying work, according to the Independent.

The result will be $11 chocolate bars. John Mason, executive director and founder of the Ghana-based Nature Conservation Research Council, says in 20 years, chocolate will be like caviar: “It will become so rare and so expensive that the average Joe just won’t be able to afford it.”

The chocolate market is already trending toward higher prices; all the growth in the $5.8 billion industry is in premium chocolates, the Independent says.

First helium, now chocolate — seems like birthday parties in the future will be a lot less fun.