The US is tropicalizing, and you’ve probably already noticed the change 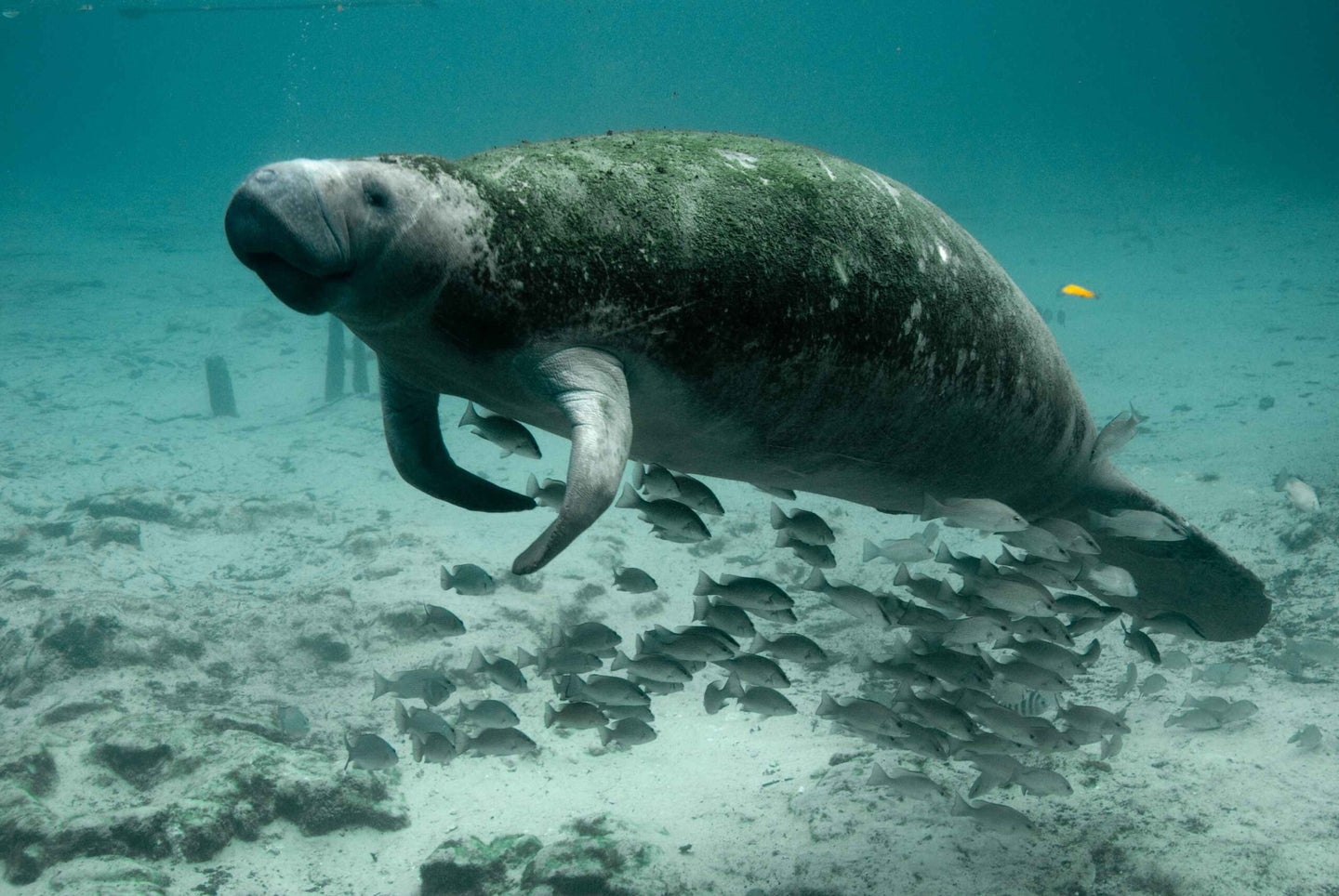 As Texas froze under its record-setting winter storm last month, thousands of sea turtles were stranded on beaches, stunned by the sudden cold. Across the southern part of the state, the leaves of citrus trees shriveled up and turned brown, ruining hundreds of millions of pounds of grapefruit.

But here’s the thing: not long ago, hard freezes weren’t so uncommon, even in the southern United States. Before 1980, San Francisco regularly saw a few days of below-freezing temperatures every year. Since then, it’s frozen 15 days total. A similar pattern holds true in New Orleans and Tampa.

And many tropical plants and animals in the southern US move with those cycles of warm and cold. In a stretch of warm winters, they swell northwards, before dying back after a deep freeze.

The southern US is freeze prone, explains Barry Keim, a climatologist at Louisiana State University, for exactly the reasons Texas froze this February. “We can get air coming straight out of Siberia, moving over the North Pole, and then just coming down the Great Plains almost unadulterated. There’s this joke among farmers: the only thing that’s stopping that air from getting down here is barbed wire fences.”

“I think that it’s surprising that the ecological role of these extreme freeze events isn’t as well understood by scientists,” says Osland. There are a number of reasons for that, including the simple fact that it’s hard for researchers to study something that doesn’t happen every year. But after a conference on the subject in 2019, he and a group of colleagues, each of whom specializes in a different facet of subtropical ecosystems, sat down to pull together what was known about the effect of the long stretches of mild winters we’ve seen lately.

The result, published in the journal Global Change Biology in late March, is a wide-ranging portrait of how tropical organisms, less constrained by winter extremes, are expanding north. Some of those are agricultural pests or disease-carriers, but others are simply unfamiliar, even charismatic, plants and animals that will create very different landscapes from the ones we know today.

Osland’s research focuses on mangroves, a type of saltwater tree that grows into thick coastal forests all across the tropical world. Right now, mangroves mostly grow in southern Florida. But the trees like to travel, dropping long seed pods called propagules into the ocean currents. When there’s a tropical storm, Osland finds the propagules washed up in Louisiana marshes, where some take root.

In Louisiana, he says, they’re shrubby little plants, just a few feet high, unlike their 60-foot Everglade forebears. “Their aboveground biomass can be killed,” he says, including by freezes, “and then they can resprout from the base.”

And they are slowly expanding in south Louisiana. Over time, coastal salt marshes become dotted with trees, and some might eventually become forests. “They establish on the margin, and grow taller, and produce more propagules,” says Osland. “It’s a slow process, but it’s something that’s occurred in the 10 years that I’ve worked in Louisiana. It’s visible in our lifetimes.”

A shift towards mangroves isn’t an ecological catastrophe. Both marshgrass and mangrove are some of the most biologically productive landscapes on earth, providing habitat for fish, crabs, birds, and shrimp. Both also build land and buffer against hurricane storm surge. But if you’re interested in preserving the status quo of Gulf ecosystems, mangroves don’t quite fit the bill. “In Texas, there’s the Aransas National Wildlife Refuge, which is an important area for the endangered whooping crane, and mangroves moving in will affect that habitat,” says Osland. “So there’s lots of examples of mangrove expansion potentially affecting food webs in ways that are complex.”

There are also more outright-destructive things on the move. The mildly toxic Cuban treefrog has spread across Florida, and appeared in Louisiana in 2018. The frog grows larger than native treefrogs, and is prone to snacking on them. It causes a burning sensation if you touch it and then touch an eye or nose, and it wriggles into homes to overwinter. “They have been documented getting into electrical boxes and shorting out circuit breakers,” says Hardin Waddle, who studies amphibian ecology with the U.S. Geological Survey, and was a coauthor on the recent paper.

That habit makes it hard to predict how they respond to freezes. “The reality is that lots of them die when it gets cold,” says Waddle, but they don’t all die. Unlike trees, the frogs can seek out shelter. Native tree frogs do the same, he notes. Some species are found as far north as Tennessee, and in the winter just “hunker down to ride it out.”

But when the Cuban treefrogs aren’t dealing with frequent cold, it’s more likely that they’ll be able to find new habitat, start breeding, and become so established that by the next time there’s a hard freeze, they aren’t going anywhere.

Mosquitoes and pine beetles are spreading for similar reasons, says Caroline Williams, who studies insect evolution and physiology at the University of California, Berkeley. Neither type of animal is going to be fully killed off by cold (though when they are, it’s brutal: “my colleagues call it pokey ice disease,” Williams says, where ice crystals shred a bug’s cells), but freezes can stop them from popping up in new places.

We know the most about pests simply because “we were looking for species where there was information on how the range had shifted over the last 100 years,” Williams points out. “So that reflects increased human interest in these species—they affect human health, or economic productivity.” Other species less impactful on human existence are probably also changing, we just don’t have the data to prove it. She notes that one “highly charismatic species,” the monarch butterfly, has similarly been seen overwintering in Santa Cruz, California, when it used to always return to Mexico’s.

For sea turtles in the Gulf of Mexico, infrequent cold spells is good news in a way. Stranding events like this winter occur regularly, and it’s not uncommon for hundreds of turtles to die at once.

But it also sets up a trap. As the ocean warms overall, turtles are moving northward to find food and new nesting grounds: one green turtle, which would normally lay its eggs in South Carolina or Georgia, made a nest in Delaware in 2011. Other turtles forage as far north as Cape Cod Bay in Massachusetts. But sudden freezes will still be more common in those northern regions. What that means for the questing turtles still isn’t clear.

Manatees have a similar relationship with the cold. They overwinter in warm springs along the Florida coast, and even the hot outflow from power plants. If caught outside in water colder than about 68 degrees Fahrenheit, though, they can die of exposure.

In some cases, that’s because of hypothermia—but cold water also causes the animals’ hormones to go haywire. A 2003 study found that a range of strange, deadly symptoms, from skin sores, to weight loss, to pneumonia, could all be traced back to those hormonal changes. The hormones throw off the manatees’ immune systems, making them more vulnerable to both environmental pollutants and pathogens.

They have a long way to go before they’ll overwinter outside Florida, but even now, the manatees are appearing further and further afield, from the northern Gulf Coast to the Chesapeake Bay. That’s partly because their populations have expanded over the last 50 years, and partly because they’ve found new manmade warm-water refuges.

Figuring out where such refuges will appear is an important next step for understanding the movement of all these organisms, Osland says. Many of them are deeply unexpected: manatees have even been found using pockets of warm water at the bottom of canals to overwinter otherwise deadly conditions in Florida. Where the mammals will seek shelter next is still unknown.

The last hard freeze Richard Brusca remembers around Tucson took place in 2011. “What it looks like is, you get up in the morning, and every plant in your yard is dead.” When Brusca, a conservation biologist at the University of Arizona and the director emeritus of the Sonoran Desert Museum, drove out to the desert, he could see something funny about the giant saguaro cactuses. “If you’re around saguaros day in and day out, you see something in the skin. There’s a funny softness to the epidermis.” Over the next months, arms began falling off the plants.

That freeze killed off nearly a third of the saguaros in Arizona, which didn’t used to be so unusual.

Saguaros, like the mangroves, are at the very northern tip of their range in Arizona. They’re confined to the expanse of the Sonoran Desert, which is bounded, like the edge of a bowl, by the end of the Colorado Plateau to the north. “The tropical cactus, the desert ironwood tree, all of these are plants that had their origins in tropical deciduous forests of Mexico,” he says.

They too are pushing their way out of the bowl, into the oak-pinyon pine forest above. Brusca recently recreated a seminal ecological survey from the 1960s, tracking forests as they changed from the desert floor to the peak, 7,000 feet above. “We discovered that most of the plants, as you might predict, have moved upslope,” he says. What was unexpected was the speed: “Alligator juniper, for example, had moved upslope 1,000 feet in just 60 years.”

Down below, he says, “there’s this huge forest of dead juniper, the tail end of the whole population moving upslope.”

But a hardy plant called buffelgrass, introduced to the region as cattle feed, is also moving north. It’s a cold-hater, like the saguaros, but unlike the saguaros, it readily catches fire. “Every cactus, they get burned up and die,” Brusca says, leaving just the buffelgrass. Both plants may end up spreading north, but it’s easy to imagine a future where the grass has taken over, and turned the desert into something closer to a savannah.

Across the board, says Williams, the entomologist, species that are quickest to adapt to new climate conditions are thriving, and might even be the landscape we see outside our windows in 30 years. But that comes at a cost. “We’re seeing declines in a range of more specialized species, and an increase in these sort of thermal generalists.”