The Week In Drones: Protecting Tigers, Chasing Storms, And More 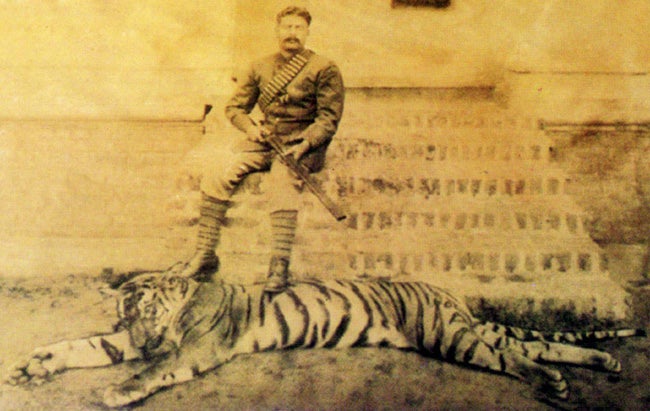 It’s a neat trick, but it’s one we’ve definitely seen before.

Robot Lifters For The Future

Unmanned vehicles appear a few times in the House Subcommittee on Tactical Air and Land Forces section of the 2015 defense authorization bill. If passed, it would allow other agencies or companies to, with permission from the Department of Defense, use military airspace for drones. Another section requests a new missile for Reaper drones, probably like this one. The robotic heart of the bill concerns cargo drones. It reads: “the committee encourages the Department to implement a program of record for this unmanned cargo helicopter system as part of the fiscal year 2016 budget submission.” This won’t be the first military cargo drone in use, but it means the future will be less about testing drones to carry freight and more about relying on them to do so.

This short video by David Chen shows a mountain road from above. It’s a pretty animated scene, a long portrait of the world from above. The rotors visibly identify the drone as a quadcopter. In the future, roadside drone portraits could become the polaroids of travel photography.

At the Panna Tiger Reserve in India, officials started testing drones as a way to watch and protect their endangered charges. These drones have a 6-foot wing span and a range of 25 to 40 miles. They can stay in air for 45 minutes at an altitude of 650 feet. This isn’t the first high-tech challenge for tiger protection at the Panna Reserve. Last October, hackers tried to break into the emails that contained tiger location information.

Who You Gonna Call? Goosebusters!

The “Goosebuster” is a quadcopter with a mission to scare geese away from beaches so their poop doesn’t pose a health risk. Fun fact: goose poop poses a health risk! More power to anyone who can turn flying a robot at birds into a job.

After a tornado tore through Arkansas, a journalist used a drone to document damage in the tornado’s path. The FAA is investigating the legality of that drone use. Drone journalism exists in a legal grey area, where the free speech rights of the press clash with the FAA’s efforts to crack down on illegal commercial uses of flying robots.