The Week In Drones: Car With Built-In Quadcopter, Fighter Jet Crash In New Mexico, And More 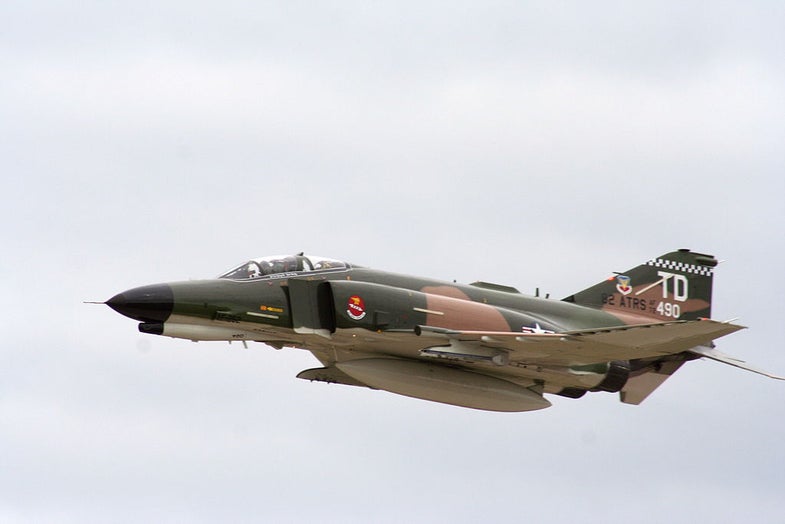 Retired military fighter jets sometimes get a second life as flying robot targets. F-4 Phantoms, the dominant U.S. fighter jet during the Vietnam War, are now commonly converted into drones and used as dummy targets, with the designation QF-4. One of these crashed near White Sands National Monument in Southern New Mexico this morning, prompting officials to close the monument.

Concept Car Comes With Onboard Drone

Made by France’s Renault, this Kwid concept car includes a quadcopter that can be piloted by passengers. Concept cars are inherently gimmicky, and this is no exception. In the video below, the drone does less scouting the road ahead (a totally useful thing car drones could do) and instead spends all its time navigating the curves and interior of the Kwid.

Watch this weird concept video about it below:

People in Hartford, Conn., questioned a man who was operating a drone near the scene of a car crash, and the FAA launched an investigation into his actions. Right now, private use of drones is legal, but commercial use is forbidden by the FAA without express permission. This includes the use of drone for journalism, though first amendment advocates argue otherwise.

Journalists in other countries don’t have to worry about the FAA forbidding their drone use. The Sunday, the Salvadoran newspaper La Prensa Gráfica used a drone to record people lining up to vote for the presidential election.

ReRoll, a survival roleplaying game about a future Earth beset by crises, is using Sensefly eBee drones to try to 3-D map the entire planet for a video game.

Because ReRoll is a survival game, the vast space of Earth and the distances between people are important. It’s an ambitious undertaking, and likely the game will begin before the whole world is mapped, but eventually, hiding from enemies in the vast tracts of Siberia may become a viable strategy.

Watch a video explaining the mapping and the game below:

The Former Governor Of Minnesota Is Hiding From Drones In Mexico

Jesse Ventura, formerly a professional wrestler and governor of Minnesota, appeared on national television as one of many talking heads debating the state of the middle class in America. Ventura, though, was nowhere in America. As he told the host and fellow panelists, he was in Mexico, hiding from U.S. drones. Unfortunately for him, the United States has used both manned aircraft and drones to help Mexican police, so he’s actually more likely to be found by an American drone in Mexico than he is within the lower 48. Also, going on national television isn’t really a great strategy for staying hidden.