The Week In Drones: Cameras Over Kiev, The Future Of Air Combat, And More 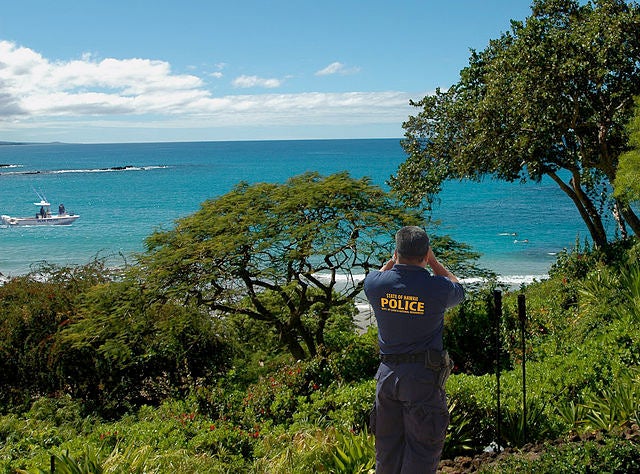 Santa Fe Aero Services, a northern New Mexico-based aircraft maintenence shop, recently partnered with Robotic Skies, a newly launched Albuquerque-based drone repair network. By making a network of repair sites, Robot Skies wants to making sharing drone schematics and technical information, so mechanics can quickly learn how to fix the machine someone just brought in for healing. The end goal? Find aircraft mechanics who are already working, and prepare them for a future of repairing robots.

For several months, protesters gathered in city squares in Ukraine, specifically in the capital of Kyiv (or Kiev, if you favor the Russian). The origins of the protest, and its evolution toward the fiery scene below, are complicated. This footage, captured by a drone, shows a wall of fire on one side of the protester’s camp in Maidan Nezalezhnosti, or Kyiv’s central square.

In another video from the protests, a green laser is pointed at a media drone, trying to blind its camera.

The Washington Nationals have a drone. Or at least, they’re using one to film promotional images of the team from overhead. This is technically a commercial use of drones, which the FAA still hasn’t approved of, but maybe a lovable baseball team will have more legal luck than journalists.

This week’s gimmick drone is an identification card-delivering robot from Dubai. Here we have all the hallmarks of a gimmick drone video: smartphone ordering, laptop control, inflight cameras, frequent jump cuts, and a view on the ground. This robot does have the benefit of realistic cargo; ID cards are small, and the drone could easily carry one in an internal compartment. Which is great, until a strong gust of wind lets someone steal your identity.

This week, the Hawaiian Senate advanced a bill to regulate unmanned aircraft. Here are some of SB 2608’s key provisions:

This bill is really great at restricting drone use by law enforcement: stored information can only be kept for 30 days unless it’s related to a trial; for most uses police need a warrant to fly a drone (exceptions are missing persons, disaster relief, and counter terrorism); and all police drone warrants are reviewed at the end of the year. The problem is that, as good as this bill is about restricting drone use for police, it’s stricter for everyone else. As written, law enforcement are the only ones allowed to fly a drone that takes pictures or record film. Everyone else, be it a company, journalist, or a kid playing with a flying camera, is out of luck.

Next week, DARPA is holding a conference in northern Virginia to start tackling the problems of future air-to-air battles. DARPA wants the military and industry to figure out “Distributed Battle Management,” or how to organize a sky with both manned and unmanned aircraft fighting alongside one another.