In Defense Of The Stink Bug

The stink bug has gotten a bad reputation thanks to its unfortunate name. Here's what it should be called instead. 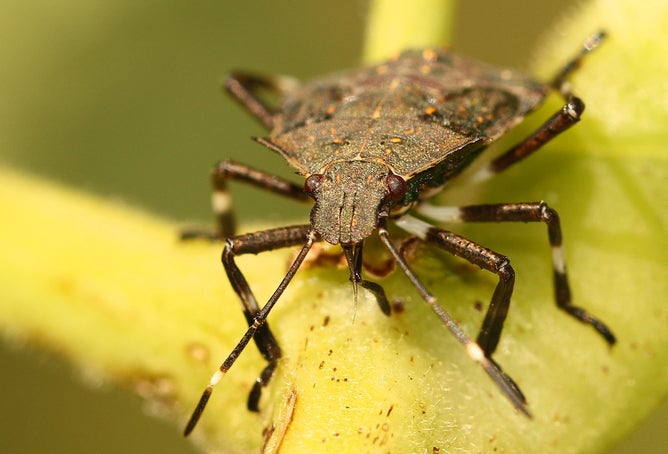 Stink bug. As names go it is a PR disaster, each of the words alone hardly endearing, and, in combination, wholly off-putting. Which is a shame because stink bugs have a perky charm, a distinctive style and, for an insect, a surprising concern for their offspring.

The trouble is that a new member of their clan is on its way to the UK: the marmorated stink bug, Hyalomorpha halys. The press is on the case, combining a distrust of anything arriving from the continent to live in the UK with dire warnings of damaged apples and nasty smells. 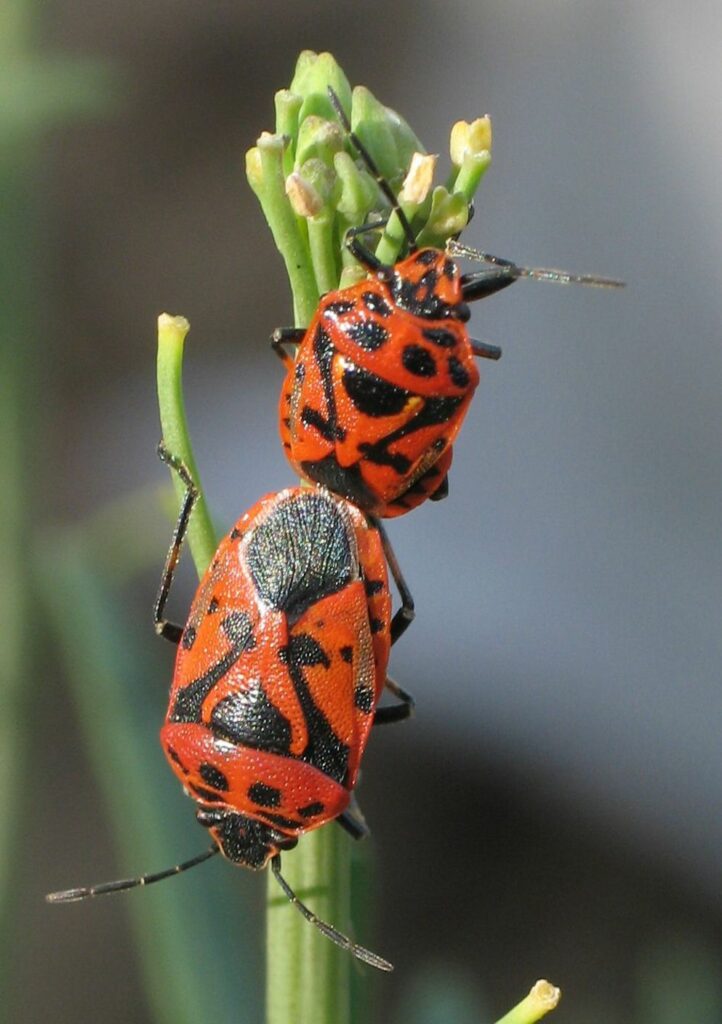 Stink bugs deserve a better name and they have one: shieldbugs. This is the much more widely used name in the UK for the Pentatomidae, Scutelleridae and allied families of the order of insects called the Heteroptera, or true bugs. All of them have glands producing nasty smelling defensive secretions, but they are also united by many much more likable characteristics.

The UK has an enchanting selection of native species, such as the forget-me-not shieldbug, ornate shieldbug and parent shieldbug. A much more enticing set of names, hinting at their often striking form and behavior.

Most are less than a centimetre long, either neatly oval or akin to a medieval knight’s triangular shield. Some such as the hawthorn and red-legged shieldbugs have sharply angled front corners to their thorax, giving a hint of 1980s shoulder pads.

Many are brightly colored, black and white or with bold yellow or red. Even the more conventionally dowdy brown or green species often sport zebra striped antennae and are edged with a black and white checkered border. The marmorated stink bug goes in for this checkered style too: marmorated refers to a marbled-effect pattern. The “marbled shieldbug”. That sounds much better.

The marmorated stink bug often feeds on soft fruit which it probes using a long proboscis to suck the juices.

If fruit are attacked by large numbers of bugs the puncture wounds disfigure the crops and they are no longer marketable. Some bugs also have the potential to transmit crop diseases.

On the other hand this group of bugs includes many species that show devoted parental care for their eggs and newly hatched young. The adults stay close to batches of eggs, often squatting over them, to fend off predators. When the young hatch they cluster together much like a proud gaggle of primary school children on their first outing.

What provokes the greatest ire, however, is the smell. Glands between the first and second pair of legs release a foul odor if the bugs are attacked. The stink from a marmorated bug is like a nasty version of coriander and very persistent.

Over the past decade the bugs have spread from their original home in China, Japan and Korea to become established as an invasive species in the US, where they are considered a major agricultural pest.

Get used to the smell

I’ve had a soft spot for shieldbugs ever since receiving a letter from a member of public wondering if I could identify the strange insect she had found. Inside the letter, immaculately displayed where the sorting machine had squished it flat, was a birch shieldbug, laid out with a precision to gladden the heart of the most painstaking curator.

While many dead insects shrivel or curl, the shieldbug’s tough design holds its shape, the curves and fins reminiscent of American 1950s automobiles. 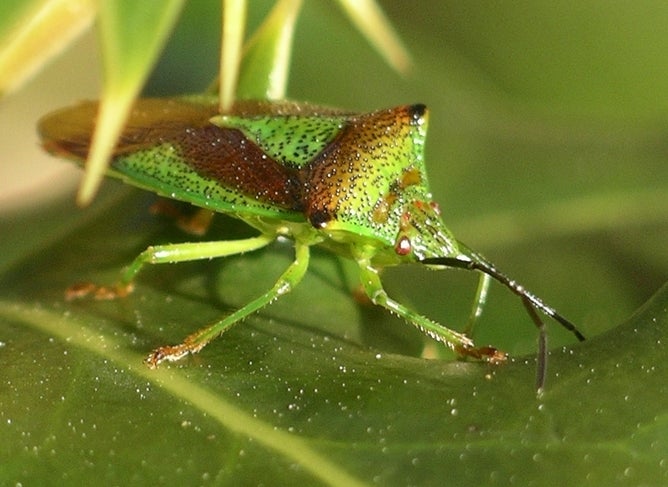 You may have seen this car in Cuba

The live bugs are even better. They tend to walk slightly high on their front legs lending an inquisitive air. They do not scuttle or jump but instead the legs on either side alternate back and forth much like a wind-up toy. Everything about them is slightly retro, a steampunk insect.

The bug is likely to be on its way to the UK. A few stink bugs have been found in passenger luggage from the US but the real invasion threat is cross channel, part of a trend for continental insects to establish in the UK in recent years.

Many have gone unremarked outside of specialist insect newsletters but others have attracted wider attention such as the willow emerald and small red eyed damselflies. This summer saw a widespread scatter of the scarce tortoiseshell butterfly, recorded only once before in the UK.

We like damselflies and butterflies. Less lovely is the spread of the bluetongue virus, a livestock disease that seems to have arrived with midges. What all these cases have in common is continental, warmth-loving species expanding their ranges north-westwards across Europe and hopping over to the UK.

The marmorated stink bug is a good flyer. It is spreading. Maybe we should start calling it the marbled shieldbug and wait to see if it is quite the nuisance that its press suggests.

Mike Jeffries does not work for, consult to, own shares in or receive funding from any company or organization that would benefit from this article, and has no relevant affiliations.